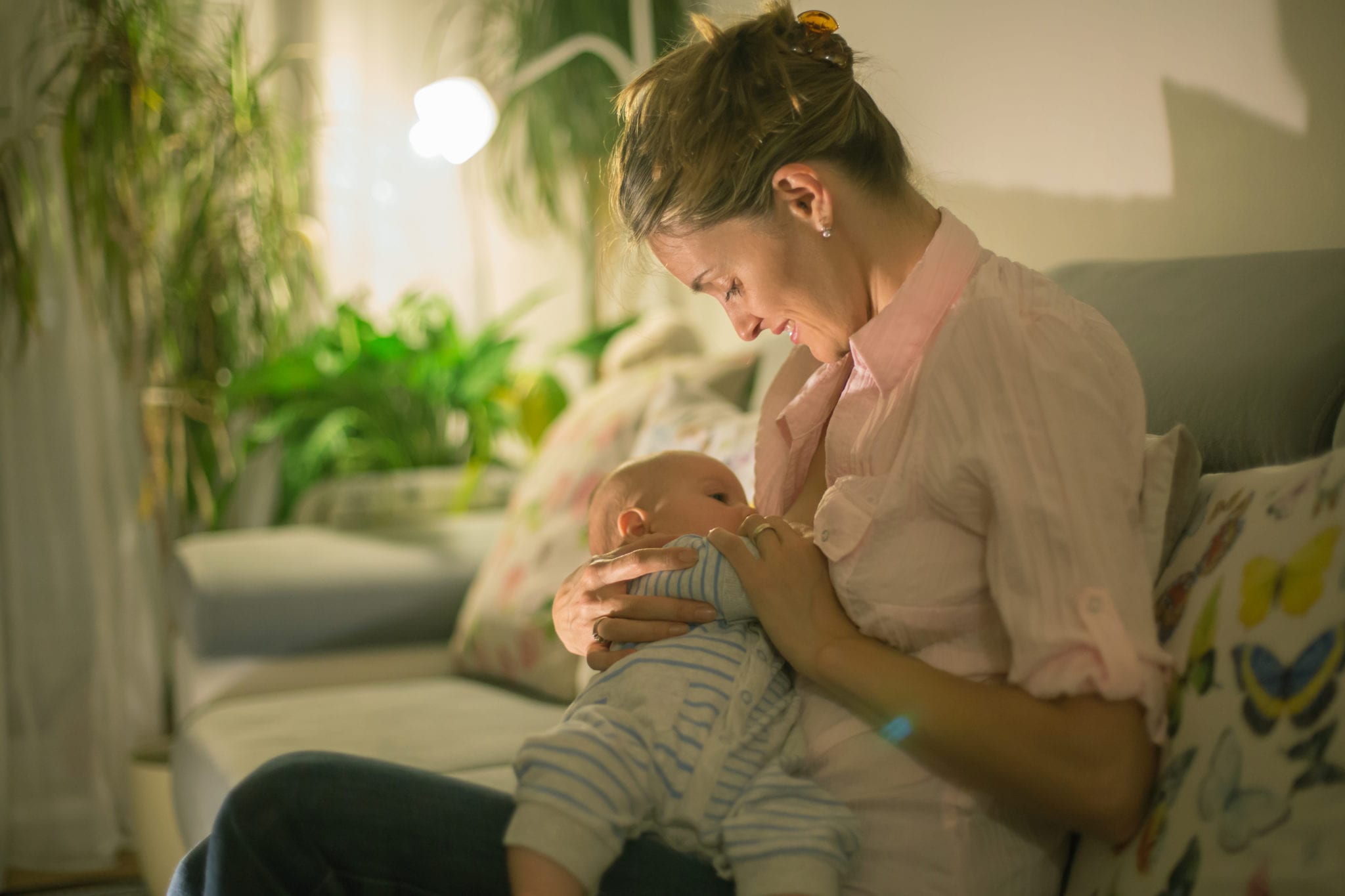 Cannabidiol, or CBD, is being touted as a cure-all for everything from anxiety to insomnia and it has been popping up everywhere the last few years in all sorts of products from anti-aging creams to soft drinks and dog treats.

But despite the social phenomenon, experts are warning that more human research is needed to back up the claims. And this gap in research evidence is leaving pregnant and breastfeeding mothers wondering about using CBD because it has shown promise in treating symptoms that are often experienced during pregnancy and postpartum such as nausea, pain, vomiting and depression.

The fact that there is limited data on CBD combined with the numerous personal accounts that it works wonders, especially on the pains of growing, birthing and caring for a new child in this world, it is leaving pregnant and breastfeeding women in a moral quandary: Is this stuff really safe for me and my baby?

A quick online search on CBD and one finds a plethora of material to sift through – from celebrity endorsements to Kim Kardashian’s CBD-themed baby shower, among a slew of blog posts dubbing it a new miracle medicine – which presents a challenge for new and expecting mothers to find credible research on CBD and how it may effect their baby’s development.

“There’s a real significant lack of evidence with CBD,” said Dr. Robert Tanguay, a pain psychiatrist in Calgary. “There’s a lot of anecdotal evidence and a lot of opinions, but when we start to really try to dig into the truth of it all it gets really, really difficult.”

The chemical compound CBD is derived from hemp or cannabis and is one of the 100 natural cannabinoids found in both plants. And unlike the most abundant compound tetrahydrocannabinol (THC), it is not psychoactive and won’t get you stoned, which is why much attention has shifted towards CBD as a safer therapeutic remedy for a number of ailments.

With cannabis now legal in Canada, Tanguay expects a surge in research on CBD as medical professionals want to help inform the growing number of people asking them about the potential health benefits and risks, including the effects on women who are pregnant and breastfeeding.

In fact, Tanguay is one of 14 recipients who received a $100,000 grant issued from the federal government last year to look at the health effects of cannabis. He says his research will examine if CBD is an effective way to treat headaches at the University of Calgary.

Even with the expected up-swing in CBD research, Tanguay still cautions that it’s a complex substance and will take years to determine whether the plant extract is safe to use – especially for expecting and lactating mothers because of how intricate brain development is in fetuses and infant babies.

“The reality is simple that this was an illicit substance until recently and illicit substances are hard to do research on, so we are a good 100 years behind on understanding this plant,” he said.

“So it’s not a panacea, it’s not a cure-all for everything, but there may be some really good medical benefits – we just have to try to figure these out.”

To date, there is only a small list of medical issues CBD actually has conclusive evidence it can treat, a notable one being two rare seizure disorders in children. There are some studies that shows combining CBD with THC has shown it can effectively treat chemotherapy-induced nausea and vomitingand neuropathic pain.

Tanguay said there has been some interesting research from a team of neuroscientists at the University of Sao Paulo in Brazil who have studied the effects of CBD for over 20 years. A 2010 study showed promising signs that CBD can be effective in treating an anxiety disorder.

But overall, most studies haven’t reached the clinical stages yet and are only in the pre-clinical trials, meaning they are not being tested in humans, but rather in rodents and cells and there is no exclusive research yet on its effects on pregnant or breastfeeding women. So ultimately, Tanguay said women seeking answers on CBD should ask their healthcare practitioner before experimenting.

And like most medical professionals, Tanguay advises pregnant and breastfeeding women abstain from using cannabis, including CBD. He explains all human brains have a complicated endocannabinoid system and because CBD is a cannabinoid, it interacts with the human brain in ways that aren’t understood yet and this could cause complications in the fetal brain that is developing.

He adds the official stance from the numerous pediatric groups and the Society of Obstetricians and Gynaecologists of Canada (SOGC) is for pregnant and breastfeeding women to avoid all marijuana ingestion, including CBD.

Dr. George Carson is the former president of the SOGC and said he has seen a rise in pregnant and nursing mothers asking about using cannabis now that it is legal. According to Motherisk, a clinical research program at the Hospital for Sick Children in Toronto, they receive three calls per week from nursing mothers inquiring about cannabis use.

“One of the dilemmas we have encountered at the Obstetrics and Gynecology Society is making the difference with the fact it’s legal, I think it’s a good thing, but being legal doesn’t necessarily mean it’s safe,” said Carson adding that between 5 and 15 per cent pregnant women are using it.

Carson, who is a senior medical officer and practices obstetrics at Regina General Hospital, said it is concerning to physicians that many women come in thinking cannabis is a natural plant so it is safe to use as a medicine. In fact, according to research conducted at the University of British Columbia, up to one-third of pregnant women believe it is risk-free to use cannabis while expecting.

Carson and Tanguay both point out the limited studies conducted with cannabinoids and pregnant or lactating mothers almost exclusively looks at THC only. For example, one study shows smoking cannabis during pregnancy can cause low birth weight and higher neonatal intensive care unit admissions. While another shows long-term effects of cannabis use show problems with cognitive development later on in life in children that were exposed to cannabis in the womb. In addition, there is some research that shows small amounts of concentrated THC can be found in breast milk even days later.

However, they admit THC and CBD are two different chemicals and there isn’t any conclusive evidence on what CBD does alone to the fetus or to infants who are breastfeeding.

One of the rare studies that strictly looks at CBD and its effects on placenta concludes that the compound may change physiological characteristics of the placenta. But again, this study was conducted on cells and was looking at large amounts of CBD over one to three days, in much higher doses than what a person typically consumes.

And because there’s no clear evidence that CBD doesn’t interfere with brain development it doesn’t mean it can’t cause harm and both Carson and Tanguay hope new and expecting mothers are prudent in seeking treatments that are proven to be safe and effective.

Carson said he sees first hand that postpartum depression is a serious issue. According to Health Canada, in the postpartum period 7.5 per cent of women report depressive symptoms.

“Depression is a really serious thing,” he said. “We actually lose women to suicide after a pregnancy, which is really sad. So if they have postpartum depression it is really important to treat it, but the point is that we have safe and effective treatments.”

Carson said depression is a chemical imbalance in the brain and anti-depression medication is clinically proven to properly balance those chemicals to the right levels and there is no proof that CBD does the same thing.

In several online blogs, CBD is considered safer than using pharmaceutical drugs for pregnant and breastfeeding mothers because it is a natural compound and pharmaceuticals can have adverse side effects. But again, both Carson and Tanguay urge both the women and their doctors to foster an open dialogue and consider treating conditions the best way possible.

“If it were my patient, I would suggest using evidence-based medications in postpartum,” Tanguay said. “But also suggest psychotherapy and intense follow up and working hand in hand with the patient, seeing them on a weekly or bi-weekly basis, and providing them with psychosocial support.”

Tanguay said he gets frustrated with the amount of misinformation there is online about cannabis and pregnancy and can’t stress enough for pregnant and breastfeeding mothers to exercise critical thinking when doing their own research.

“There’s a lot of bad information out there, partly for profit, and partly it’s fundamentalists that are down with the pharmaceutical companies,” he said. “But then you get the pop culture stuff, with reading things like Vice Magazine, and other articles about women who smoke weed while pregnant and advocating for themselves – that’s when things get a little bit weird, right?”

Another issue with CBD experts warn about is the fact that most of the supplements, oils, creams, food additives and cosmetics are unregulated by Health Canada and illegal. In fact, a study shows that only 30 per cent of CBD products contain what the bottle say it does. Some may contain THC and some may contain no CBD at all. Doctors suggest if you are going to try it go slow and come and talk to them if you do because CBD is known to also interfere with other drugs.

Overall, there are promising signs of the therapeutic use of CBD. Even the World Health Organization made headlines last year with a report that it poses no health risks and there could in fact be evidence that it can help treat Alzheimer’s, Parkinson’s disease and cancer.

But the bottom line is there is currently there is simply not enough credible information on CBD for pregnant and breastfeeding mothers.

In fact, Mugglehead attempted to get in touch with 20 experts who research CBD for this story, but most declined comment because they would simply be speculating with how it affects pregnant or lactating mothers and have no facts to go on.

“As you know, the legal situation in the US makes it very difficult to get CBD to test in humans,” writes Dr. Celia Hillard from the University of Wisconsin in an email. “And, yes, there is already a big up-swing in research on it and that will continue. It is sold at Walmart, but I have to store in in a safe bolted to a lab bench in my lab! It is really a crazy situation,”

With hemp now legal in the U.S., Hillard and other American researchers are hoping it will be easier to conduct CBD research by taking it off the Schedule 1 controlled substances list, which makes it virtually impossible to do clinical studies.

But for now, Carson and other doctors say it will take probably a decade or more realistically to understand what CBD does to fetuses and toddlers exposed to the compound because long-term data would be needed to check on the emotional status or the intellectual capacity of a child as it matures to around 10 years old to understand the real effects.

“I think there is a surge of enthusiasm to fill the knowledge gap and people are starting to work on it and they have started on it as soon as they legally could,” he said. “But the point is that it takes years, not weeks or months.”

In this article:breastfeeding, cbd, mothers 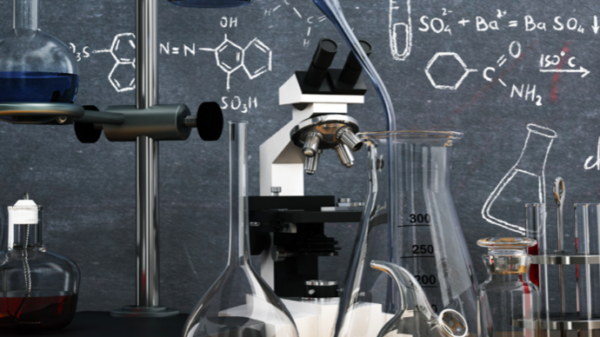