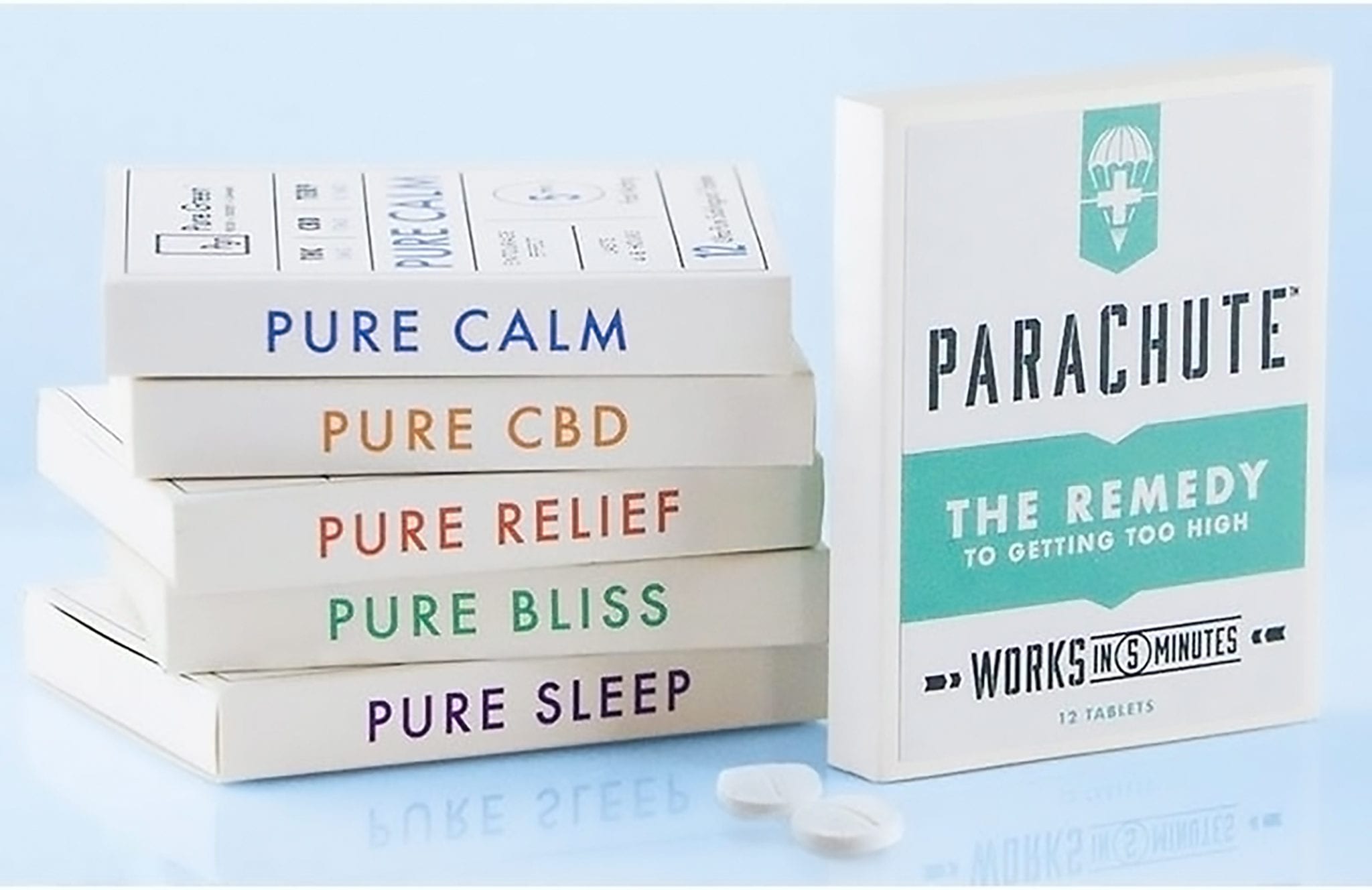 New marijuana users can run into trouble while learning what dose is right for them — especially when it comes to edibles with their delayed onset of the psychoactive effects. But one company believes they have a solution for cannabis users who get too high, too fast.

Michigan-based Pure Green, a company that sells sublingual THC and CBD-infused tablets, claims its product the Parachute Pill can help cannabis consumers come down if they get too high within five minutes.

“A lot of people, especially when they use cannabis edibles, they get way too high. And its anxiety-provoking. They’re upset, and it takes hours for them to get back to being normal. So we really wanted to help them,”said Steve Goldner, Pure Green’s CEO.

The mint-flavoured tablets contain “pharma-grade cannabis-derived CBD” along with select terpenes to help offset the effects of excessive THC. They come in packs of two or 12 and are expected to be good for up to two years, according to the company’s Weedmaps description.

The company says THC dosing mistakes happen not only for new users and waiting hours for the effects to wear off may bring on unexpected anxieties and paranoia. For Pure Green its tablets provide an easy way to deal with the unpleasant experience.

Currently, the Parachute Pill is only available in Michigan.

Michigan man invents ‘Parachute’ pill for marijuana consumers who get too highhttps://t.co/NvJzHKTji9

Why product could support the cannabis industry

In Colorado, the number of marijuana-related emergency room visits — where patients have showed up with symptoms such as repeated vomiting, racing hearts and psychotic episodes — has surged since the state legalized recreational cannabis in 2014. The lack of data in other states that have legalized cannabis for adult use makes it difficult to assess if the issue is widespread.

But the spike in hospitalizations among cannabis users is a concern for the industry in the U.S. if it wants to continue to grow and push for federal legalization.

In Wisconsin, lawmakers introduced a medical marijuana bill this month that may have a hard time getting passed. The state’s Republican Senate Majority Leader Scott Fitzgerald has cited the rise in emergency room visits as a reason he doesn’t support the measure.

Being able to bring down the high for pot users who have consumed large amounts of THC could go a long way for both the user’s health and the potential consequences for the industry. Also, for medical marijuana patients and consumers who enjoy cannabis-infused edibles, Pure Green believes it is a good idea to have its Parachute Pills in case of an emergency.

In Canada, meanwhile, black market products have surfaced that plastered with fake labels to make them look like licensed products. Inaccurate information could potentially leave a user with unexpected consequences by consuming a different dosage than expected.

With the black market still thriving in many regions with legal markets, it’s going to be important for consumers to have a way to be able to offset unwanted effects in case of an accidental overdose.

By having a safer cannabis experience and fewer issues that opponents can use as ammunition in fighting legalization efforts, the industry will be in better position to grow in the long run. If the Parachute Pills prove to be successful, there could be significant demand for Pure Green’s product. But the company will need to start selling the item in other U.S. states and jurisdictions before it can really catch on.

In this article:cbd-based medicine, michigan, Pure Green, US legalization, Wisconsin