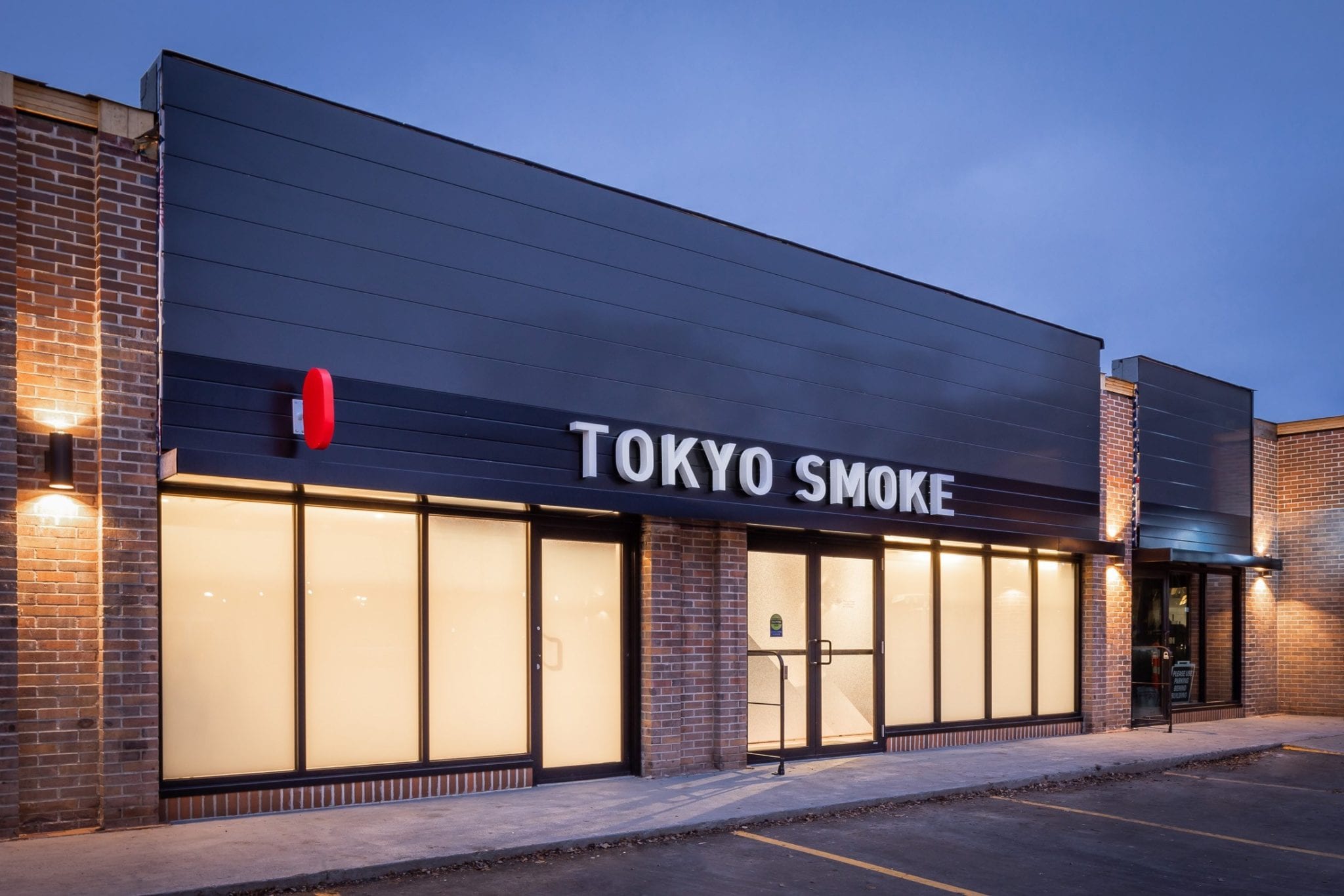 Canopy Growth (TSX: WEED and NYSE: CGC) is getting the jump on its cannabis retail competition in Canada’s largest weed market.

The pot giant said Monday it will be working with 10 of Ontario’s newest retail licence holders to launch new stores across the province under its Tokyo Smoke banner.

The move came on the same day the Ontario government took its first step to open up the market for cannabis stores after scrapping its contentious lottery system.

The Alcohol and Gaming Commission of Ontario began accepting applications yesterday for people who want to become licensed retailers. The first step in the process is screening for past convictions. If an individual passes that stage, they can then apply for a specific address after March 2. By April, the province aims to open 20 stores each month for the remainder of 2020.

But Canopy has effectively skipped the queue by joining forces with 10 of the winners of Ontario’s second cannabis retail lottery, held last August.

The second lottery offered up 42 store licences, while the first lottery doled out 25. Both lotteries drew sharp criticism for excluding established retailers, and for creating clusters of winners in small areas of the province.

After the winners of the second lottery were announced, the former president of the government-owned Ontario Cannabis Store revealed yet another issue. David Phillips said licencees were essentially holding a golden ticket that could be auctioned to the highest bidder.

Reports surfaced after the first lottery that larger pot companies paid millions to use their brands or, in other cases, acquire the business altogether if regulators approved the sale.

Edmonton-based Fire & Flower (TSXV: FAF) made deals with two lottery winners in the first draw, but also criticized how the lottery created the bidding war in the first place.

In its press release, Canopy didn’t provide financial details of the deals it made with the 10 licence holders. The company was contacted but did not respond before publication.

The Smith Falls, Ont.-based producer will have a total of 12 stores in its home province once the latest batch of stores are licensed.

“With ten new stores set to open in the first half of this year, we are pleased with the momentum we’ve built and excited to bring the Tokyo Smoke experience to more Ontarians,” Canopy president Rade Kovacevic said in the release.

The additional 10 stores brings the company’s total up to 37 locations across Canada.

Canopy growth says it has more stores planned for the rest of year, but didn’t specify if it will be applying in Ontario under the province’s new rules.

Currently, Ontario’s legal weed lovers have 25 brick-and-mortar stores and an online portal to buy their cannabis. That’s around one store per 600,000 people, according to Canopy. By comparison, Colorado’s weed market has one store per 10,000 residents.

“The inability of the Ontario government to license retail stores, right off the bat, has resulted in half of the expected market in Canada simply not existing,” former Canopy CEO Mark Zekulin said last November.

According to BDS Analytics, legal cannabis sales will reach around $6.8 billion by 2024, but Ontario will account for the lion’s share with $2.4 billion worth of sales.

However, the Canadian cannabis market so far has underwhelmed with less than $1 billion in sales in the first year of legalization. And many industry experts have blamed the dearth of Ontario retail stores as one of the main culprits for the lackluster financial figures.

“If you look at Ontario having approximately 1,200 points of retail sale for alcohol … and compare that to the 25 retail outlets for cannabis distribution and online as well, you can tell just by the numbers right there it is difficult for the consumer to get product,” cannabis lawyer Ranjeev Dhillon said.

Dhillon, based in Toronto, said more Ontario stores combined with the launch of cannabis 2.0 products should help right the ship.

Yesterday marked the first day Ontario allowed sale of edibles, topicals and infused beverages. Those products are expected to trickle onto shelves this week and ramp up in the coming months.