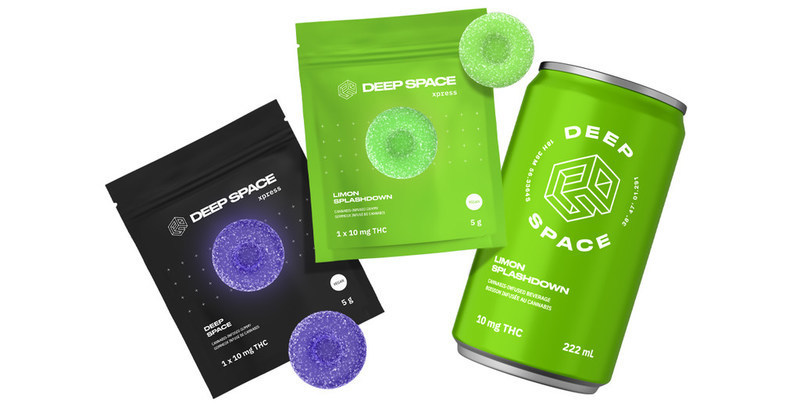 The company says the products will be available nationally.

Currently, Limon Splashdown is available in Manitoba and Saskatchewan with additional provinces rolling out in the coming weeks, a spokesperson tells Mugglehead.

The Xpress gummies will be rolling out to select provinces, including British Columbia, in the coming weeks.

Canopy cites internal data that 10-milligram drinks account for 45 per cent of infused beverage sales in Canada, and that its original Deep Space cola is a top-five seller in the segment.

It also points to data from Headset that edibles account for 71 per cent of edible sales in North America, and says innovation in the category continues to be a focus for the company.

The Xpress gummies will be available in the cola and Limon Splashdown flavours, designed to match the drinks.

The new offerings uniquely position Canopy “to capture market share as consumers look for products that deliver on both great taste and desired effect,” VP of beverages and edibles Tara Rozalowsky said in a statement.

In October, the company bought the rights to acquire popular American edibles brand Wana, when cannabis is legalized in the U.S. The deal involved an upfront cash payment of  US$297.5 million.

Canopy stock rose over 2 per cent Wednesday to around US$13.35 on the Nasdaq.

This article has been updated with comment from Canopy.