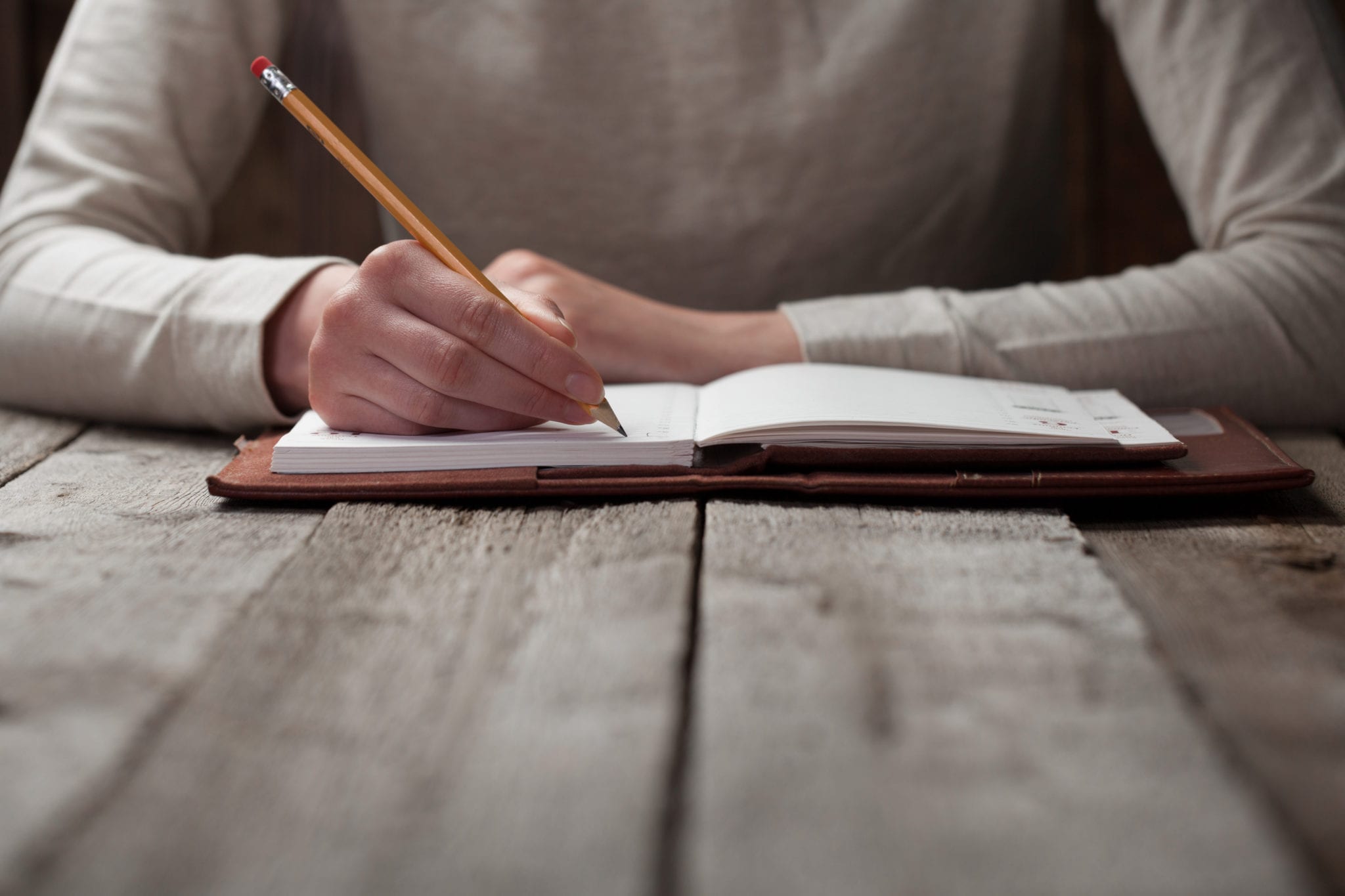 hand writes with a pen in a notebook

The cannabis industry is evolving rapidly, and we’ve seen some big moves happening lately that are going to have a significant impact on the retail environment both locally and internationally. Below are five companies you should be familiar with in the world of cannabis retail and the progress they’ve been making thus far.

New Age Beverages is one of the first-movers in the segment, and on Monday it made huge progress when it announced a deal with Walmart Inc (NYSE:WMT). The retail giant is going to carry New Age’s Marley drinks, which will be available as early as this month. It’s a big move for New Age as it puts its energy drinks in a big national retailer that will help The Company gain exposure.

This is such a great accomplishment for New Age to gain its first national distribution, and to do so with the world’s largest retailer in Walmart. This is just the first initiative that we expect to do with them on the Marley brand and other New Age products on which we are in active discussions. We know Walmart is equally as committed as New Age to providing healthier products for their customers, and we expect to make the full portfolio of New Age’s better-for-you products available as we expand the relationship.

New Age’s focus has been on offering healthy beverages for consumers as its Marley Mate products are low in sugar, calories and carbohydrates. All three of its flavors – Be Jammin’ Berry, Ya Mon Mint and Jamaican Me Mango will be carried by Walmart. The deal was a huge hit with investors as New Age’s stock skyrocketed more than 38% on Monday.

This could just be the start for New Age, as The Company is looking to launch CBD products globally later this year. While the deal with Walmart does not cover those products, it helps position New Age well for when it does as consumers will be more familiar with its brand.  The Company has started the year off strong and investors will want to keep a close eye on New Age as bigger things could lay ahead for 2019.

While New Age shares soared on it’s deal with Walmart, let’s not forget about another beverage company that already has it’s products in Walmarts across the nation.

The Alkaline Water Company and it’s Alkaline88® is already sold in over 47,500 retail locations nationwide in all 50 states, with a distribution that spans more than 150,000 stores, including 9 of the top 10 largest retailers in the entire U.S.  Two of these are retailers are giants Walmart (NYSE: WMT) and Krogers (NYSE: KR).

The Alkaline Water Company has also been making progress expanding its popular Alkaline88 drinks throughout Whole Foods locations across the country.

In March, The Company announced that 30 additional locations would be carrying the product, which now puts the tally at over 100 grocery stores. Alkaline Water hopes to be in all of the store’s locations by the end of next year. The Amazon (NASDAQ:AMZN)-owned grocery store provides a great way for Alkaline to gain exposure in the market as it too is working on developing infused beverages.

In fact, the Company’s hemp-infused beverages are expected to roll out over the course of the following weeks, making the Alkaline Water Company one of the first national U.S. beverage companies—and the first NASDAQ-listed company—to bring premium, hemp-infused alkaline water to U.S. consumers.

Alkaline recently announced that it is going to be working with The Ungerer Company, which has a long history of developing flavors and fragrances, to develop beverages together for its infused products. Ungerer has a lot of experience working with beverages while focusing quality as well.

We are thrilled be working with Ungerer. They bring over 125 years of experience and expertise to A88 Infused. Ungerer possesses the ability to produce 100% natural and organic flavorings. Ungerer’s all-natural formulations have given our new Alkaline88® flavored waters the perfect zero calorie infused taste demanded by our consumers

– Richard A. Wright, President and CEO of The Alkaline Water Company

Another area Alkaline is focusing on is home delivery. On Tuesday, The Company announced it would be offering home delivery of its premium Alkaline88 water in California. The Company is looking to expand beyond those borders, but it’s the first step in a new partnership for Alkaline.

– Richard A. Wright, President and CEO of The Alkaline Water Company

Aurora has been a bit of a sleeping giant that many investors feel is about to do something special. After bringing on a billionaire investor with loads of contacts spanning many industries, The Company has no doubt been looking at its options. Aurora also hired Carey Squires as Executive Vice President of Corporate Development and Strategy. Squires has lots of experience in banking and brokering deals as The Company looks to utilize his knowledge and expertise to help grow Aurora’s brand.

In this new position, Carey will be a core member of Aurora’s senior management team, executing on the development of key strategic initiatives, including partnerships and M&A opportunities. We look forward to working closely with Carey to leverage his extensive knowledge in the execution of our investor development, international growth and partnership strategies, sourcing potential accretive opportunities in the global cannabis industry and negotiating favourable business transactions

There’s a lot of work behind the scenes at Aurora, and with the edibles market set to legalize in Canada later this year, we’d be shocked if amid all these changes there wasn’t at least one big deal coming. In the meantime, the Company is also working on expanding its presence around the globe.

Recently, Aurora was awarded a contract where it will be able to supply 4,000kg (minimum) of cannabis to the German market over a four-year period. With more than 82 million people, it’s a significant market that Aurora will be able to tap into and grow its brand.

Aphria was also awarded the same size contract in the German market as Aurora. However, Aphria looks to be further ahead as it recently announced that it had launched its first CBD-based product for its cosmetics line, which will be sold in Germany. Under the CannRelief brand, the product will be distributed by CC Pharma, which is a subsidiary of Aphria which has a network of 13,000 pharmacies in Germany that it can tap into.

The Company plans to more products later this year as it is looking to continue building its international market.

Aphria is set to release its third-quarter results later this month which will offer some more insights into how the Company has been growing its brand across the globe. In Q2, sales were up over 154% year over year, and that was only up until November 30, with six weeks of the recreational market in Canada being included in those results. The upcoming quarter could be even more impressive as it will include a full three months of recreational sales.

Canopy Growth has been growing its retail brand in some pretty creative ways. While it’s limited in how it can develop the retail market with the province of Ontario putting in restrictions on producers, by joining forces with convenience store giant Alimentation Couche-Tard Inc (TSX:ATD.B), it has found a unique way to get around that: by licensing its brands and offering consulting services. While we don’t know how big this opportunity could become for Canopy Growth, it’s a clever way to gain access to and influence the retail market.

The Company has also continued to work on bringing big names into the fold, with the latest being Seth Rogen and his company, Houseplant. Canopy Growth has invested in Rogen’s company and looks to help it grow while also added to the notoriety of its brand as well.

We could not be more excited to partner with Seth, Evan and the entire Houseplant team. Together we will make Houseplant a cannabis brand synonymous with quality everywhere it is available

While these developments are great for Canopy Growth, we’re still waiting on the Company to give us some news on the progress it has made on beverages. It has been working with Constellation Brands, Inc. (NYSE:STZ) for a while now, and so far they have kept things tight-lipped. However, it’s only a matter of time before we see some news come out of there, and it could be a game-changer when it does.