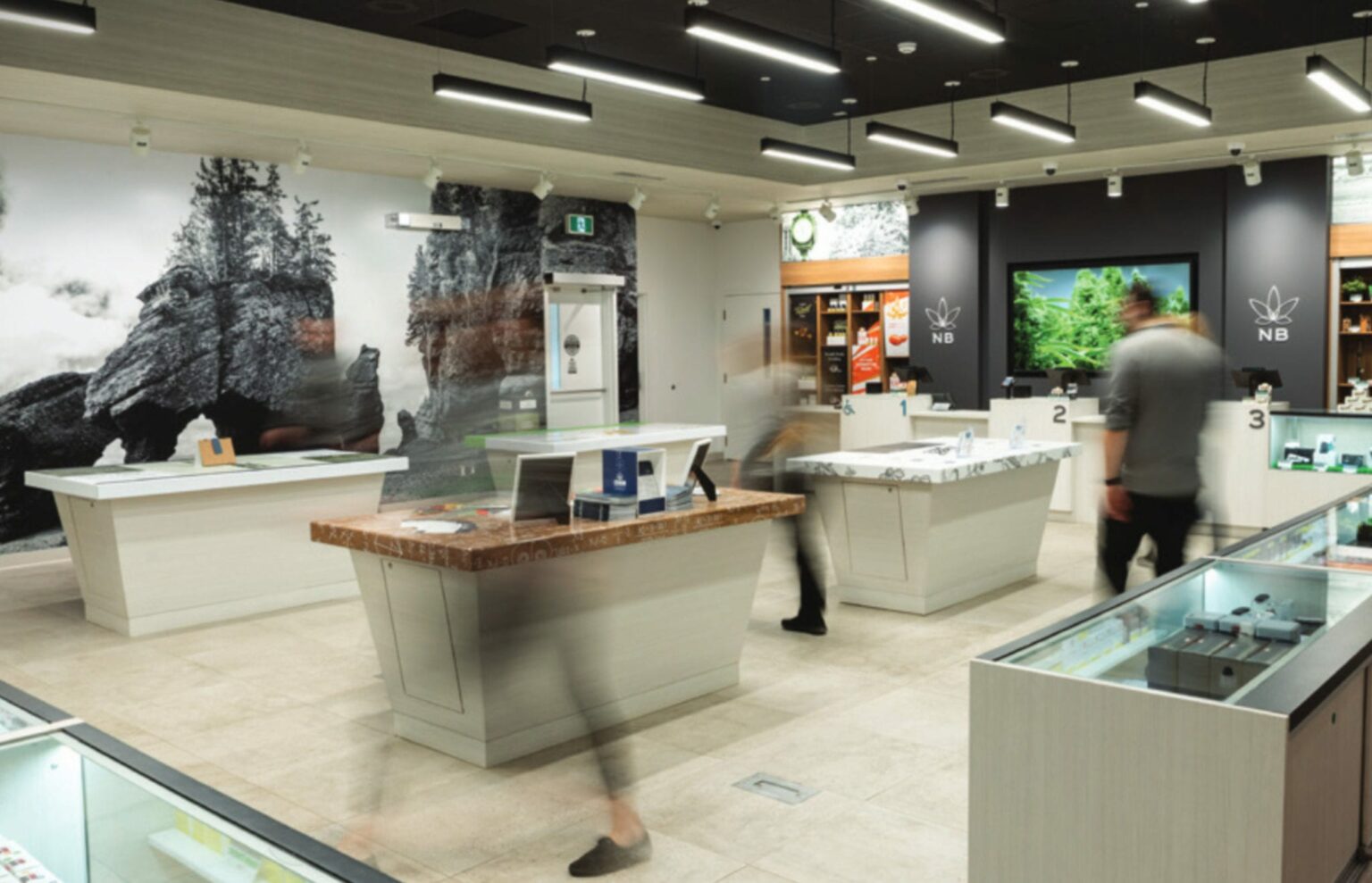 Cannabis NB stores are the only regulated option and there are currently 20 stores in 15 communities. Photo via Cannabis NB

Sales in New Brunswick’s provincial stores picked up over the summer, boosting profits to $4.7 million.

On Wednesday, Cannabis NB released its quarterly earnings for the 13-weeks ended Sept. 26, which shows total sales reaching $22.4 million, up 13 per cent from $19.9 million in the previous period.

Net income rose 34 per cent to $4.7 million from last quarter’s $3.5 million, when sales and profits only inched up slightly.

In-store sales account for 99 per cent of sales, with online sales covering around 1 per cent.

Cannabis NB stores are the only regulated option and there are currently 20 stores in 15 communities across the province.

“In terms of potential new stores, we are in the process of evaluating what will offer the best access and experience to consumers in NB,” reads an email from the provincial regulator.

According to cannabis retail data from Statistics Canada, July’s sales were the highest of the year for New Brunswick so far, though September’s numbers haven’t been released yet.

In an email to Mugglehead, a Cannabis NB spokesperson confirms the program is moving forward with some partners involved in discussion already, but there isn’t a firm date on when the first farmgate shop will open yet.

The program is intended to increase visibility for local licensed producers as well as provide an opportunity for cannabis tourism.