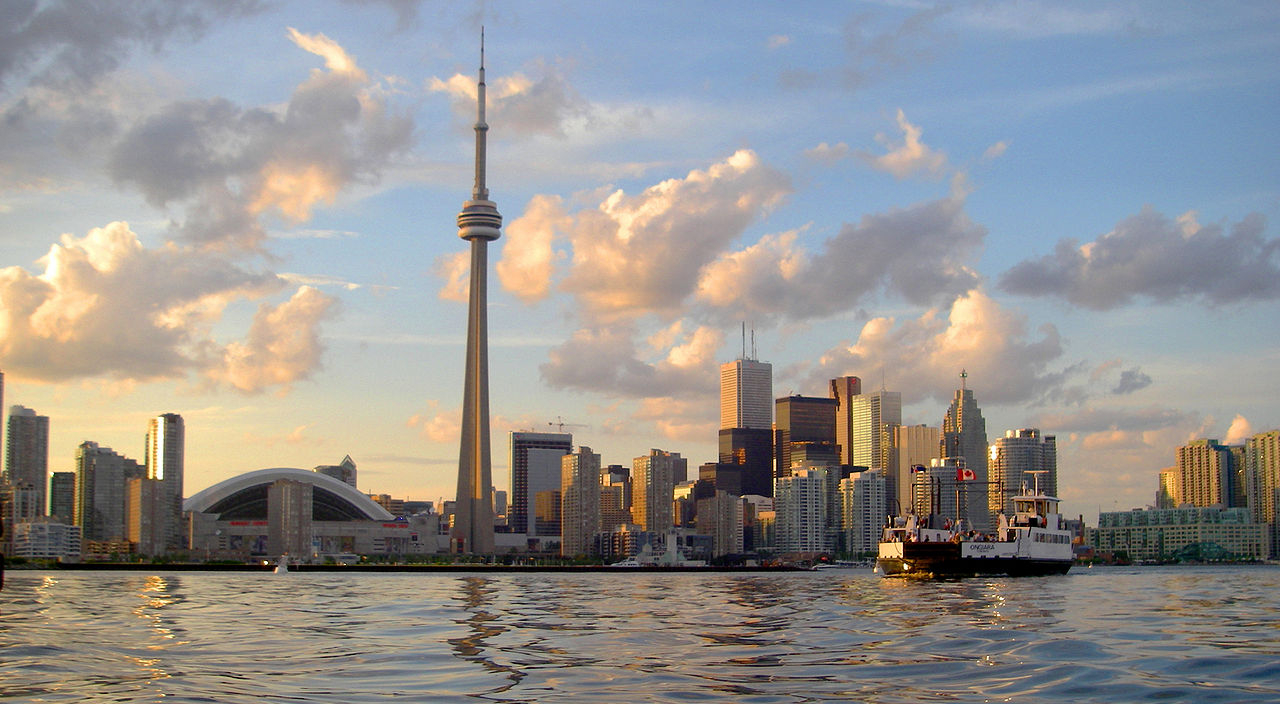 While vape and pre-roll sales tend to take a piece of flower sales as regional cannabis economies mature, dried buds have retained more of their popularity in Ontario, Canada’s largest and fastest-growing market.

A new report from data firm Headset shows that Ontarians’ stronger preference for flower extends across demographics, which includes some of the youngest adult consumers. 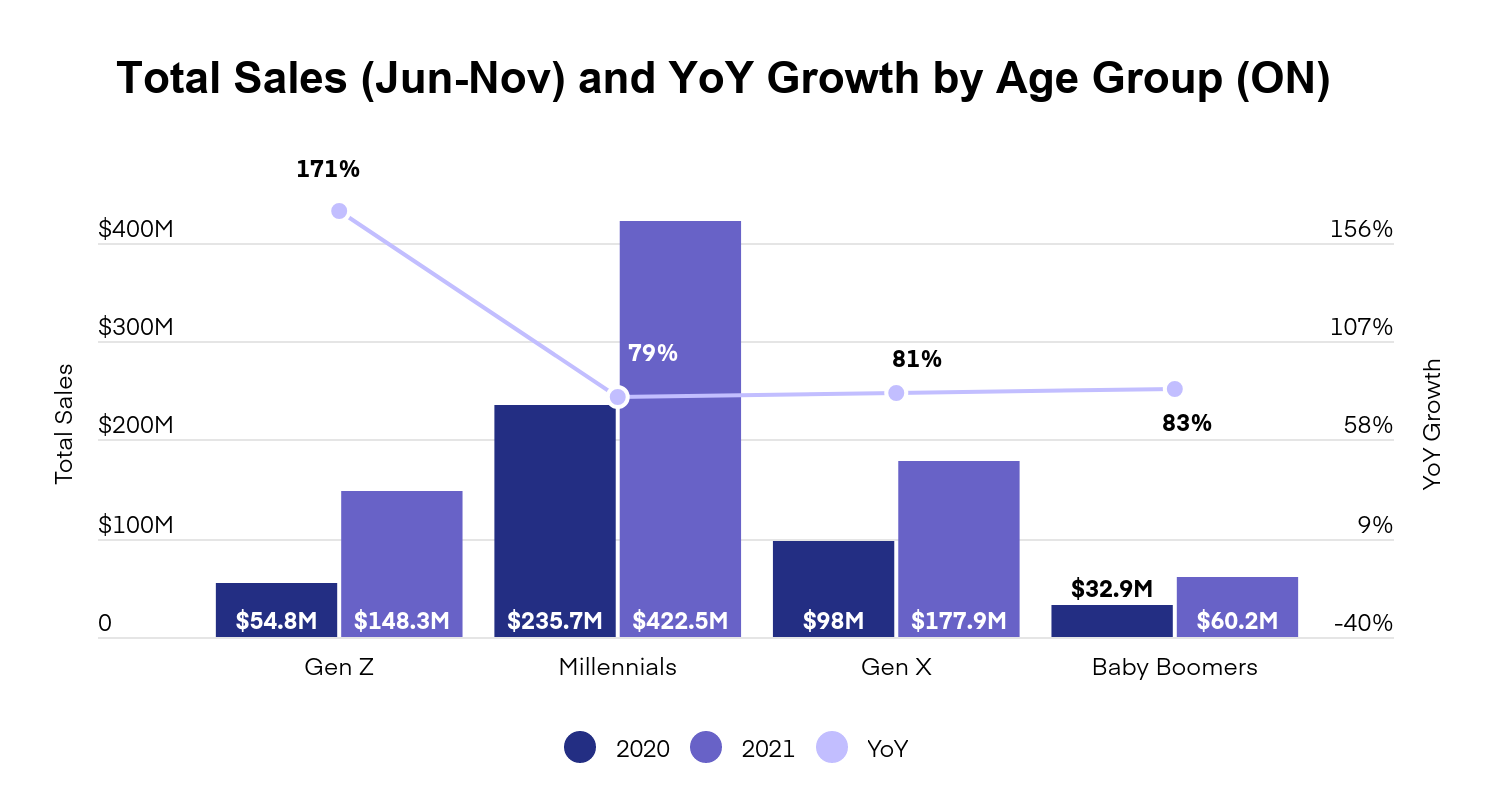 In terms of category preference, wallet share for flower among Gen Zers fell to 47 per cent in 2021, from almost 53 per cent the year before. Pre-rolls made significant gains over the year, growing to 20 per cent of purchases from 15.

Gen Zers continued to have the strongest preference for vapes at almost 23 per cent, but share of sales didn’t shift much over the year. 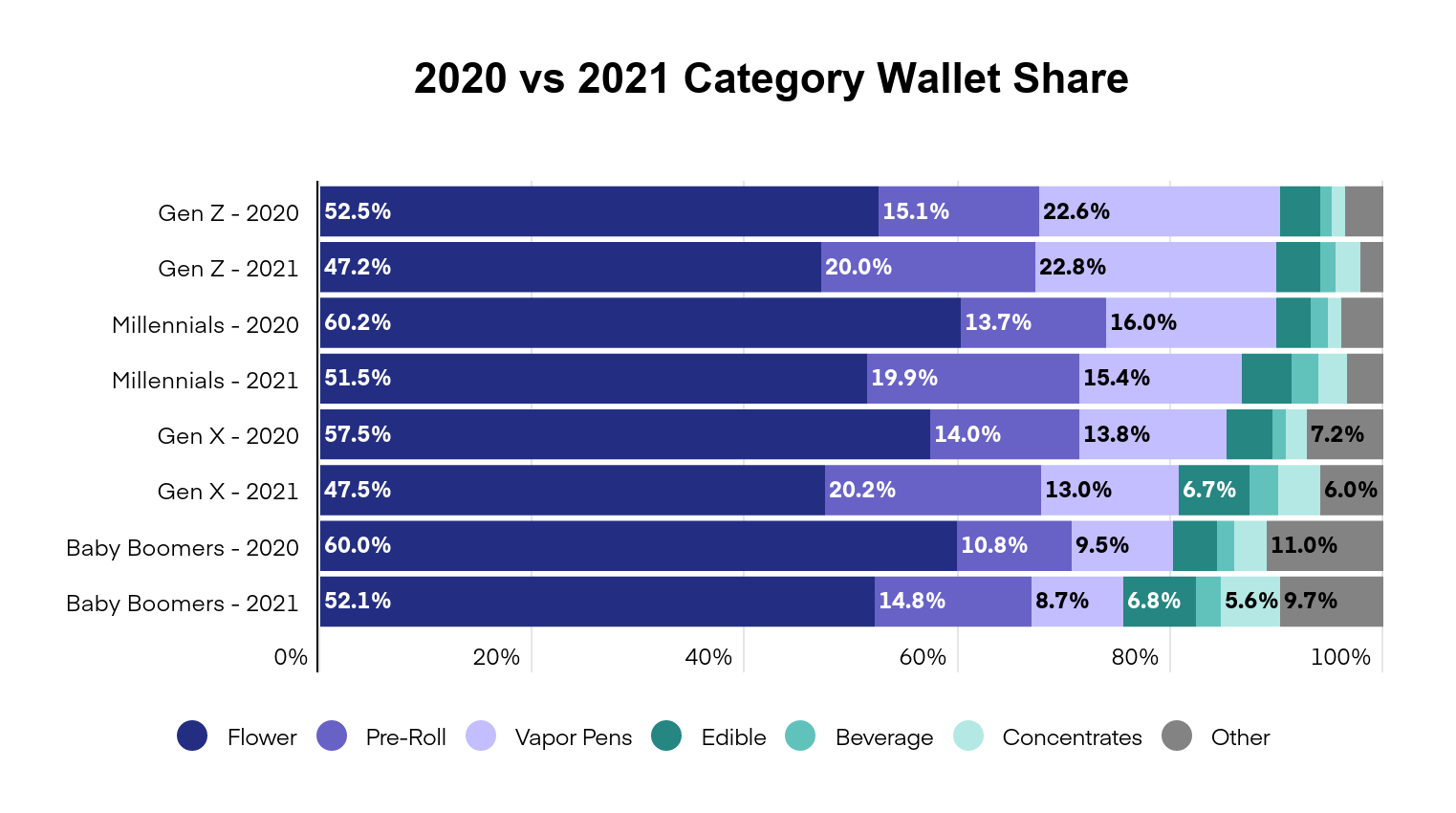 Pre-rolls were the most popular among Gen X consumers (over 20 per cent). Preference for vapes was lowest among Gen Xers and baby boomers, who preferred edibles and other categories at the highest rates.

Comparing Gen Z females across different regions, the stronger preference for flower of Ontarians is clear. Around 48 per cent of their spending goes toward flower, compared to just 40 per cent of Californians in the same group. Young Californians prefer vapes at a higher rate (32 per cent). 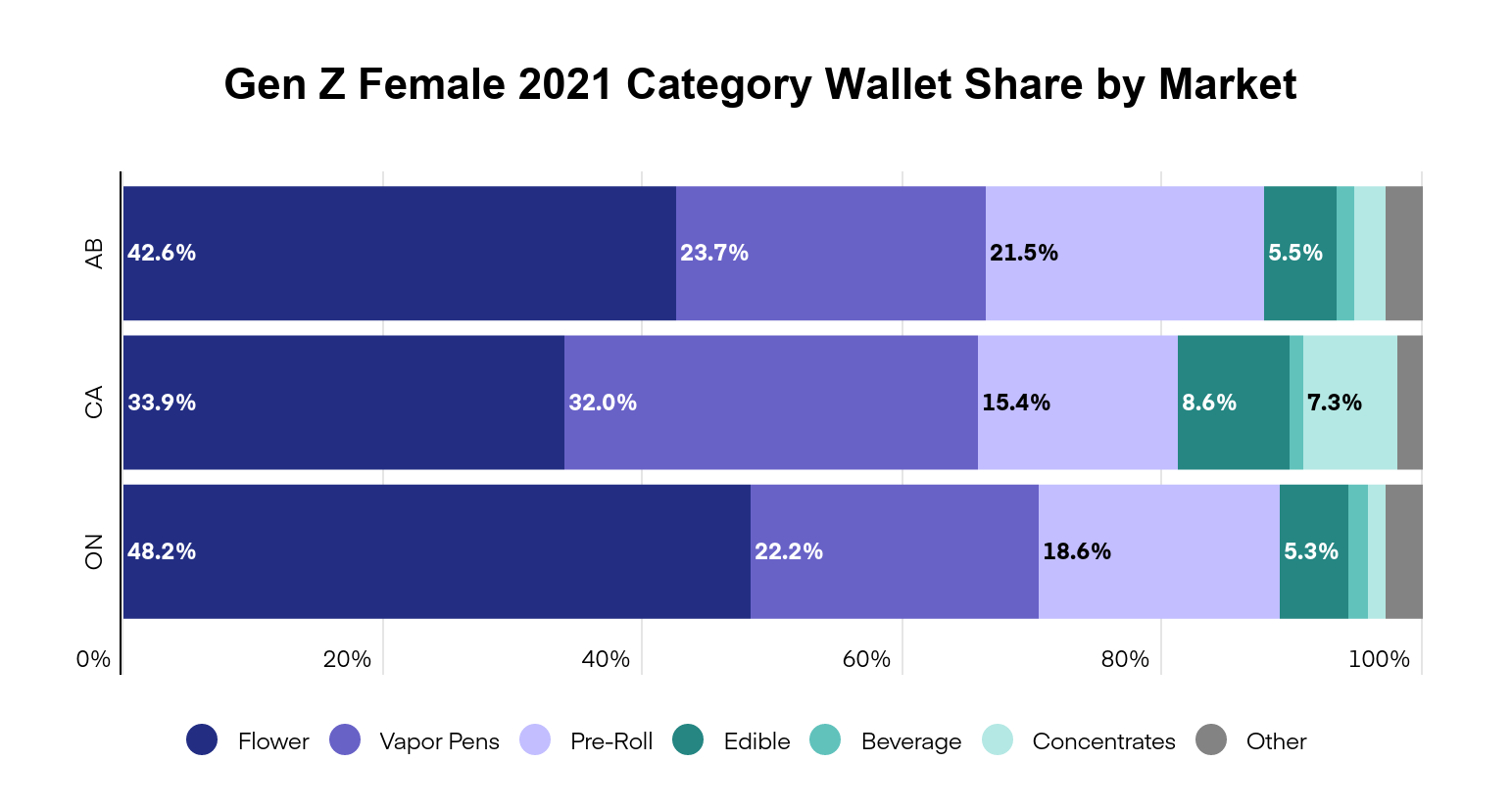 But Canadians tend more toward flower overall, with Albertan Gen Z women spending around 43 per cent of cannabis purchases on flower. They spent 24 per cent on vapes, close to Ontarians at 22 per cent. Pre-roll preference was strongest in Alberta (almost 22 per cent), compared to Ontario (19 per cent) and California (15 per cent).