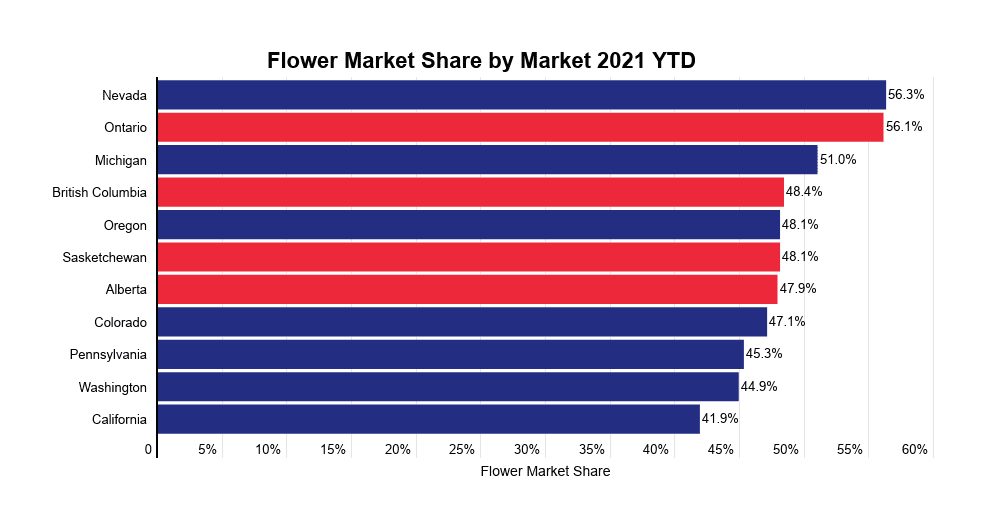 Although cannabis consumers in Canada and the U.S. are exposed to a multitude of product types, popularity continues to reign in its most primitive form: flower.

A recent report from data firm Headset notes that even in the most mature markets, flower is always ranked as the top product category by a large margin.

But differences in preference exist north and south of the border, as well as between demographics.

While more derivative goods flood the Canadian recreational space by the day, flower market share appears to be more dominant there (51.5 per cent) than in the U.S. (46 per cent). 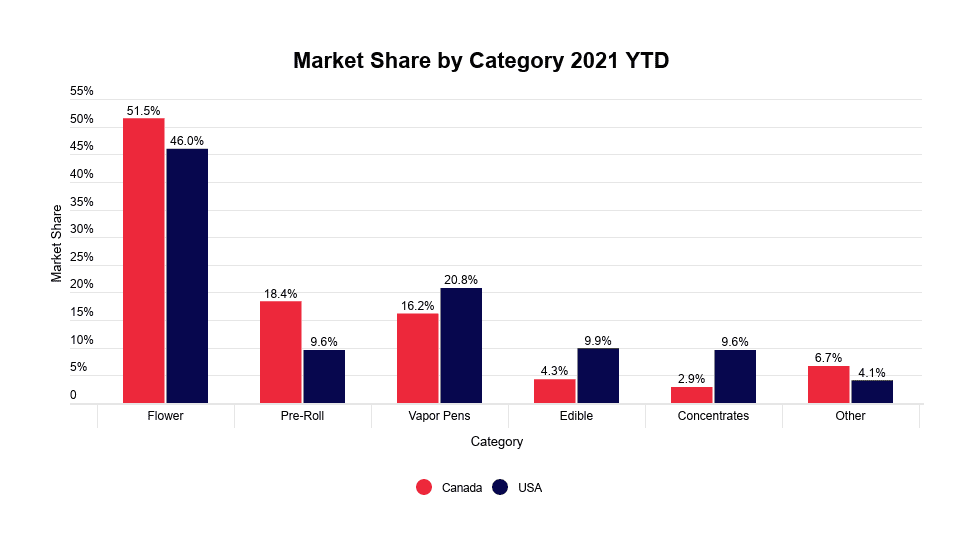 Canadians and Americans appear to be split on pre-rolls vs. vapes. Chart via Headset

Flower’s market share has steadily fallen since so-called cannabis 2.0 products — which include vapes, edibles and concentrates — were allowed to be sold at the end of 2019.

But even in mature U.S. markets like Colorado (47.1 per cent) and California (41.9 per cent), buds still dominate the basket.

Canada’s largest provincial market also has the strongest preference for flower (56.1 per cent), followed by British Columbia (48.4 per cent). Headset notes that all new markets start off with less offerings overall so new jurisdictions show an initial bias for dried bud.

When it comes to type, Canucks have a much stronger preference for products categorized as indica (43.6 per cent) than Yanks (17.2 per cent). Hybrids are much more popular to the south (63.3 per cent) than in the north (27.6 per cent).

While the eighth (3.5 gram) format is dominant across jurisdictions (50.5–78 per cent), single-gram offerings are much more popular in the U.S. than larger 7- and 28-gram units in Canada. Bulk offerings are also common picks in the states (15.3–19 per cent), but aren’t available to Canadians due to regulations.

According to Headset, older males have the strongest preference for dried flower (52.1 per cent) and Gen Z females have the lowest (38.8 per cent), which the firm says demonstrates the “old-school” nature of the category.

Headset also points to much more genetic diversity in the U.S. with 1,382 available cultivars, also called strains, and just 261 on the Canadian market. 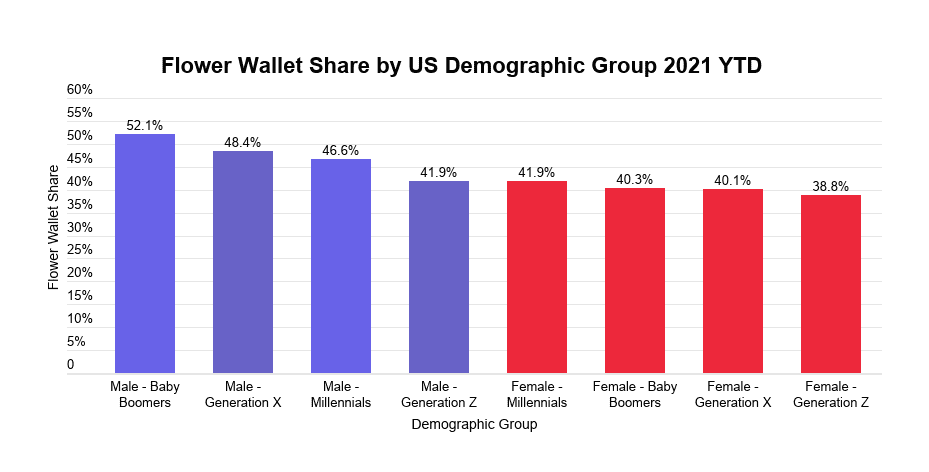 When it comes to cannabis, flowers are the favourite pick for older men. Chart via Headset