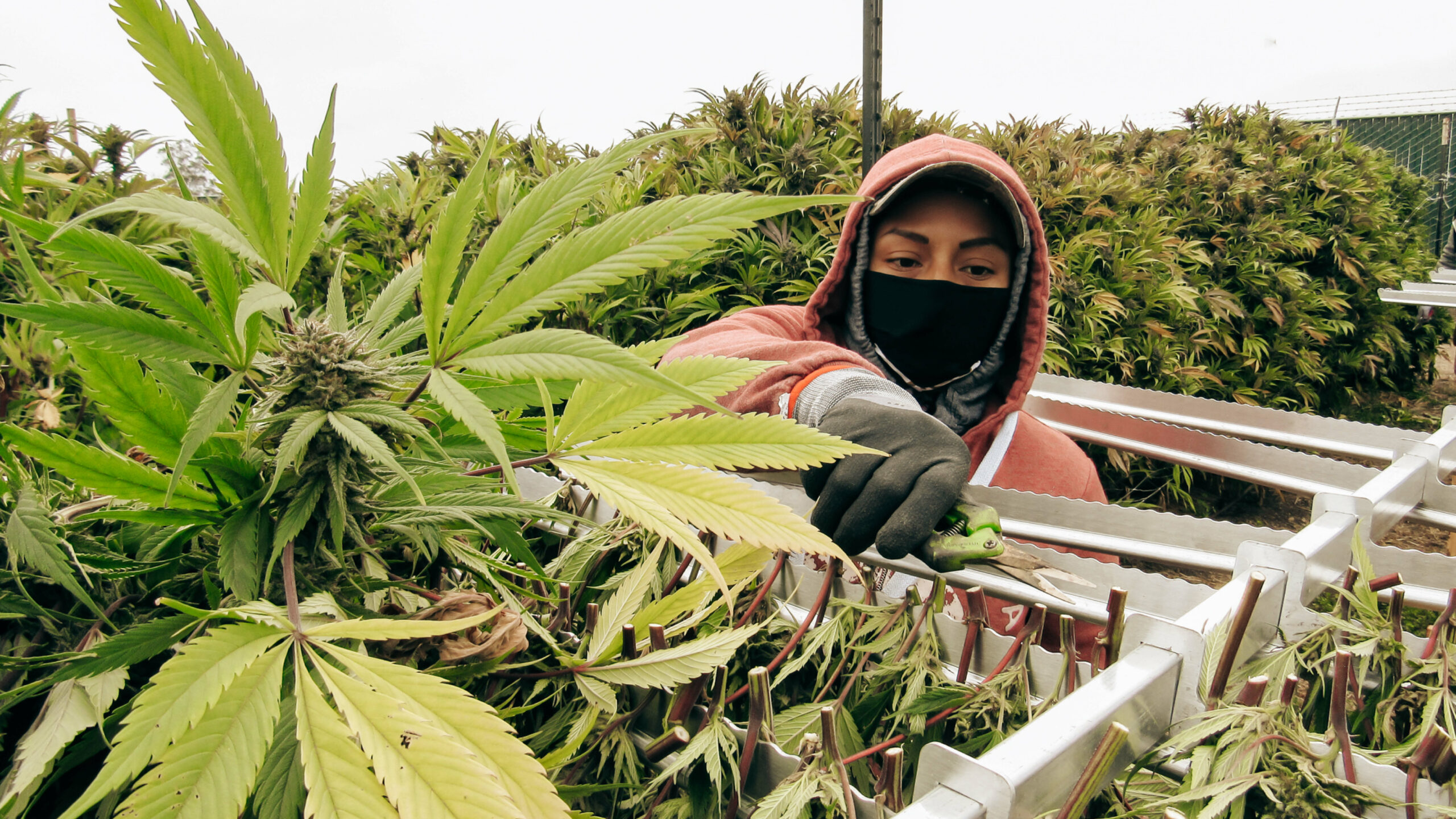 With a wholesale harvest value of $6.2 billion, cannabis ranked above cotton and below wheat. Photo by David Downs via Leafly

Cannabis is a valuable agricultural product in states where it’s legal, but federal prohibition has led to discriminatory treatment of American weed farmers, according to a new report from Leafy.

With a wholesale harvest value of $6.2 billion, cannabis is the fifth most valuable crop in the U.S., ranking above cotton and below wheat, the report found. Yet despite their economic contributions, pot farmers are excluded from most federal subsidies, and can’t access the same business services as their agricultural peers. 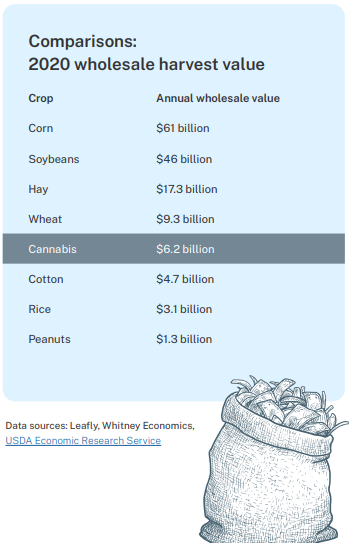 In the 11 states studied for the report, ‘cannabis ranks no lower than 5th in agricultural crop value — often within two years of the first store opening.’ Chart via Leafly

While cannabis remains a Schedule 1 drug at the federal level, there isn’t data collected from federal agencies, including the U.S. Department of Agriculture (USDA). It doesn’t account for cannabis crops, and excludes cannabis farmers from USDA programs.

Leafly’s report seeks to quantify cannabis production in states where weed is legal, as is done with any other crop, and the firm believes it’s the first to do so.

That’s enough to fill 57 Olympic swimming pools, over 11,000 dump trucks stretching for 36 miles or to roll more than 2 billion joints, the report adds.

Cannabis is the single most valuable agricultural crop in Alaska, Colorado, Massachusetts, Nevada and Oregon.

And in Alaska, cannabis crop “is worth more than twice as much as all other agricultural products combined.”

In the 11 states analyzed in the report, cannabis didn’t drop below 5th place in terms of agricultural crop value.

The findings of the unprecedented national accounting of cannabis as a crop are astounding, notes David Downs, the report’s lead author and Leafly’s California bureau chief. 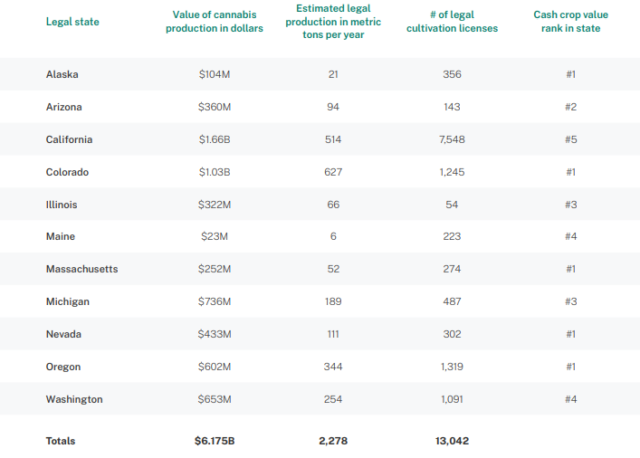 “America’s adult-use wholesale cannabis crop returned a mind-boggling $6.175 billion to farmers last year, ranking it as the 5th most valuable crop in the United States. Yet, due to federal prohibition, America does not treat cannabis farmers like farmers. They are subject to more state and federal taxes, regulations, and stigma than any other type of farmer,” he said in a statement.

“These barriers hurt small legacy farmers the most. This plant is helping generate wealth, employment, and community investment around the country, and our legislators need to recognize the opportunity cannabis presents for Americans — today.”

Federal cannabis prohibition bars weed farmers from getting the same federal assistance as other farmers. 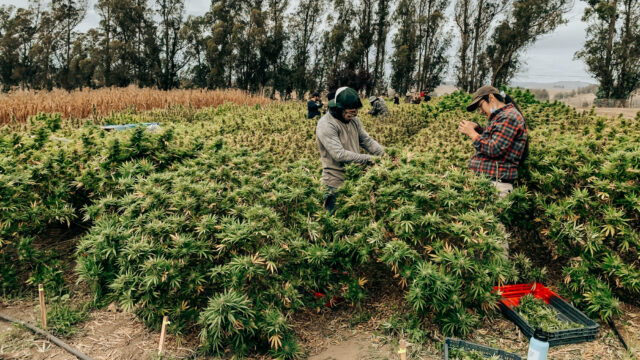 In California, cannabis is often not treated as ‘crop’ nor weed farming as ‘agriculture.’ ‘Those legal designations would trigger a swath of farming rights to protect all cannabis growers.’ Photo by David Downs via Leafly

“In 2020, Congress gave $35 billion in emergency pandemic aid to American farmers, on top of the $10 billion already given in usual farm subsidies. Cannabis farmers did not receive any of this assistance,” reads the report.

Disproportionate treatment of cannabis farmers is at the state level after legalization, by way of high taxes and regulatory scrutiny.

The firm used the USDA’s method of computing crop value “by finding the average wholesale price per pound in a state, and multiplying it by the state’s amount of cannabis produced. In those 11 states, we counted crops destined for both adult-use and medical outlets.”

In this article:agriculture, Cannabis Harvest Report, farmer, farming, Leafly, US Department of Agriculture