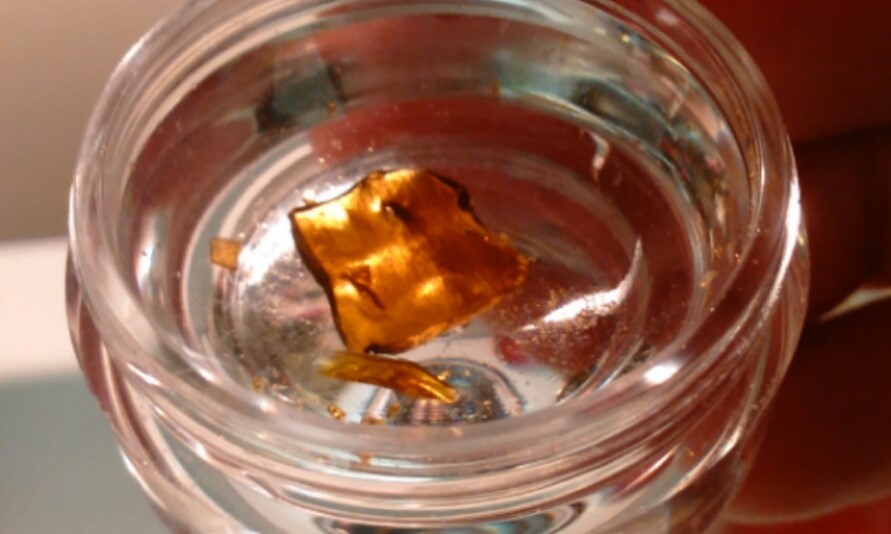 Photo by Cameek33 via Wikimedia Common

The pot concentrates category has been steadily increasing in Canada but declining in the United States, according to a new report by the analytics firm Headset.

However, prices of concentrates have declined in both countries. In Canada, the equilibrium price of concentrates dropped by 49 per cent from $48.88 in January 2020 to $25.97 in May 2022.

The firm found that, in Canada, Alberta has the highest market share with 4.5 per cent of concentrates sales while Ontario has the lowest at 3.6 per cent. 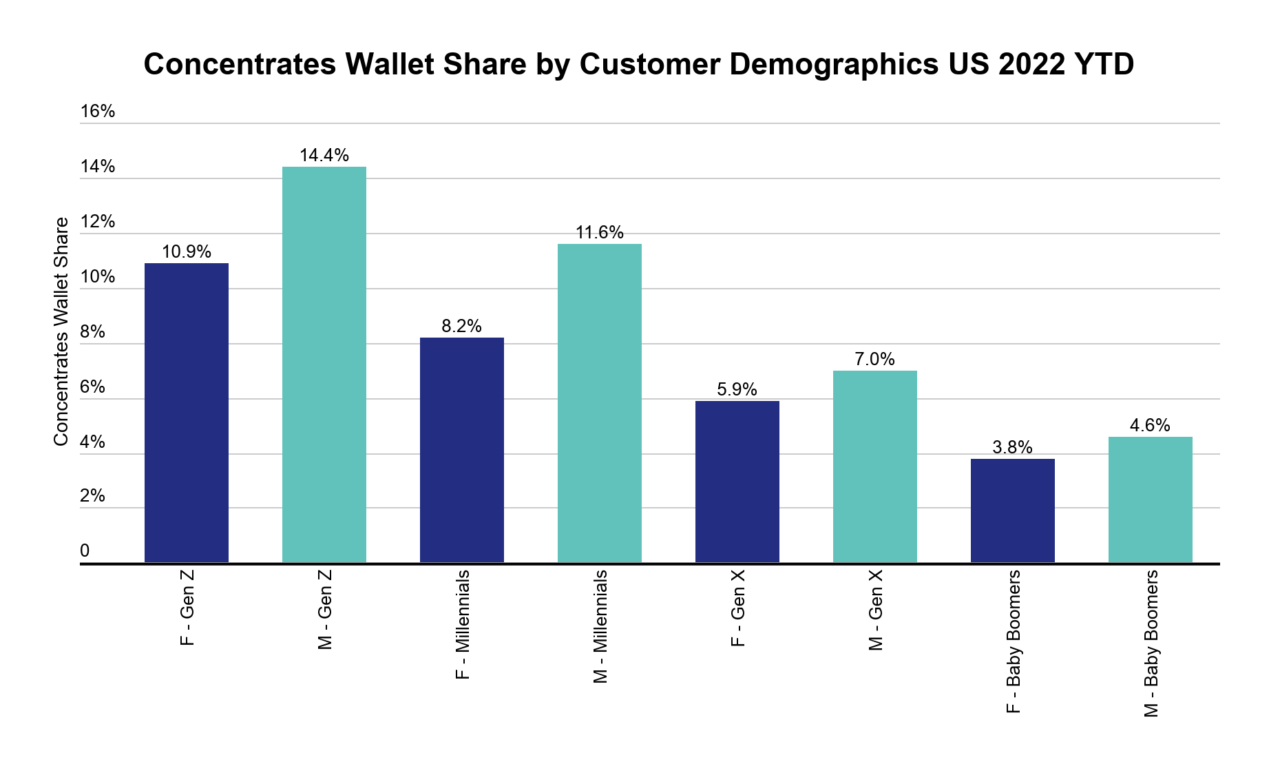 For the report, Headset analysts used the point-of-sale information from different cities in both countries. In Canada, they looked at retail sales in Alberta, British Columbia, Ontario, and Saskatoon. In the U.S. they used information from California, Colorado, Washington, Nevada and Oregon. 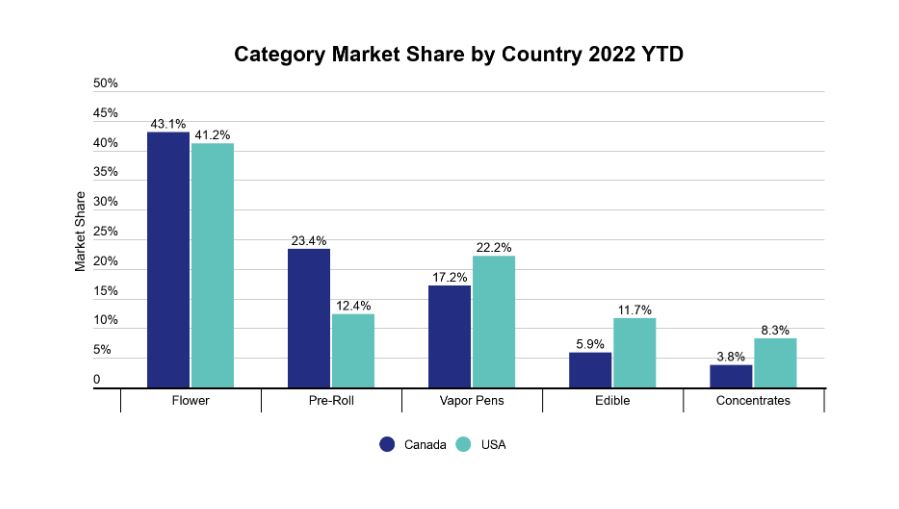 Read more: US and Canadian cannabis sales will hit new highs this 4/20: Headset

During the first year of sales in Canada, the average EQ price of concentrates began at nearly C$50 before plummeting below C$30 and then went back up to the high $40s by the end of summer 2020.

Since then, the price has been steadily decreasing and reached $25.97, a decrease of 49 per cent from $48.99 in January 2020. In the US, concentrate prices have been more steady as the market is much more mature than in Canada.

Overall, the firm says that the concentrates market share can be expansive and difficult to navigate without proper insights.

“With so many types of concentrates and ways to consume them, Concentrates are an art that appeal to a certain consumer,” reads the report.

“That might be why this category isn’t as dominant as other cannabis form factors as the fifth largest product category in both the US and Canada.” 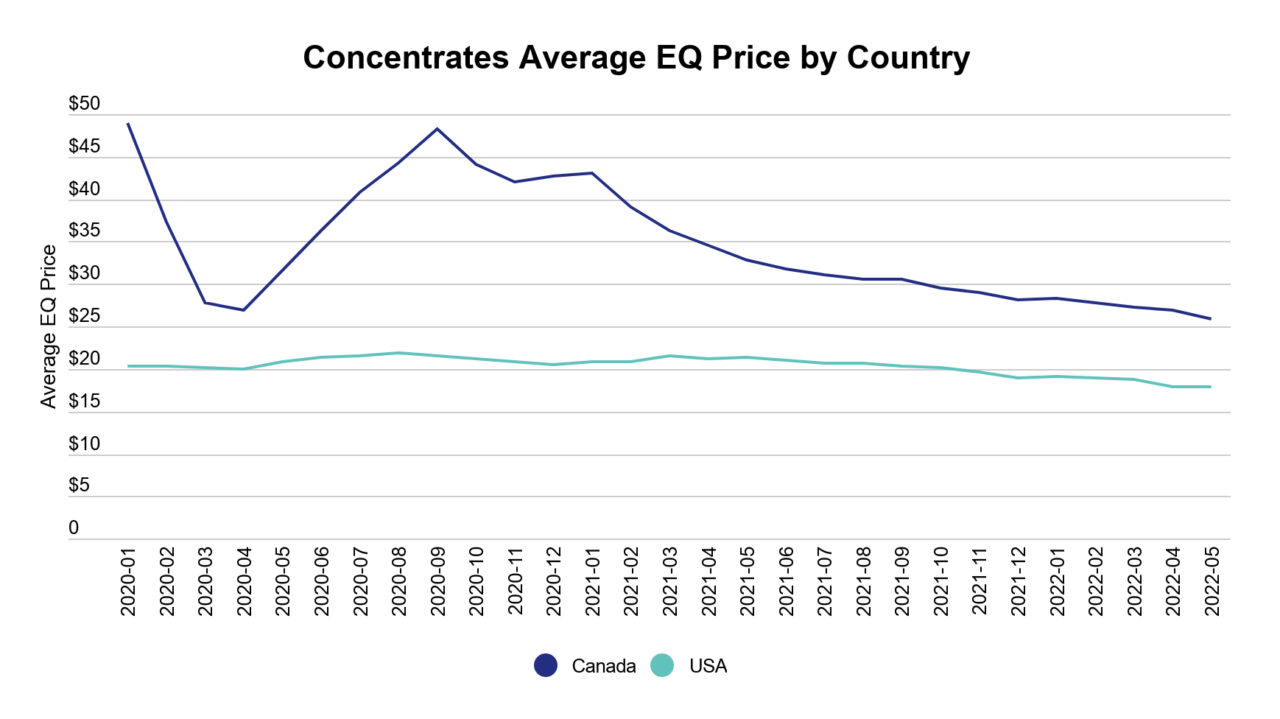