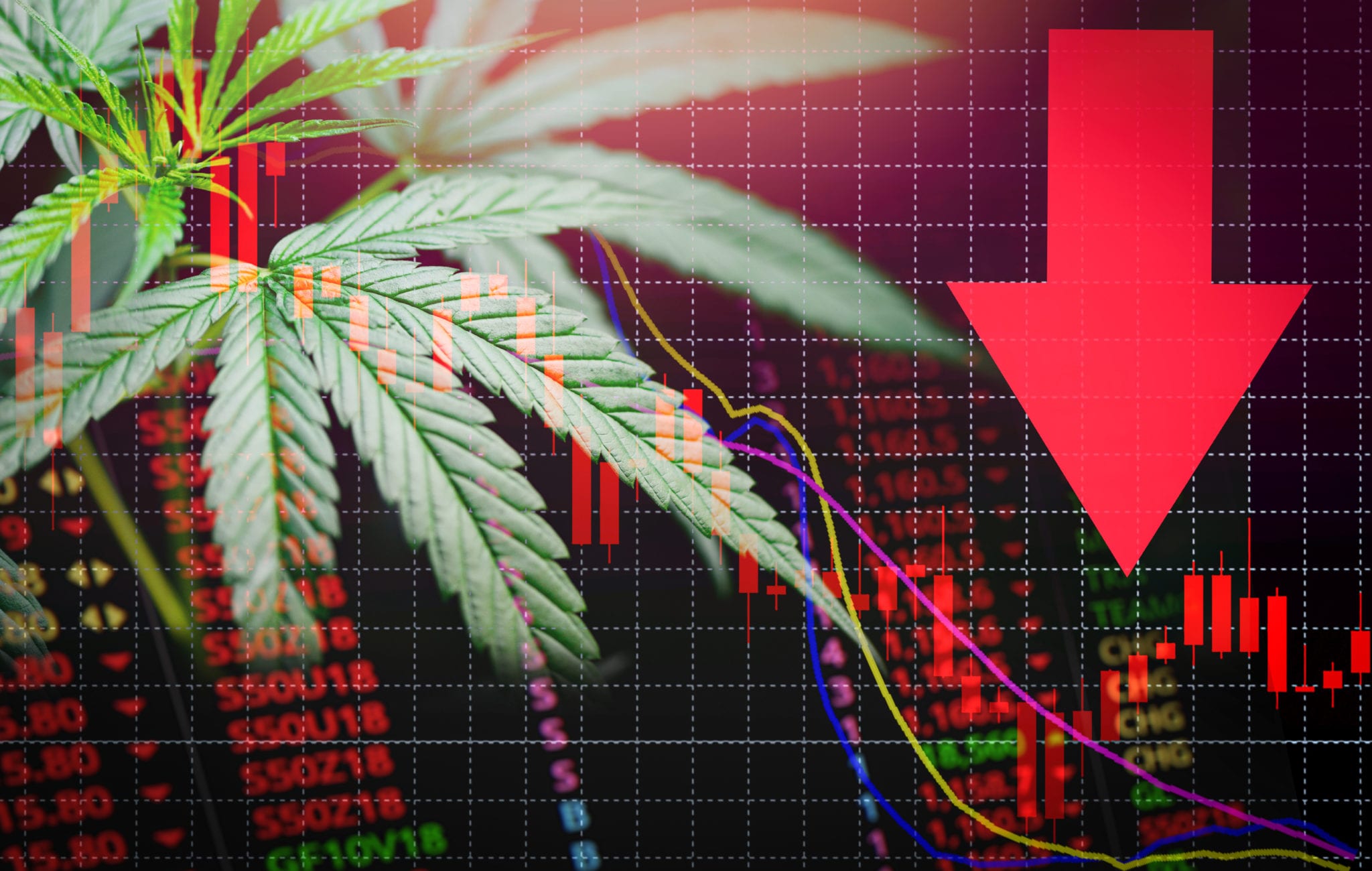 Most Canadian pot companies will go bankrupt or face insolvency in the next several years because of a lack of available capital, according to Origin House (CSE: OH) CEO Marc Lustig.

While many company’s sales hit record levels, they’re also posting significant losses and burning through lots of cash. And controversy swarms some companies like MedMen Enterprises Inc (CSE: MMEN), which has made headlines for the wrong reasons.

But the dire predictions Lustig gave Bloomberg go even further when it comes to the long-term figures for Canadian companies:

They can’t be sustained. Ultimately, they’re going to run out of money and the rubber is going to hit the road when they go to ask somebody for more money.

He paints a dangerous reality why cash flow should concern investors. While sales growth might be hyped today, companies need to be self-sufficient in the long run. And insolvency can bring a company to its knees in a hurry. But even with all the issues facing the industry, investors have continued to pay big premiums to own cannabis companies.

Lustig spared no criticism on Canadian pot companies saying “the valuations for some companies right now are insane.” Marijuana stocks have been rising further this year, with many seeing significant returns. Canopy Growth Corp. (NYSE: CGC) (TSX: WEED) rose 60 per cent in 2019 so far, with a market cap that puts it among many blue-chip stocks on the Toronto Stock Exchange. Although we did see a correction in October when many investors sold their gains after legalization, the industry has seen a recovery since then.

The challenge going forward, as we go deeper into legalization and companies continue to post losses, it may start to add pressure for stronger results. The promises of growth have been enough for investors thus far, but now that the Canadian legal market has taken root, patience may soon start to run out.

Opportunities in Canada and the U.S. will take time to develop

The key for legal companies is to compete with the black market. Early results have not been strong, and Lustig is not optimistic either.

“We have a legal market in Canada that’s slow and may take upwards of five years to get something right in terms of eradicating the black market.” he said.

But that might even be optimistic since the illicit market doesn’t pay excise or sales taxes, and prices will likely remain cheaper with less overhead costs. It may be a long journey, but cannabis companies might not have the luxury of time to wait for competing prices with underground suppliers.

And while the U.S. market might open up many opportunities, it could take years for legalization leaving companies with only the small Canadian market.