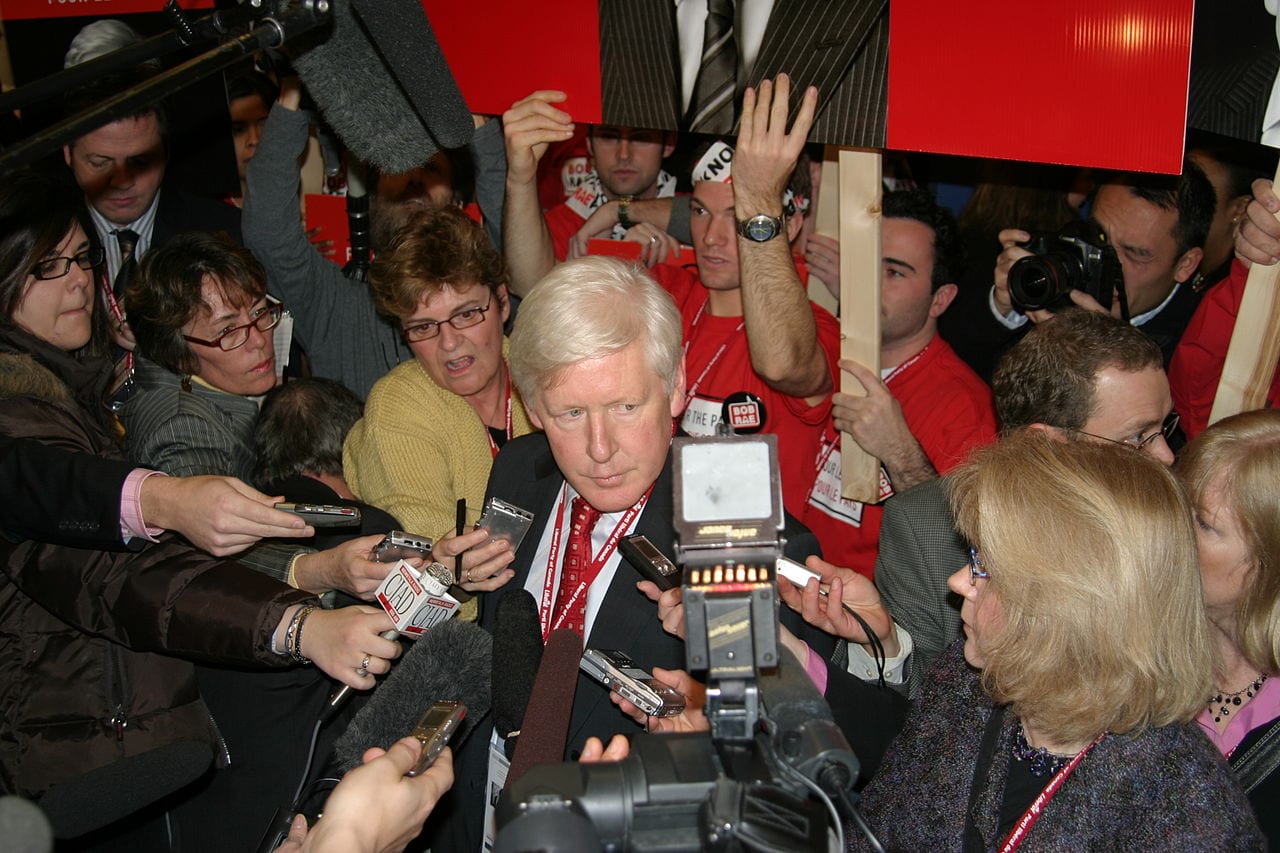 Despite recent revelations that Bob Rae —  ambassador and permanent representative-designate of Canada to the United Nations in New York — has investments in the Canadian weed business, the office that houses his stead says his financial dealings don’t amount to a conflict of interest.

A Monday article from Ottawa-focused Blacklock’s Reporter broke the news, reporting that Rae is the only acting federal public office holder with direct stake in the cannabis industry. As stated in federal ethics filings, he’s invested in Green Amber Canada, a company apparently undergoing its licensing process and one that’s faced municipal pushback where its president owns an agricultural property in Lumby, British Columbia.

At a time when Canada is taking the mainstage of the emerging global cannabis trade, one might think that such investments could affect his decision making, especially when weed-related policy is on the table. Just this week, Canada voted in favour of measures to ease the status of cannabis in the eyes of international law.

But the Permanent Mission of Canada to the United Nations in New York, to which Rae was appointed in July, says he’s within his professional bounds.

“Parliament has established clear conflict of interest rules for public office holders in the Conflict of Interest Act,” the office told Mugglehead in an email statement. “All public office holders are expected to comply with the Act which outlines the steps necessary to avoid real or apparent conflicts between their private lives and the function of their duties.”

“Ambassador Rae is in compliance with the Act,” a spokesperson wrote.

The career politician has voiced support for Canada’s global cannabis interests in the past, notably on Twitter last year.

Canada losing competitive advantage in cannabis research and product development that should have followed from the legalization decision. Valuable time and opportunities being lost. https://t.co/cNXxd7jzce

Top image: Bob Rae addressing the press on day one of the Liberal Leadership Convention in 2006 where he lost to Stéphane Dion. Public domain image

In this article:Bob Rae, Canada, canadian cannabis, conflict of interest, Permanent Mission of Canada to the United Nations in New York