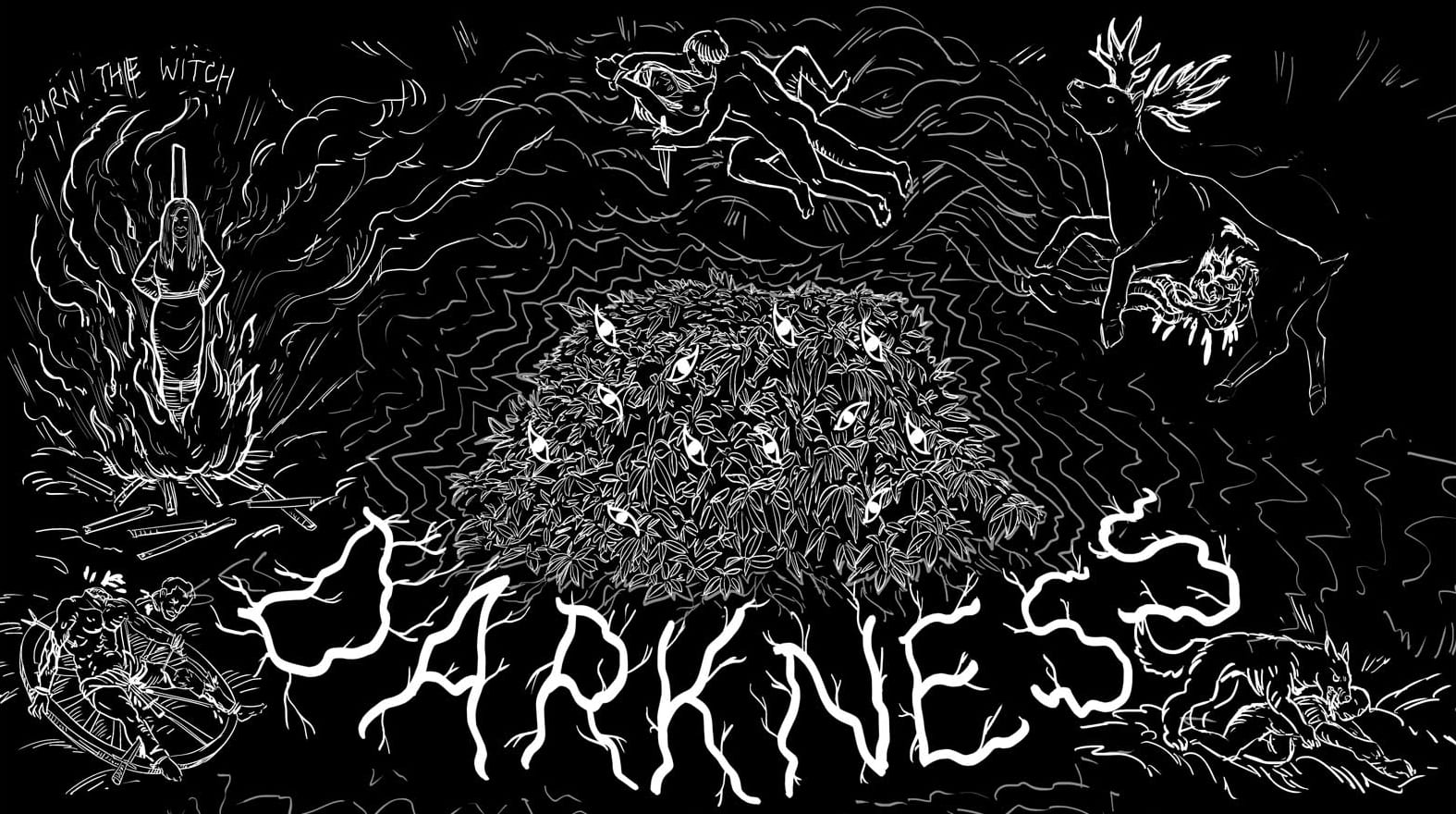 In 2017, when I came down with a series of strange symptoms eventually diagnosed as chronic Lyme disease, the last thing I thought would help me was a wild, 48-hour drug trip.

But after a series of traditional and alternative treatments only brought me so far, I spoke to several people who had healed physical health challenges using ibogaine, a psychedelic made from the root bark of the African tabernanthe iboga shrub.

By early 2019, I was willing to try almost anything, so I spoke with Dimitri Mugianis, one of the most well-known iboga practitioners in the United States. After establishing that I had a normal EKG — ibogaine lowers the heart rate, which can be problematic if you have any cardiac issues — we planned a five-day retreat in Rosarito, Mexico that March.

I took the train down to San Diego from my apartment in LA, then a cab transported me to the beachside Airbnb where the retreat would take place. 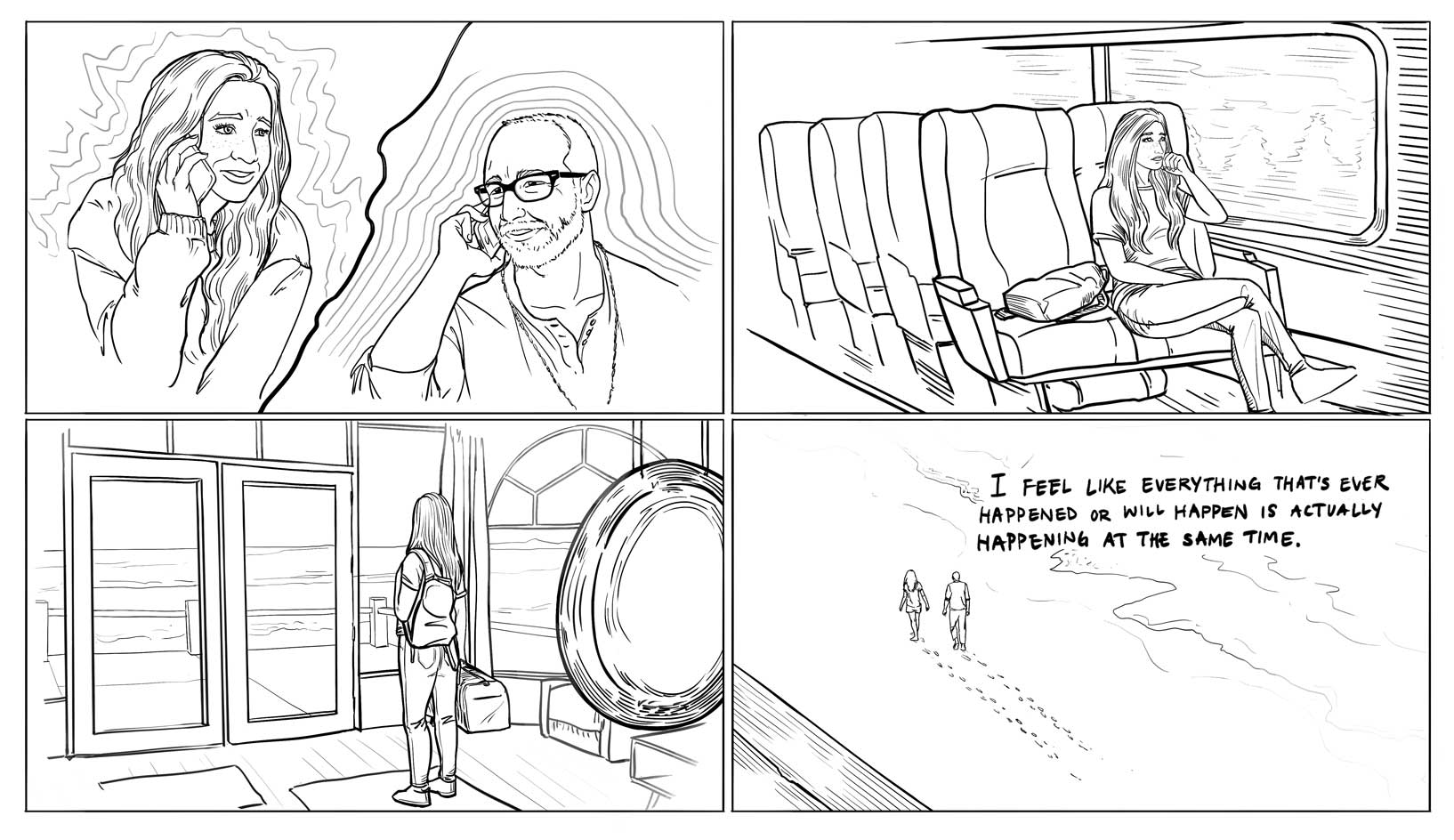 On the first day, I took a microdose, or “hunter’s dose,” of iboga, walked down the beach with Dimitri as we discussed my intentions, wearing knee braces to tamper the effects of a recent injury I’d incurred.

With my brain’s serotonergic and dopaminergic systems activated, bringing on a philosophical effect known as sophogenesis, I began to say the kinds of things you only say when you’re on drugs. “I feel like everything that’s ever happened or will happen is actually happening right now,” I pontificated.

In the tradition of the Bwiti, the African tribe that discovered ibogaine, I spent the next day taking baths with shredded flowers representing things I wanted to call into my life, then I lay down underneath a huge gong for the ceremony at night.

Medical staff were there to take my pulse throughout the night and stick around in case anything went wrong. They, Dimitri, and his assistants danced around me with rattles as Bwiti music played on a recording.

About an hour after taking the ibogaine in the form of five capsules, the room seemed to start spinning, and I began hearing strange things like, “Oh, my god, Becky, look at her butt.” 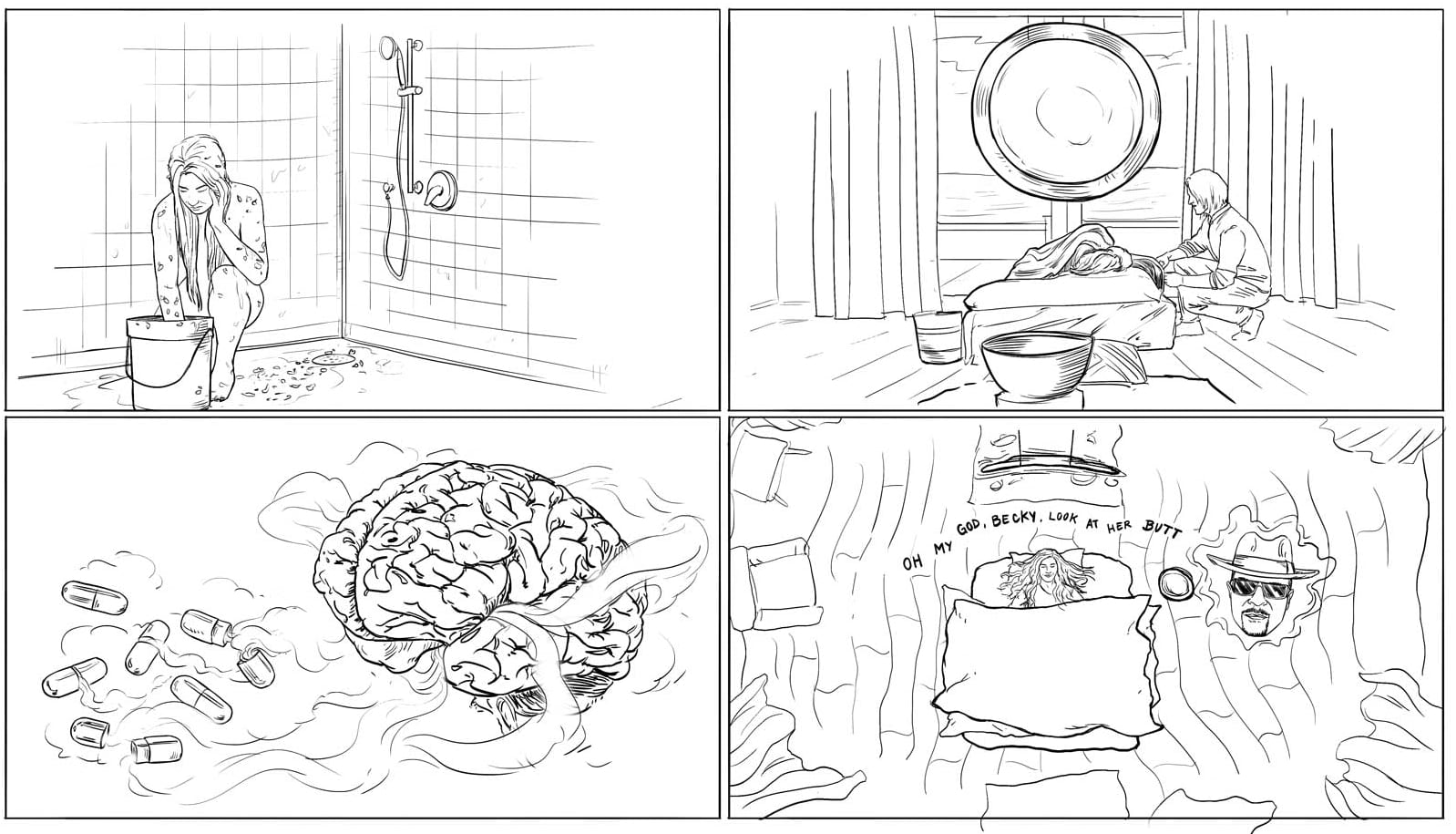 I remembered Dimitri’s warning that I might hear things that weren’t there; high doses of ibogaine disrupt your brain’s sensory networks.

As my serotonin system lit up, strange, gruesome images appeared on the insides of my eyelids: dead animals, cannibals, rape, violence, torture.

I asked Grandfather Iboga, as they call the spirit of the plant, if there was a word for what I was hearing.

“Darkness,” I heard in my mind’s ear.

He took me through images of darkness all throughout the night, my heartbeat strong and fast, as if it were pounding the darkness out of me.

I also saw myself. I saw myself as an old witch. I saw clearly what I’d become, what was making me sick: I was angry, bitter, hateful, closed off. Always looking out for myself. Completely heartless. Yet once I clearly saw this, I could feel my heart making its way back into my body again.

In the morning, I awoke as if from a dream, as if the past few years of my life had all been a nightmare. All remnants of pain and suffering were gone from my body and mind, and I was a child once again. 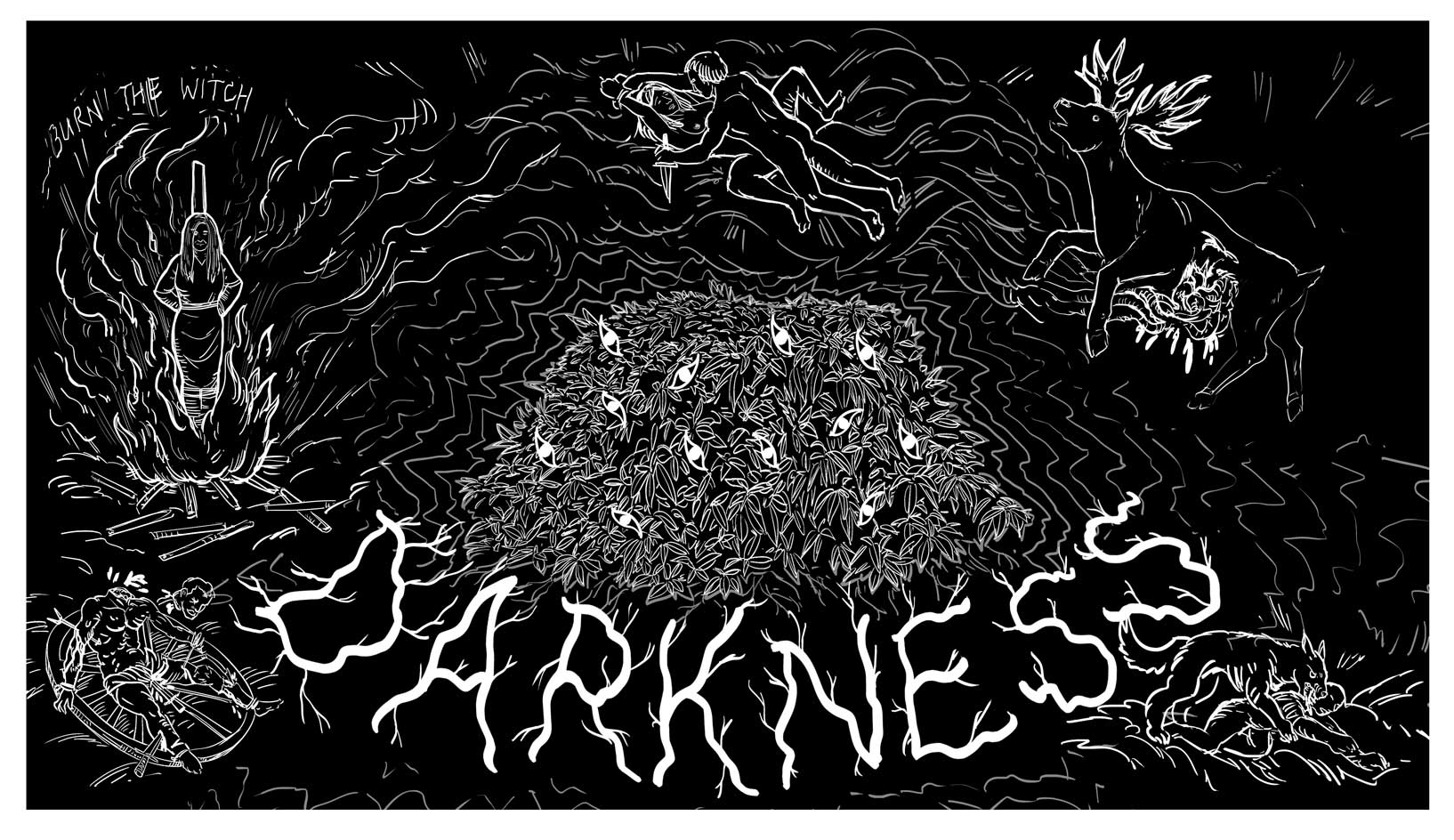 I got a notepad and pen and started writing down nonsensical words and phrases that felt like some kind of blueprint of my soul: “96,” “pink,” “blue,” “cats,” “good,” “light.”

Yes. Good and light. That’s what I was.

As I remembered what I was, I noticed that my body remembered, too. With the ibogaine reaching neural networks involved in focus and thought, my mind was no longer in a fog. I had no headaches, no exhaustion, no more urinary urgency, no more back pain and stiffness.

And when I stood up, I was shocked to find that my knees no longer hurt. Ibogaine works on the opioid system too, providing pain relief and interrupting a mutually reinforcing cycle of pain and inflammation.

Realizing I was now in direct communication with Great Grandfather Iboga, I engaged in a sort of Q&A with him. I asked him what trauma from my past was still affecting me now, and saw a lightning-fast series of images, of adults yelling at me as a child. I’d heard that iboga was like watching a movie of your life, as it distorts your perception of time, making past experiences feel current.

My questions began to expand beyond my own life into the rest of the universe.

Then, he started communicating to me through my vision again. In my mind’s eye, I saw what looked almost like a child’s drawing. In it was a fluffy white cloud full of bright little lights. I saw each light jump down into a swimming pool, then swim to the other end and float back up again.

“Before we came here, we were little lights in the sky!” I giggled to Dimitri. “And we jump down to earth like a swimming pool!”

“Basse,” he replied in the Bwiti word for truth. 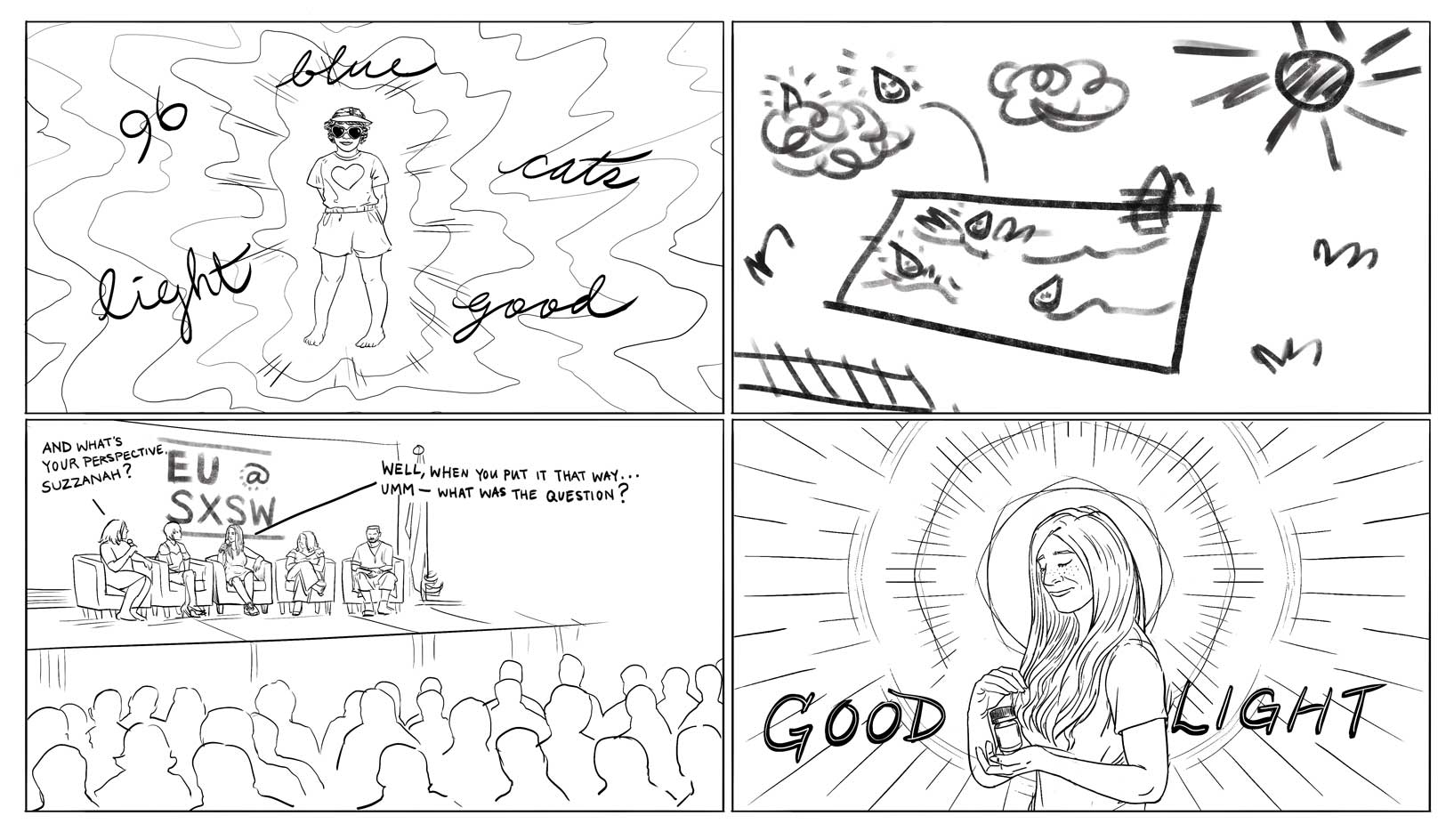 I spent the rest of the day weeping on a blue velvet couch, so relieved to be able to enjoy the yellow in the flowers beside the window.

That evening, as I lay down in my bed, a purple fairy appeared on the wall, flew over to my bedside table, and mouthed words I couldn’t hear, except to make out the phrase “tooth fairy.” She handed me a little white envelope, which I put below my pillow, but after she flew away it was gone.

I didn’t sleep at all that night — insomnia is a well-known side effect of iboga, thanks to the decrease in serotonin sensitivity your brain can experience after a treatment, and the direct actions of ibogaine’s principal metabolite, noribogaine — but I had my best night’s sleep in a long time the following night, after being awake for two-and-a-half days.

I spent the next few days between the beach and my room, furiously jotting down ideas about the structure of the universe that were still streaming into my consciousness.

Afterward, against Dimitri’s advice, I flew straight to Austin to speak on a panel at South by Southwest, struggling to articulate my thoughts on online censorship amid the flashing purple lights peeking out from the audience.

When I got home, my symptoms began to re-emerge, but I knew I was on the path to health, and things would not be the same again. After five more iboga retreats within a year of that first one, I now consider myself Lyme-free. But more than that, I consider myself to be on a new path in life, one full of love and connection rather than isolation and self-interest.

I have a small jar of iboga at home that I use for microdosing, but more often, I just hold it to my heart and say, “Great Grandfather Iboga, please guide me through this day.” I can feel the spirit with me every day. It is always in me, reminding me to act like I am made of good and light.