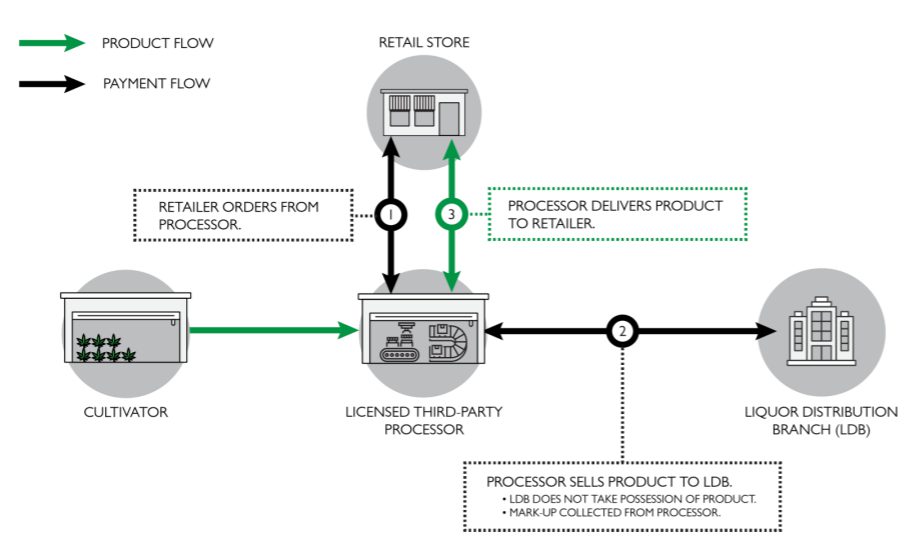 British Columbia’s NDP government appears to be making good on some of the promises it made to the provincial cannabis industry ahead of a snap election last October.

The Liquor Distribution Branch has released details on its direct delivery program, which will allow certain operators to sell products directly to retailers rather than through the provincial wholesale channel, where all distribution is currently limited to.

The branch says to expect the program to launch by late next fall, and to stay tuned for details on a website currently under development.

The move is welcomed by the industry, because producers can deliver fresher product and cut their own deals with retailers, and retailers can sell more desirable products to consumers, instead of goods that have been sitting in a warehouse for weeks to months.

But the model doesn’t apply to everyone. According to a statement, only nurseries and small-scale cultivators growing up to 3,000 kilograms of cannabis annually can participate.

Cultivators without a processing licence will have to partner with licensed processors, but processors must also have a production licence to be eligible.

Chart of the short-term sales reporting option launching in fall 2022. The direct-delivery processor will be responsible for distribution and communication with the customer, as well as order fulfillment. Image via BC LDB

Qualifying processors will also have to enter into a supply agreement with the LDB, as well as register and price their products.

The branch will be connecting directly with eligible producers expressing interest in the program to provide further details. Qualifying operators are being asked to contact directdelivery@bcldb.com

Along with the direct-to-retail program, B.C. Premier John Horgan also promised an Indigenous shelf-space program in 2021 and farmgate sales in 2022.

The Union of BC Municipalities said in August that the province is looking into including consumption lounges on farmgate sites, indicating progress has been made on that file.

The province hasn’t provided public updates on the Indigenous shelf-space program, which would feature products from First Nations producers in regulated cannabis stores.