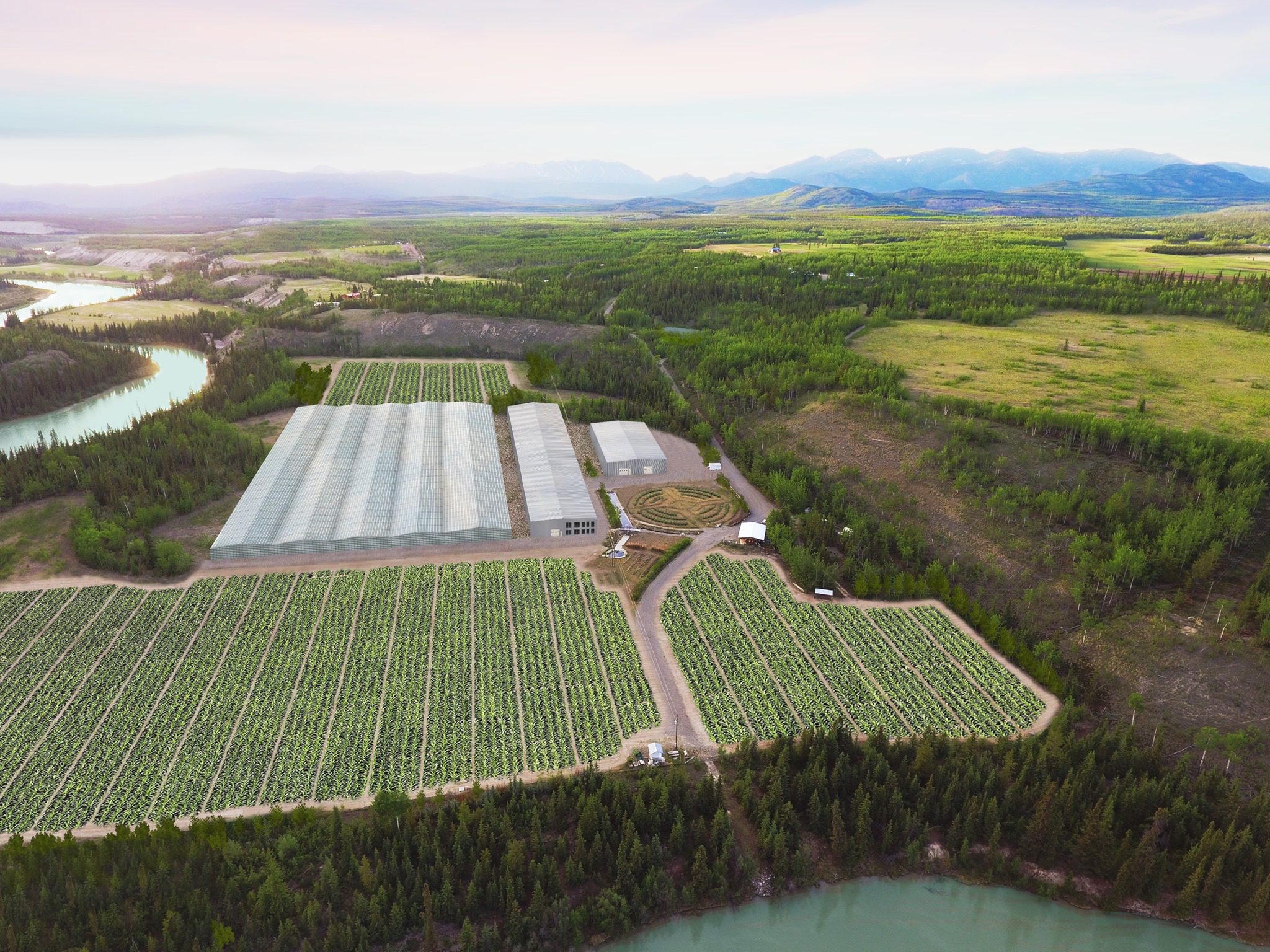 The Yukon's first and only licensed producer started its first harvest in late summer. Image via ArcticPharm

Legal weed sales in the Yukon are trending upwards, as the territory expands its regulated market while and tries to convert customers from illicit sellers.

The Yukon Liquor Coporation’s cannabis annual report, for the period, ended March 31 suggests the sluggish rollout of its market is behind it, but high markups are still a work in progress and some say the prices pose a deterrent to regulated pot.

In this report, categories were reclassified, except for dried flower. 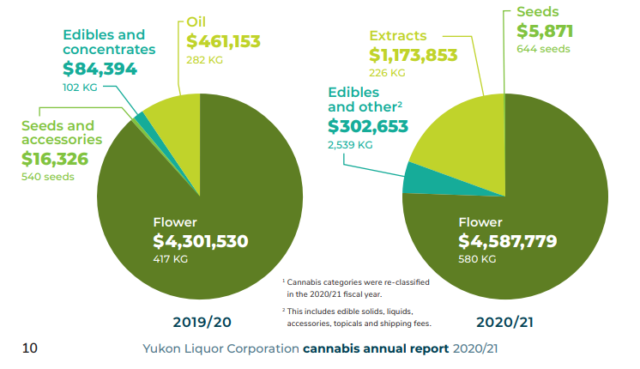 The territory sold 580 kilograms of flower, as sales of the category increased 7 per cent to $4.6 million, from $4.3 million last year when 417 kilograms were sold.

Only the provincial store can sell online for the time being, but the province has told Mugglehead it’s working on allowing e-commerce and delivery for retailers, which requires changes to legislation.

“The pandemic’s impact on Yukon’s cannabis sector is still being felt and this past year saw many changes in the Yukon business and regulatory landscape,” says Ranj Pillai, the minister responsible for the YLC. “The challenges licensees were facing during the outset of the pandemic cannot be overstated.”

In its plan to reduce the illicit market, the YLC details steps it’s taking to secure cannabis in the corporation’s warehouse and handling it throughout the delivery process. The YLC also cites its review and inventory processes in this section.

It also points to the progress in expanding the regulated market.

Since 2019, eight licences have been issued and five retail locations have opened, and the YLC notes the “array of products at a variety of price points from private licensees” or online.

At the end of the fiscal year, the number of agreements with licensed producers reached 20, an increase of 11. The corporation expects to add more in the coming year.

“Efforts from federal and territorial organizations to reduce the illicit market are working,” reads the annual report. “Statistics Canada reports that in the fourth quarter of 20201, more consumers are getting their cannabis from legal sources than they are from the illicit market.”

But the territory is dealing with a markup of about 50 per cent on regulated weed. 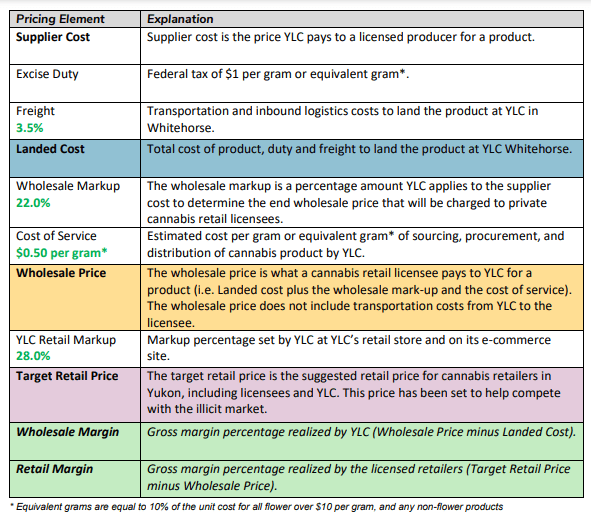 The YLC sells weed to retailers from wholesale. Chart via Yukon Liquor Corporation

Reviewing cannabis prices is part of the corporation’s future plans to ensure prices “are competitive and attract customers away from the illicit market.”

“You can have a case of Budweiser that can sit on a shelf for three years and there are millions and millions of cans of it,” he says. “But trying to have this idea that you will always have a core product that will be consistent — they’re not in taking into account things like growth cycles and new cultivars.”

He argues a through-warehouse or direct-to-retail system would have worked better in terms of markups. 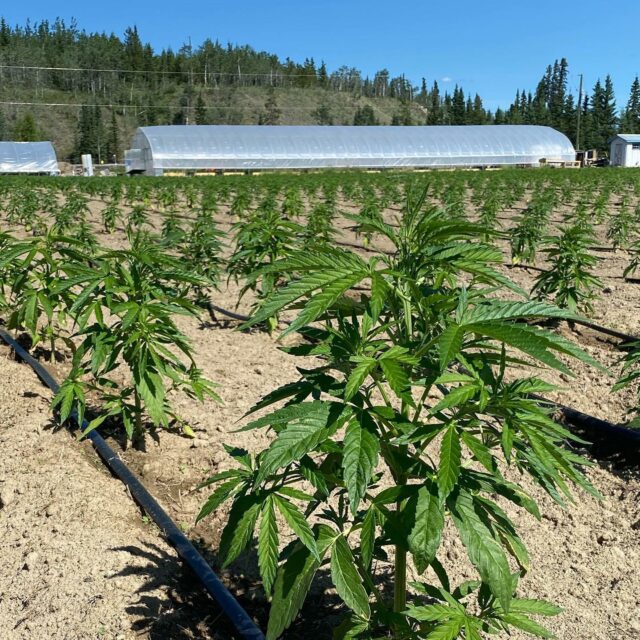 Near the end of August, the territory’s first and only licenced producer, ArcticPharm, began its first harvest — marking a milestone for the Yukon’s legal market. Image via ArticPharm

“I don’t know how people can go to the pot store every day. But there are people that will go there and buy all their weed there all the time, and they’re happy about it,” says McLeod, leader of the community organization.

McLeod believes the “new wave of consumers” are people who only started buying cannabis when it was legal, so those are the only prices they know.

He says anyone who was smoking pot before legalization has taken issue with legal stores at some point in time.

“They’ll go there occasionally like it’s a novelty,” McLeod says.

The selection will draw people in, but the price turns them away.

“So if you had a connection beforehand, most of those people are still using it, whether it’s off their buddy up the street, or now, online is big.”

With some Yukon communities hours apart from one another, delivery through the government site is often the only legal option until e-commerce and home delivery opens up to private retailers.

The YLC said it meets regularly with operators to discuss where improvements are needed, and Jones agrees the government has been listening to retailers but the sector needs to evolve more.

In the Yukon, he says there’s a closer relationship with the provincial government in some respects.

After delivery and e-commerce are sorted out, Jones says making adjustments to marketing and advertising rules need to be considered.