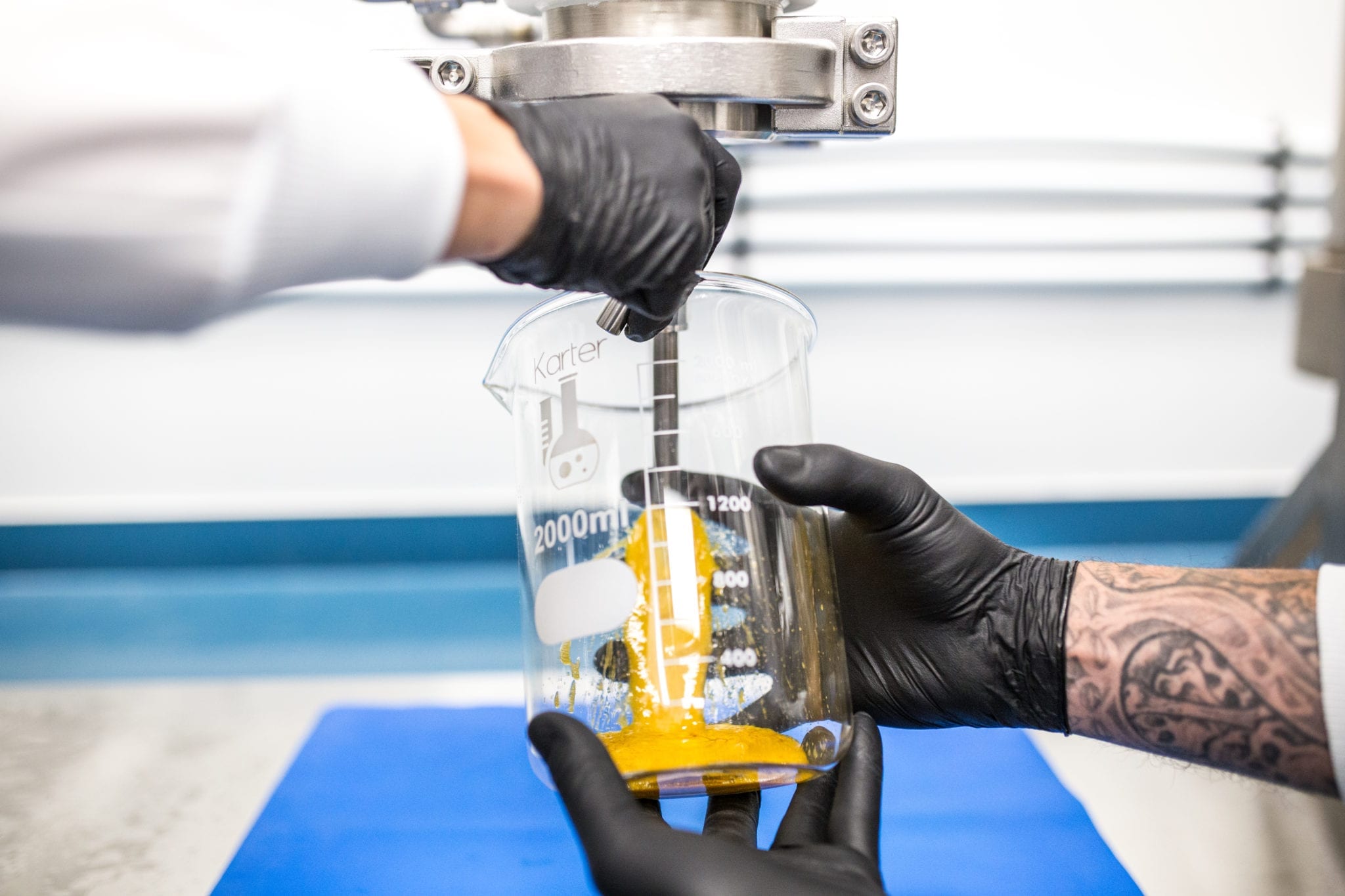 Until recently, The Valens Company Inc. (TSX: VLNS) has managed to retain generally positive financial results over an undeniably rough stretch for the Canadian weed industry.

The most recent fiscal period, however, has been a gut-punch for the leading extraction firm with its client base of licensed producers struggling under the financial strain of the pandemic.

On Thursday, Valens reported a revenue drop of 45 per cent to $17.6 million, from a record high of $31.9 million in the previous quarter.

Gross profit fell 65 per cent to $6.3 million from $18.1 million, with total gross profit falling for the second quarter in a row.

Adjusted earnings before interest, taxes, depreciation and amortization dropped 81 per cent to $2.7 million from $14.3 million.

Stock in the company inched up 3 cents on the day to $2.20 on the Toronto Stock Exchange.

President Jeff Fallows says the pandemic has presented significant challenges to its clients, resulting in a reduction of demand for its extraction services which Valens expects to continue into the next quarter.

“However, the flexibility of our platform and diverse customer base has helped us navigate these challenges,” he said in a statement. “Since the end of the quarter, we have experienced positive momentum from securing several custom manufacturing partnerships to launch a breadth of new products and showcase more of our product development capabilities.”

The new contracts will give the company more visibility into future earnings growth in its custom manufacturing and white label segment, Fallows said, which he anticipates will ramp up in the second half of fiscal 2020.

Corporate highlights in the quarter include repurchasing and cancelling 43,600 common shares through a normal course issuer bid at $2.24 – $2.25 per share. Valens says its share price is undervalued compared to its industry peer group and may repeat re-use the mechanism in the coming months.

And at the end of May, the firm got a syndicated loan from CIBC and ATB Financial for up to $40 million, of which $20 million was drawn by the end of the fiscal period.

Among its operational highlights, Valens noted manufacturing a record 36 SKUs compared to nine in the first quarter of the year. It launched a line of cannabis-infused beverages, produced under a white label agreement with A1 Cannabis Company.

Continuing its previous aid in the Covid-19 effort, Valens produced and bottled 30,000 bottles of hand sanitizer liquid at its Kelowna facility.