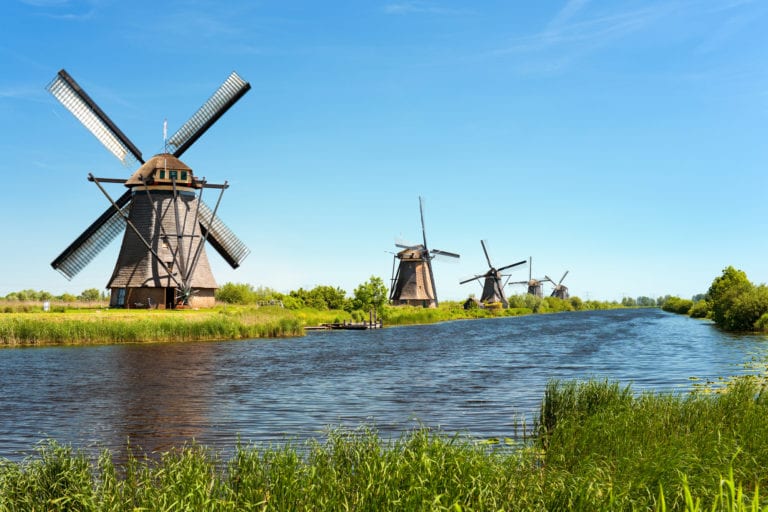 After a steep fall in revenue last quarter, Canadian producer The Green Organic Dutchman Holdings Ltd. (CSE: TGOD) (US-OTC: TGODF) says it has increased its income thanks to its revamped sales strategy and new product offerings.

On Wednesday, the Ontario-based company reported the financial results for its fourth quarter and its fiscal year 2021. It reported yearly net revenue of $30.2 million which is a 138-per-cent increase from $12.7 million last year.

For the twelve months ended Dec. 31 last year, the company recorded $33.8 million in adult-use cannabis sales which is a 144-per-cent increase from $13.8 million in the previous year. Medical sales almost doubled for the year totalling $2.8 million from $1.6 million in 2020.

Losses from operations were also reduced by around 30 per cent to $28.7 million from $40.9 million last year.

TGOD made the decision to move from a syndicated sales model to a scaled growth model with a dedicated sales force through product education, market penetration and distribution of its brands.

Last November, the company entered into an agreement with sales and marketing agency Acosta Canada Corp. for the exclusive sales representation of TGOD adult-use cannabis brands across Canada.

“Our two-prong approach of onboarding key retail chains while having boots on the ground with our dedicated sales force is starting to bear fruit,” CEO Sean Bovingdon said.

The increase in quarterly revenue is attributed to a spike in adult-use cannabis sales overall but particularly in December, sales jumped to $5.18 million in gross revenue.

Adult-use sales during the quarter totalled $11.1 million for the fourth quarter which is an increase of 28 per cent from $8.7 million last quarter. Medical cannabis sales in the fourth quarter increased by 74 per cent to $988,000 from $552,000 in the third quarter.

Quarterly adjusted earnings before interest, taxes, depreciation (EBITDA) loss was $3.3 million for the fourth quarter which is a 40 per cent improvement from the last quarter. 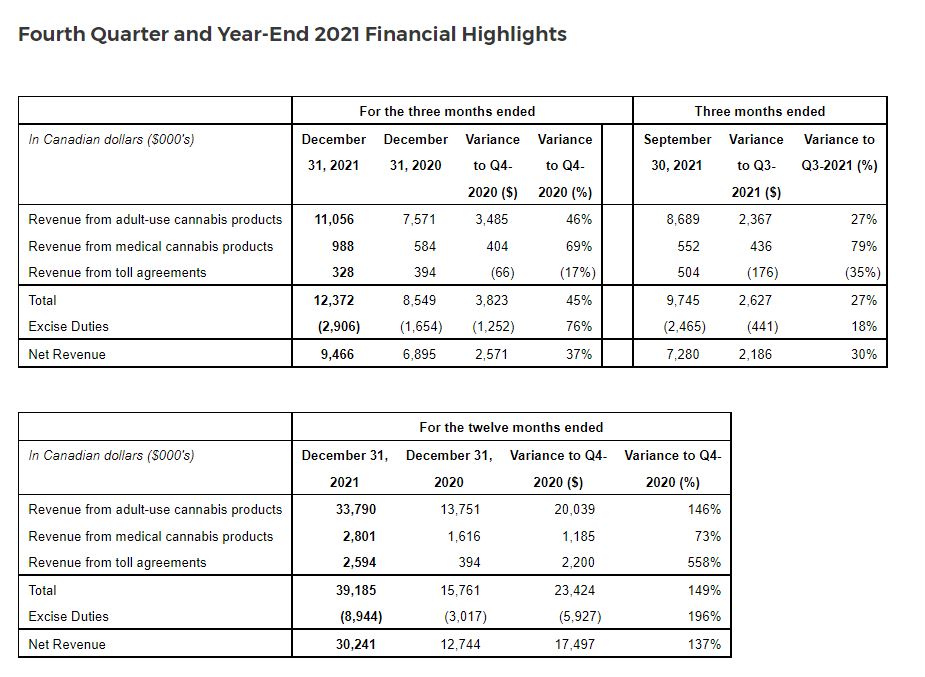 “We closed 2021 with strong momentum as we saw significant growth quarter-over-quarter, reflecting continued execution of our strategic plan as we remain focused on quality, consistency and transparency,” TGOD CEO Sean Bovington said in a statement.

“We are on track to hit our positive adjusted EBITDA target in Q2 2022, with continued monthly sales progression from the strong month of December,” he added.

The company sells cannabis under the brands The Green Organic Dutchman, Highly Dutch Organics, Ripple by TGOD and Cruuzy.

It also owns overseas subsidiaries including TGOD Europe B.V, HemPoland and Medican. The company has also started shipping cannabis flower and other extracts to South Africa.

In this article:earnings, TGOD, The Green Organic Dutchman Holdings Ltd.