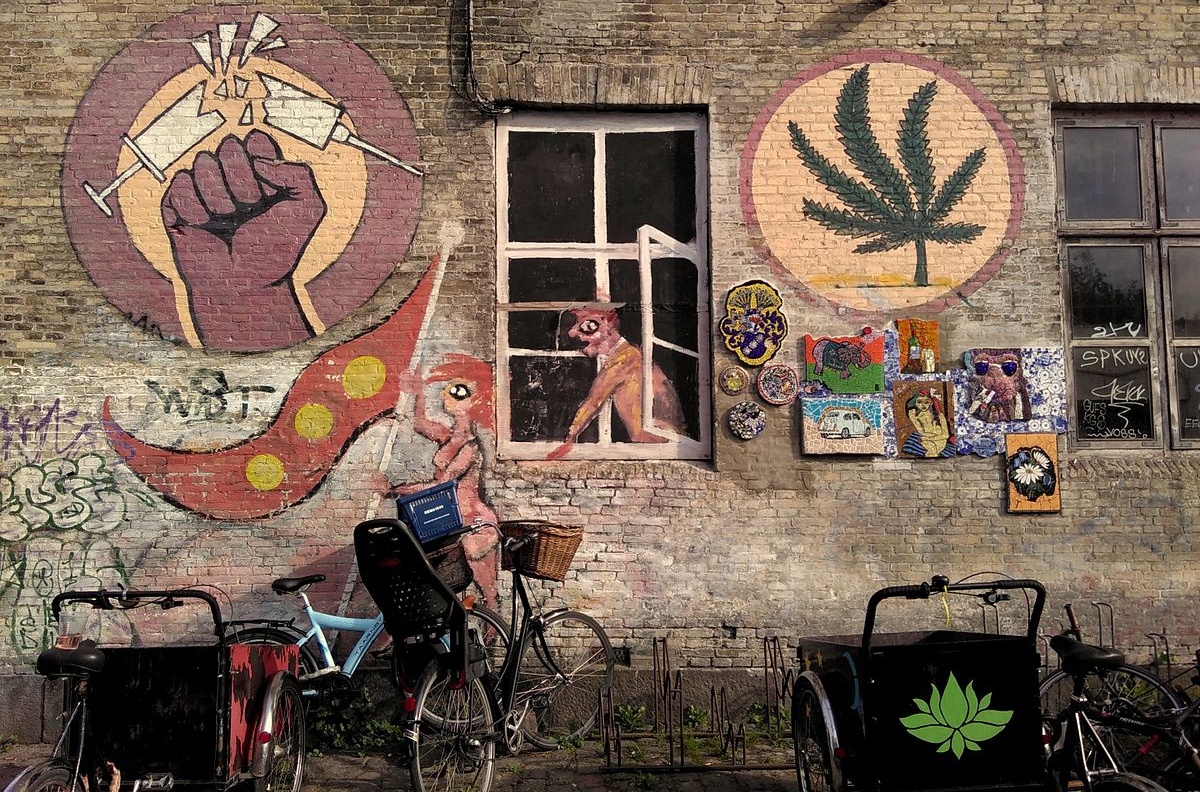 Pro-cannabis and anti-heroin murals on a wall in Christiania, Denmark. Photo by Smurrayinchester via Wikimedia Commons

Danish officials across five political parties have proposed a plan for an adult-use cannabis pilot similar to a program underway in its capital city.

Earlier this month, the proposal was presented in Danish Parliament instructing the government to start legislative work that will result in a bill that legalizes cannabis for five years.

According to submitted documentation, that bill will look like one put forth in Copenhagen with sales at state-controlled outlets, and it’s legal for citizens to buy, possess, grow and consume cannabis for personal use.

The proposed scheme would set up public outlets in municipalities wishing to join the program.

Production would be legalized, and take place domestically in Denmark.

Retailers would be run by trained staff who are knowledgeable about cannabis, including related risks and treatment options.

Pricing would be set up to “meet the expectations” of people who use cannabis products, and are competitive with the illicit market. Buyers must be at least 18 years old and be a resident in the country.

Officials say proceeds from the sale of cannabis must go toward prevention and treatment of substance use issues.

“The existing ban on cannabis has not limited neither consumption nor sale of cannabis products in Denmark since the introduction of a ban 40 years ago,” reads the parliamentary document.

“The existing legislation thus criminalizes more and more citizens, and up to half of the population has actively violated it,” the document continues.

The officials note programs in Portugal, the U.S. and Canada, stating that there’s no evidence indicating that legalization leads to an increase in consumption, particularly among young people.

They also note other drug reform efforts in Eurozone countries including Norway, Sweden and Luxembourg.

Medical cannabis is currently legal in Denmark as part of a four-year pilot that kicked off in 2018.