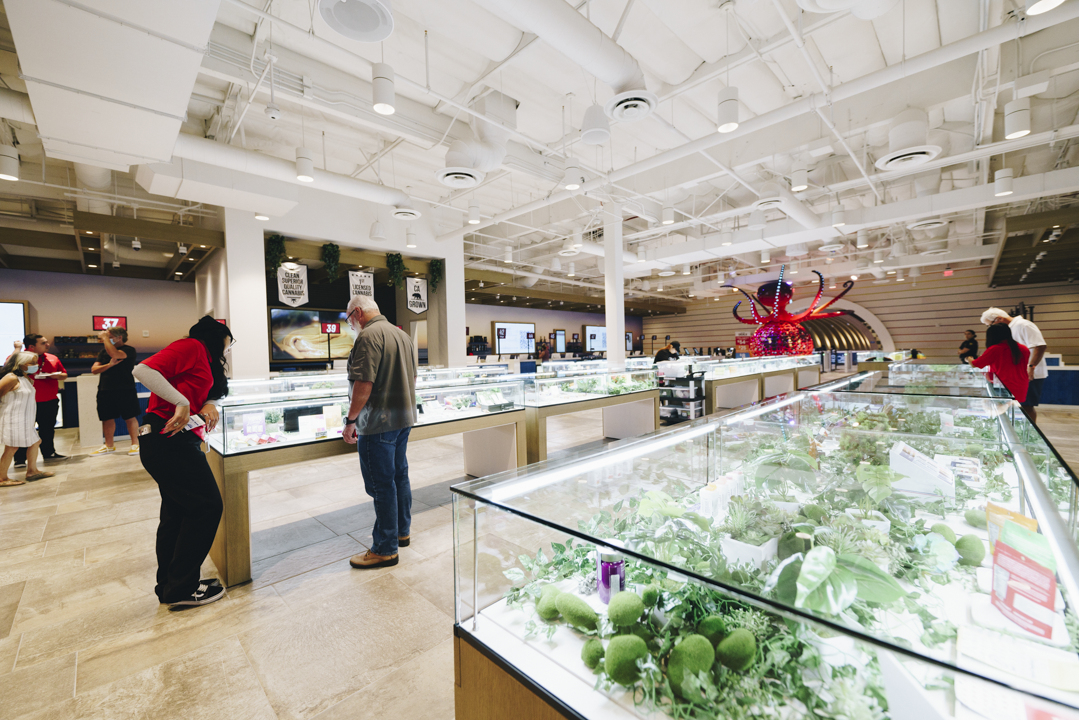 Although sales slowed in the last part of the year, superstore cannabis retailer Planet 13 Holdings Inc. (CSE: PLTH) (OTCQB: PLNHF) managed to drive growth by expanding its store footprint throughout 2021.

On Tuesday, the company released its earnings results for the fourth quarter and fiscal year, with annual revenue climbing 70 per cent to US$119.5 million from US$70.5 million last year.

Over the 12 months, gross profit margin improved to over 55 per cent from nearly 50 per cent.

In the fourth quarter, sales slowed 10 per cent to US$29.9 million from US$33.3 million in the third quarter.

Over the same period, gross profit margin improved slightly to over 54 per cent.

During a quarter that’s seasonally slower and marked by less tourist traffic, co-CEO Larry Scheffler says Planet 13 was able to maintain market share above 10 per cent in the Las Vegas cannabis sector.

“In addition to the competitive performance demonstrated by our SuperStore and neighborhood store, our brands grew 21% in a market that was down 5 per cent in Q4,” he says in a statement.

“Similarly, while the California market was down sequentially in Q4, our Orange County store grew 7.2 per cent in the quarter on the back of increased brand awareness.”

Other co-CEO Bob Groesbeck notes that the company has been working to operationalize new assets acquired over the past year.

“We are making strong progress on our Florida roadmap working in dual tracks to bring cultivation and retail online,” he continues.

“In California, we closed the acquisition of Next Green Wave in March allowing us to become vertically integrated in the state and bring our award-winning brands to Planet 13’s California fans.”