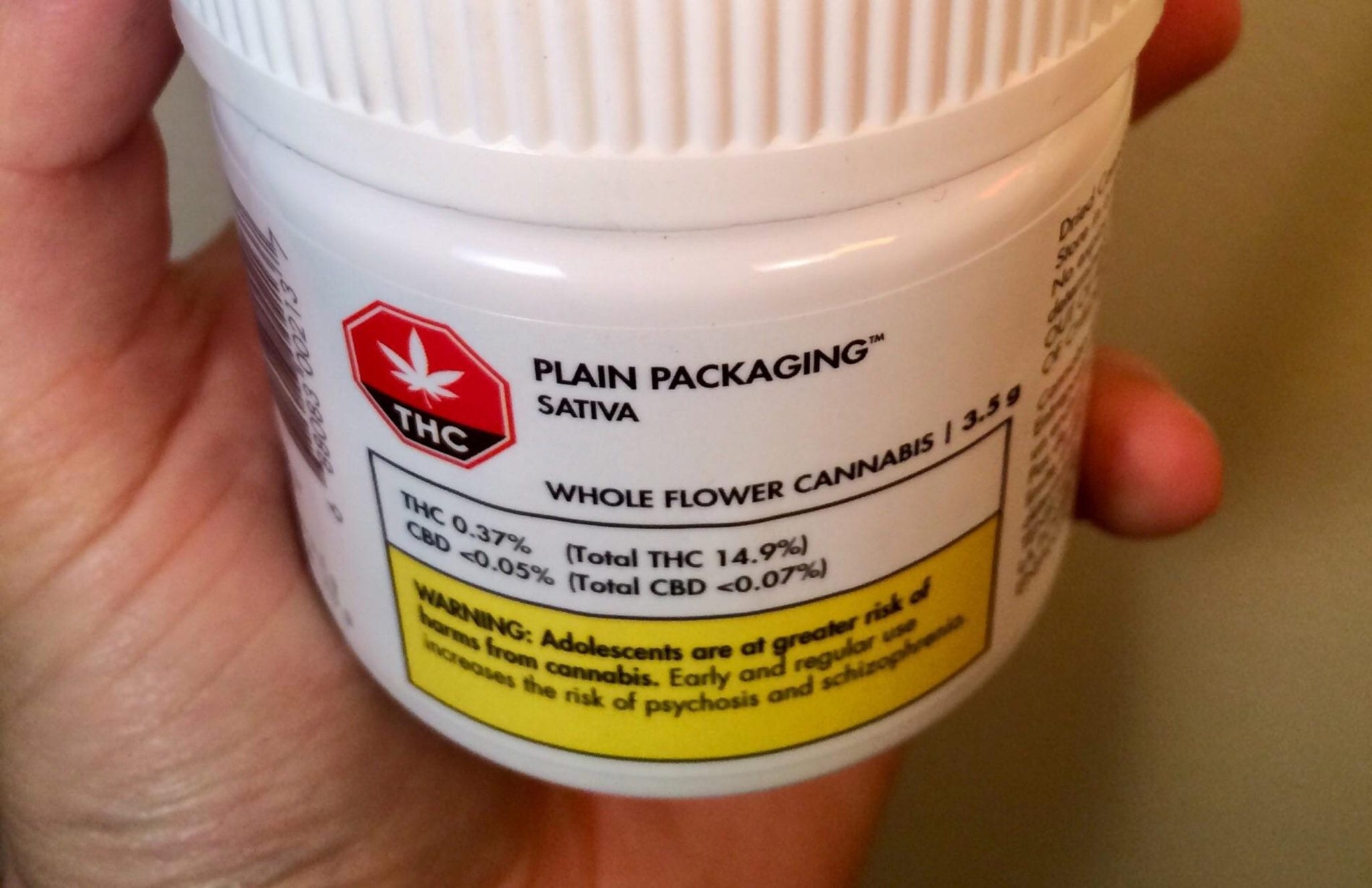 Canada’s restrictive packaging rules for cannabis products are fuelling the false narrative that THC content is the number one measurement of quality, says a cannabis industry academic.

Under the country’s labelling regulations, licensed producers are limited to print a brand name, a small company logo and the percentages of the cannabinoids THC and CBD on their packages for flower and concentrate products. It should be noted that other rare cannabinoids are also being printed on labels, and a handful of other producers are now including terpene profile information there too, which the rules allow. And of course, price is the final number that grabs customers’ attention.

But those restrictions have led to industry players competing based on the ratio of highest THC content to lowest price. Case in point, Hexo Corp. (TSX: HEXO) launched a new marketing campaign this week bragging that its Up Cannabis brand will only have 20 per cent THC or higher in all its flower products.

And that’s a problem because it’s misinforming consumers about the total value, effect, and quality of what are actually very complex products, says Michael Armstrong, a professor at Brock University’s Goodman School of Business and an expert on the cannabis trade.

“So what the regulator has created as an incentive with packaging rules, is for producers to try and max their THC numbers and minimize price.” he said in a phone interview. “And that’s what the users will see and respond to.”

THC hype is indirectly encouraged by plain-packaging rules that allow a name, logo, & 2 prominent numbers: THC% and CBD%. With little other info, those get attention.

Do terpenes matter more than THC?

Along with many cannabis enthusiasts, Armstrong argues that producers should be allowed to communicate a qualitative description on packages. Doing so would help better educate consumers on the entire experience that products in the market offer.

One of the biggest measurements of quality that isn’t being explained in detail are the importance of terpenes, experts say.

Terpenes are essential oils that determine the rich scents and flavour in each unique cultivar. The 100 different varieties of terpenes, unique in each plant, provide specific health effects such as mood elevation, stress relief, drowsiness, as well as anti-inflammatory and anti-fungal effects.

The aromatic molecules are also known to enhance the potency and effects of cannabinoids like THC and CBD in what’s often referred to as an “entourage effect.” 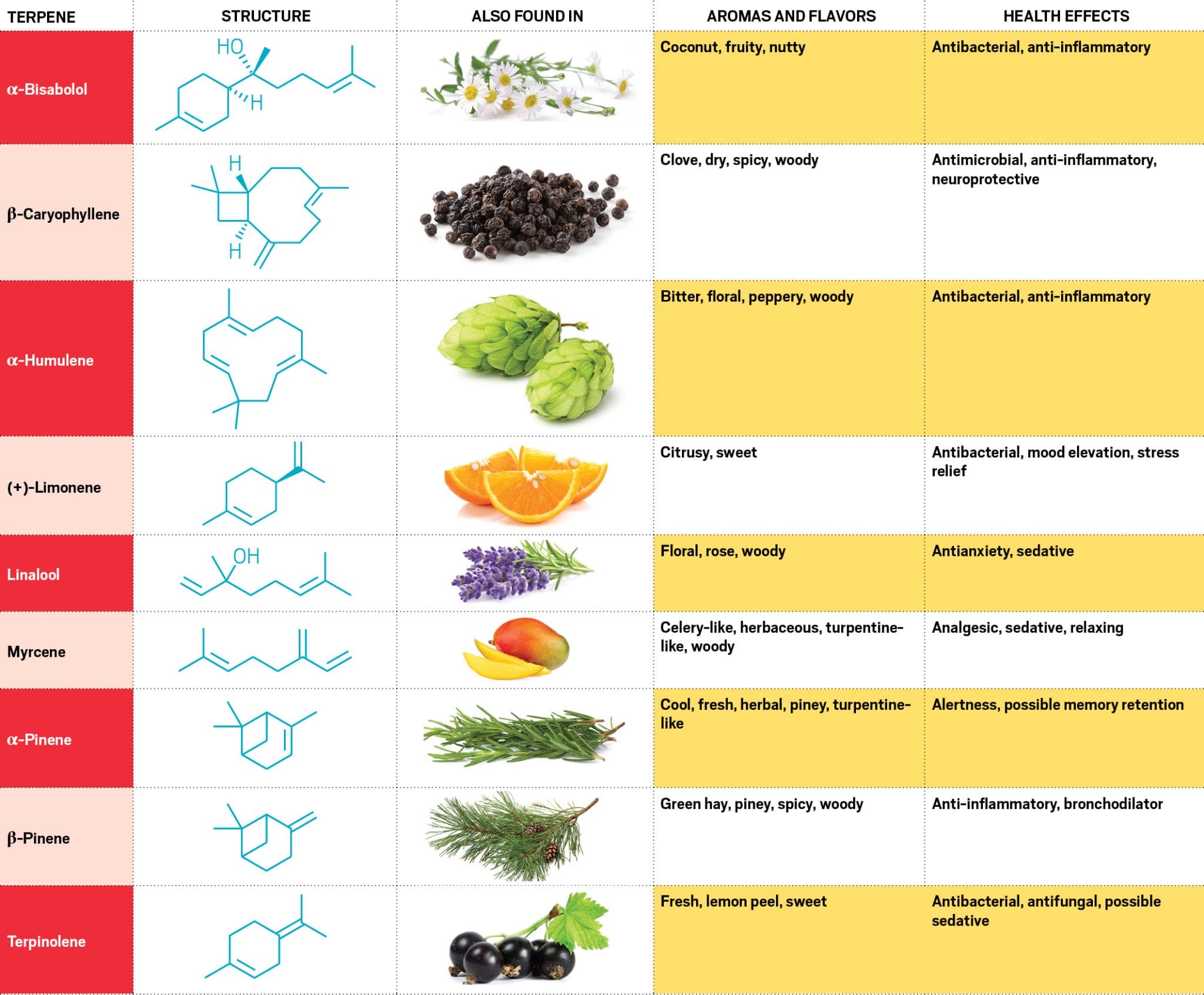 In the business world, Armstrong says, marketers would normally be providing pictures, diagrams and brief summaries on packages to communicate the complex effects of the individual terpenes and cannabinoids.

This would allow customers to zero in on the perfect cultivar that suits their specific needs, while reducing their perception on the significance of THC content.

“It’s like buying alcohol products based only on the percentage of ethanol on the label,” Armstrong says. “Instead, we have different flavours of beer, wine and Scotch because they offer different experiences and effects.”

But Adam Greenblatt, a branding expert and medical cannabis industry pioneer, says the market’s focus on THC shouldn’t be seen as a problem, but rather a defining feature.

“THC is by far the main driver behind the psychoactive and therapeutic effects sought by most consumers (rec and med),” he wrote in a Twitter thread on Thursday. “Terpenes might be the steering wheel but you don’t go anywhere without a gas pedal.”

🧵: the weed market’s hyper focus on THC is not a bug, it’s a feature

Regardless of where you stand on this divisive topic, emerging science is showing that consuming higher THC levels appears to have no effect on the human body and mind at a certain threshold.

A study conducted by the University of Colorado and published in JAMA Psychiatry in June found that THC content is a poor indicator of potency.

The researchers documented the experiences of 121 long-time cannabis users. Half of the study participants were given two THC strengths of dried flower, the other half received concentrates at 70 per cent or 90 per cent THC.

The participants’ blood was checked as well as their mood, cognitive function, and intoxication level before, immediately after, and one hour after use.

To the researchers surprise, every participants’ self-reported level of intoxication was about the same, as were their measures of balance and cognitive impairment.

“Cannabinoid receptors may become saturated with THC at higher levels, beyond which there is a diminishing effect of additional THC,” they wrote in a statement.

However, there are also growers and consumers who argue that high THC levels are one of the best indications of quality breeding and cultivation.

Revising labelling rules would be a win for industry, society and policymakers

Armstrong argues that by enforcing plain packaging its leading to more cheap, potent pot in the Canadian market, which is the opposite of what federal policymakers would like to have.

When the Cannabis Act goes under review in Ottawa next October, he says industry should be lobbying for changes that all stakeholders involved are more likely to agree on. 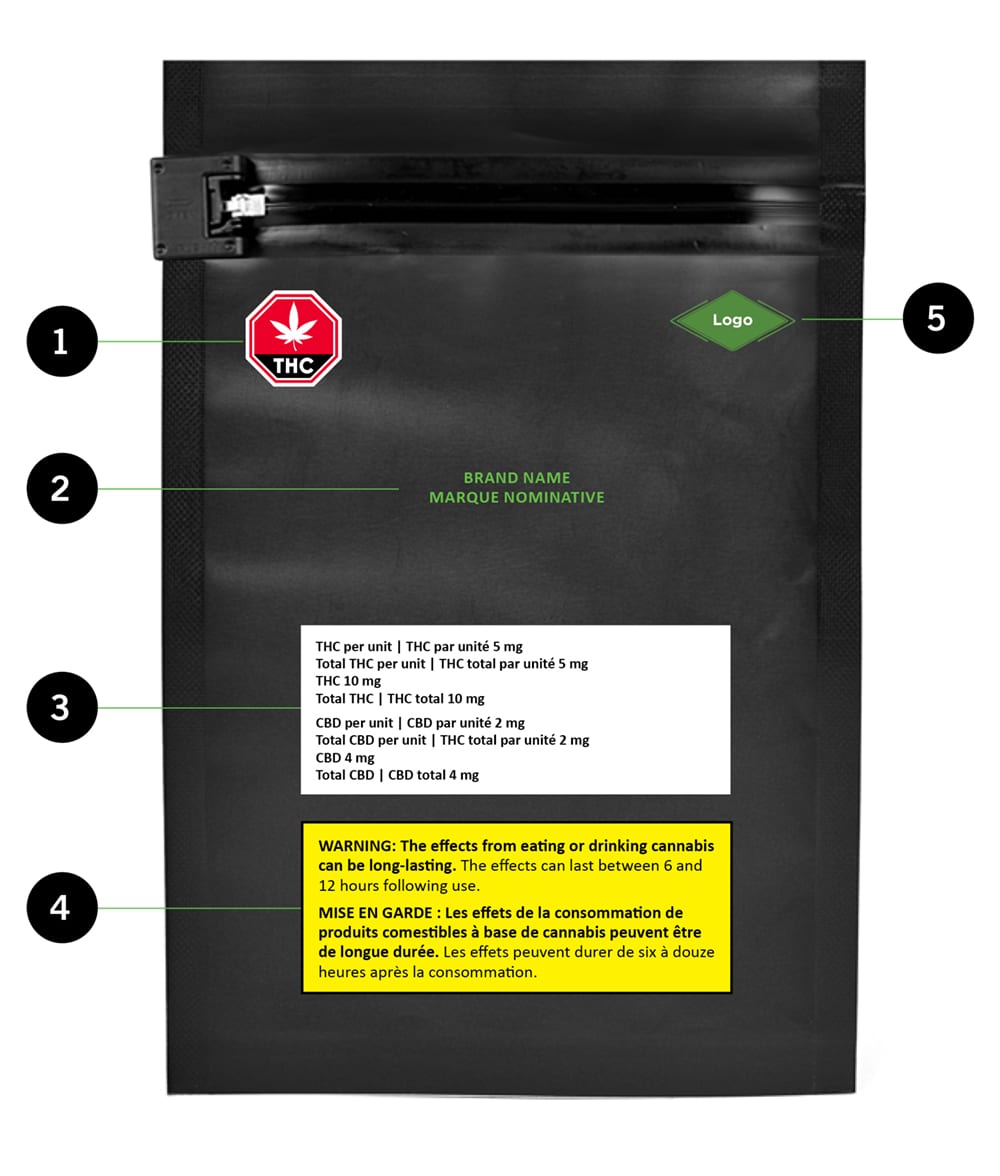 He thinks removing strict rules on labelling would be a good middle ground option because it wouldn’t hurt existing federal objectives.

“By relaxing packaging rules, the government would actually meet their own objectives, because it gives the producer a way to communicate the value of lower THC products,” Armstrong says.

He says the industry should start by pushing for smaller changes like this rather than major advertising reforms like lifting celebrity endorsements.

And more information on packages wouldn’t attract new consumers and could help reduce illicit market sales, which are also both government mandates. That’s why  advertising bans and celebrity endorsements might.

For now, strict packaging rules give retailers the power to influence the consumer, Armstrong says. And because budtenders have direct communication with customers, the producers are largely cut off.

“Under existing rules, the producer is relegated to basically being a commodity and the retailer gets a lot more influence on the customer. So producers are basically competing on price, and only one or two characteristics.”