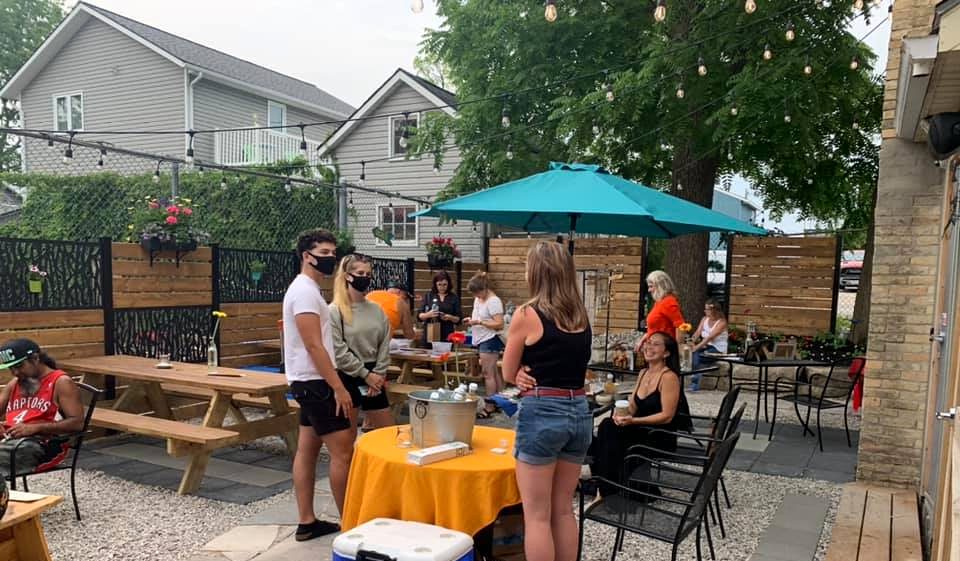 The Behind the Bend outdoor consumption space. Photo via The Bend Cannabis Co.

For Laura Bradley, smashing stigma around cannabis comes in the form of an outdoor café in an Ontario beach town where customers can smoke weed.

It’s been two months since Bradley opened Behind the Bend, an open-air cannabis consumption lounge in Grand Bend that’s abiding by what rules it can, and preparing for potential regulations to come.

The café is located behind Bradley’s cannabis store, The Bend Cannabis Co.

Since the walls are permeable and there isn’t a roof, customers can smoke pot while enjoying a charcuterie box and playing board games.

“I didn’t ask for permission,” she says of her discussion with the city. “I said, ‘I’m going to create a safe space in my backyard where people consume and just keep it off the beach, keep it off the streets, keep it away from the families and the children.’”

Grand Bend Beach is smoke- and vape-free, and she says the city and community haven’t raised any concerns yet. 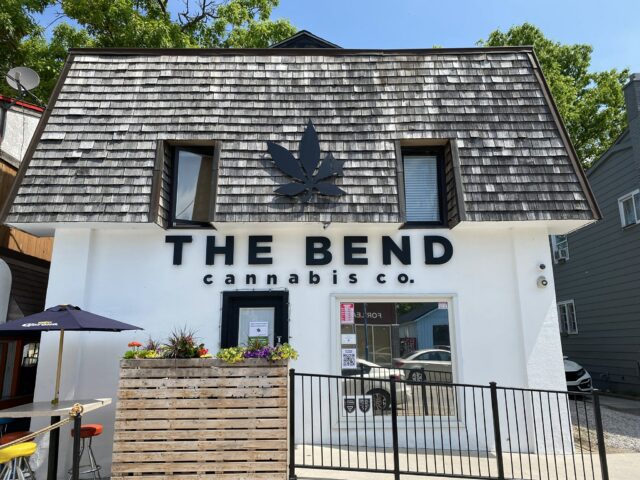 Behind Bradley’s cannabis store, the Bend Cannabis Co., is an open-air cannabis consumption lounge. Image via the Bend

There was some uncertainty about opening a cannabis café in a bustling beach town prone to partying, enough that Bradley preemptively set the cafe’s closing hours before last call.

“Everybody’s making friends and having a good time,” she says. “The number one thing that I’ve been blown away by is how much camaraderie there is back here.”

Customers are getting to know one another, they help clean up at the end of the night, and two months in, not a single game piece has been lost, Bradley adds.

‘Trying to follow what I think the rules will be’

The Smoke-Free Ontario Act prohibits smoking and vaping indoors, so Bradley’s setup is working within those rules.

And with food being prepared in a separate shed on the property, she says it’s considered more of a food truck.

“None of the food is prepared in the areas where they’re consuming cannabis. So again, the rules aren’t actually written for what I’m doing, but I’m following all the existing rules,” she tells Mugglehead by phone.

“The rules haven’t really been written for this yet. So I was just trying to follow what I think the rules will be.”

Government-issued ID is needed to get in and all staff have their Smart Serve training to monitor for intoxication. Weed can’t be bought at the café and any pot being smoked must be from the legal market and customers need a receipt to prove it. 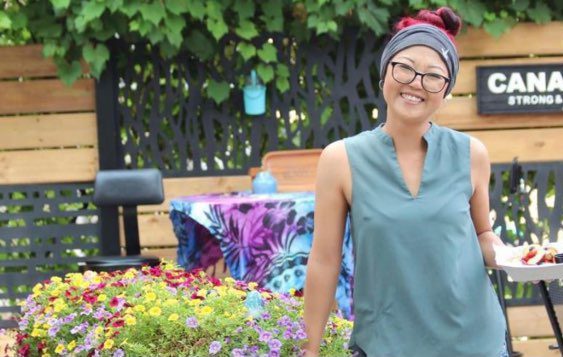 Not only is she striving for a space where new and experienced cannabis users feel welcome, but one that could help shift the industry.

In part, that means retiring the notion that stoners would only want candy or nachos at a cannabis café, which is why Bradley’s menu is far from that. Eventually, she wants to include cannabis-infused items when that’s allowed.

Bradley also hopes that by example her café can help expedite consumption lounge rules by showing one way to run one. With that, however, comes added pressure.

“If we make mistakes, then we have a lot of negative outcomes from this, then the rules will take a lot longer to get written,” she says. “I’m really just trying to be careful so that we can push harder, go faster, and everybody can start doing this.”

Given the seasonal nature of business in Grand Bend, Bradley isn’t anticipating enough foot traffic to stay open through the winter anyway. And if she added a covering as a roof to the outdoor space, it would violate provincial smoking rules.

Cannabis consumption lounges not quite allowed in Canada

Indoor public cannabis consumption has yet to be permitted in Canada, though some lounges — like Vancouver’s New Amsterdam Cafe — have been operating outside of laws for decades.

The Hot Box Café, in Toronto’s Kensington market, claimed the title of Canada’s first legal consumption lounge in 2019, after working with officials to allow pot smoking on its back patio.

The few places in Canada that have mulled over the idea of allowing consumption lounges haven’t followed through yet.

Ontario had been considering consumption lounges early last year, though the province noted that didn’t include smoking or vaping.

In Alberta, a recent exemption included in The Tobacco, Smoking and Vaping Reduction Act made it possible for indoor cigar lounges to open but not cannabis consumption café.

South of the border, cannabis consumption lounges are allowed in multiple states and some cities.