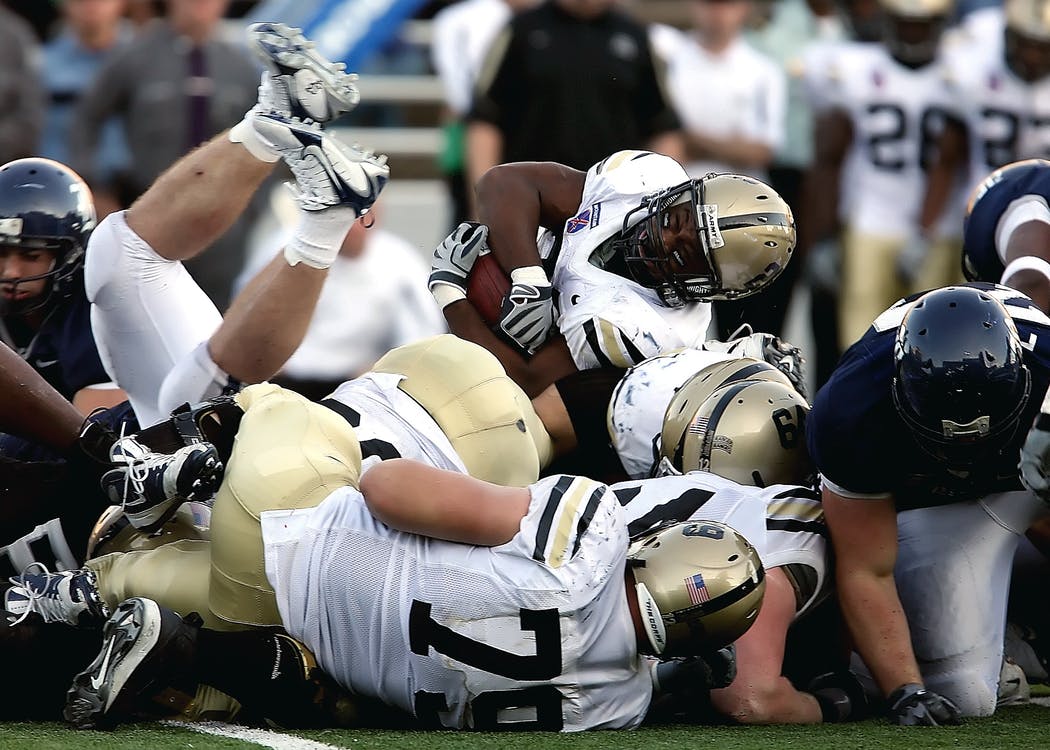 The NFL is funding US$1-million worth of cannabis research into the plant’s potential for pain management and neuroprotection from concussion in football players.

On Tuesday, the league said the awarded funds will be divided between teams at two universities as part of a research initiative launched by the NFL’s pain management committee last year.

Through clinical trials, researchers at the University of California San Diego will assess the effects of cannabinoids on pain and recovery from sports-related injuries.

At the University of Regina is Saskatchewan, researchers will study whether cannabis and hemp-based cannabinoids can be effectively used for pain management. And specifically if they can reduce the use of prescription medication, including opioids, in post-concussion syndrome athletes.

The team will also look at the neuroprotective properties of cannabinoids to reduce the incidence or severity of acute and chronic concussion in players.

“The prevention and treatment of concussions is at the core of my research,” says Dr. Patrick Neary, exercise physiologist and professor at the University of Regina.

“Ultimately, this study has the potential to change not only the lives of current and former NFL players, but also the lives of anyone who may suffer from a concussion.”

Concussions in pro #sports is a serious issue. That’s why the @NFL has teamed up with the #UofRegina to provide more than $500,000 USD in research funding to @URAllKinected’s Dr. Patrick Neary to study the beneficial effects of #cannabis in pain management for #concussions.

In a statement, the NFL says the results of the studies may inform alternative pain-management strategies, but won’t have an impact on the drug policy agreement between the players’ union and the league.

NFL players aren’t allowed to participate in the research. Instead, the NFL says elite professional athletes from outside the league will participate.

“As with the league’s broader approach to health and safety, we want to ensure that our players are receiving care that reflects the most up-to-date medical consensus,” says Dr. Allen Sills, NFL’s chief medical officer.

“While the burden of proof is high for NFL players who want to understand the impact of any medical decision on their performance, we are grateful that we have the opportunity to fund these scientifically-sound studies on the use of cannabinoids that may lead to the discovery of data-based evidence that could impact the pain management of our players.” 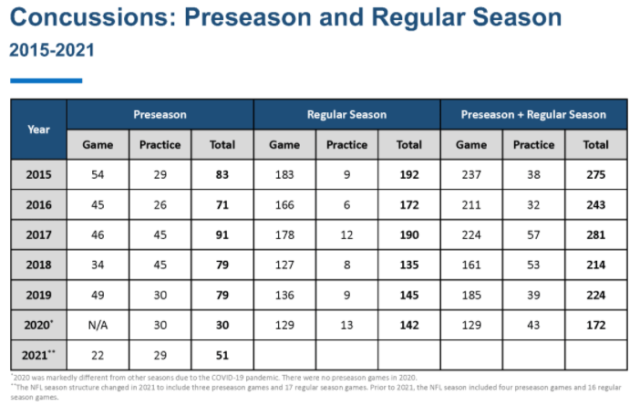 There were another 172 concussions documented in 2020 but that year didn’t include a pregame season. Chart via NFL

In 2012, former NFL players launched a class-action lawsuit against the league, accusing the NFL of knowing about the connection between football and long-term brain injury. In the final settlement in 2015, the NFL agreed to pay up to US$1 billion for retired players with serious medical conditions linked to repeated head trauma.

Despite connections between football and chronic traumatic encephalopathy — a term used to describe brain degeneration likely caused by repeated head trauma — the NFL didn’t acknowledge the link officially until 2016.

Studies have found CTE in nearly all brains donated to research by former NFL players. The disease can only be diagnosed after death.