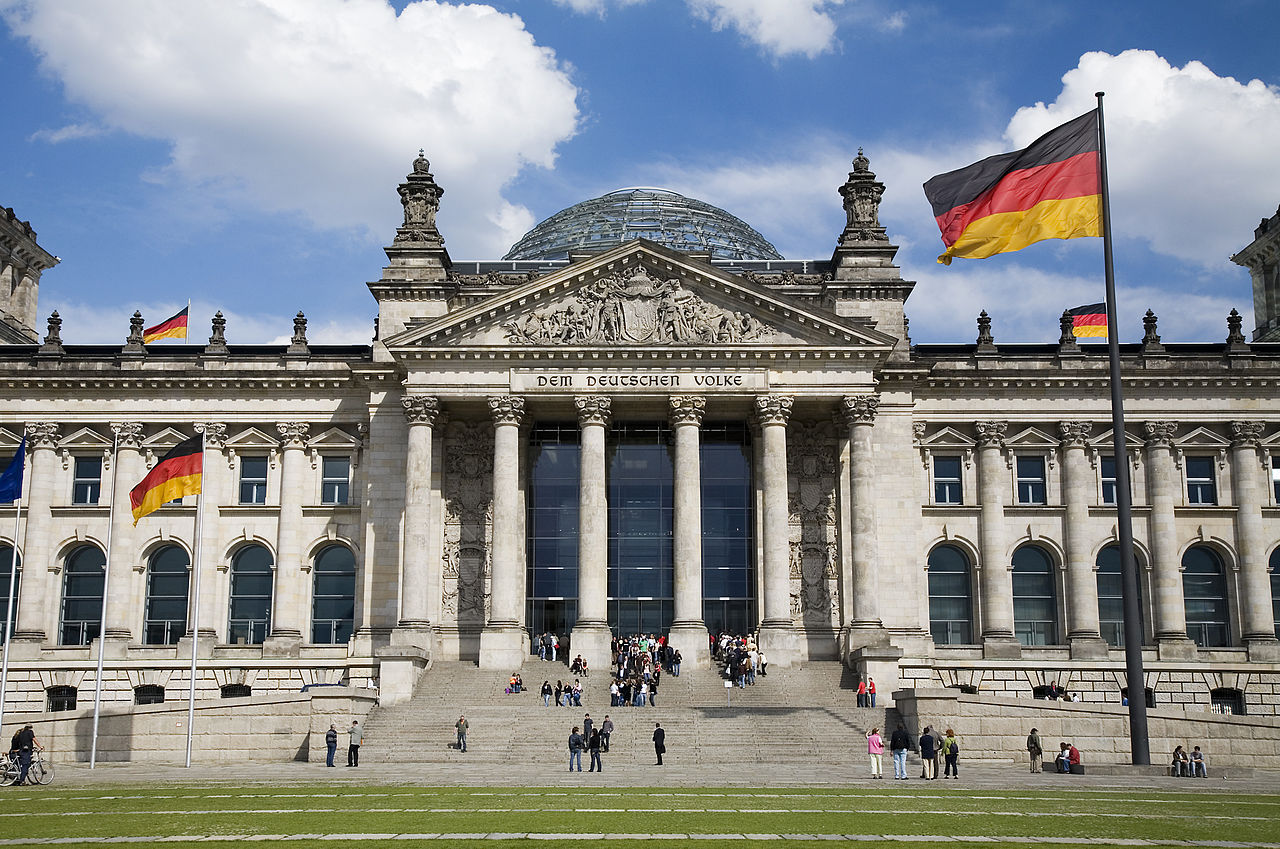 A new German government could signal winds of change on cannabis reform. Photo of the Budenstag parliament building by Jorge Royan via Wikimedia Commons

While coalition talks are underway for Germany’s next government, the prospect of legalizing weed there could bring in €4.7 billion a year and create thousands of jobs, according to a new survey.

Released Tuesday, the survey by the Düsseldorf Institute for Competition Economics (DICE) at Heinrich Heine University Düsseldorf for the German Hemp Association (DHV), calculated potential income and savings if the country legalizes pot.

Using information from countries that have legalized cannabis and survey data on consumer behaviour in Germany, the survey estimates legalization could create around 27,000 jobs in the industry.

The €4.7-billion total is a combination of new revenue and cost savings following reform. The biggest monetary gain stems from a cannabis tax, which could bring in €1.8 billion a year alone, and more than €1 billion could be saved in policing. 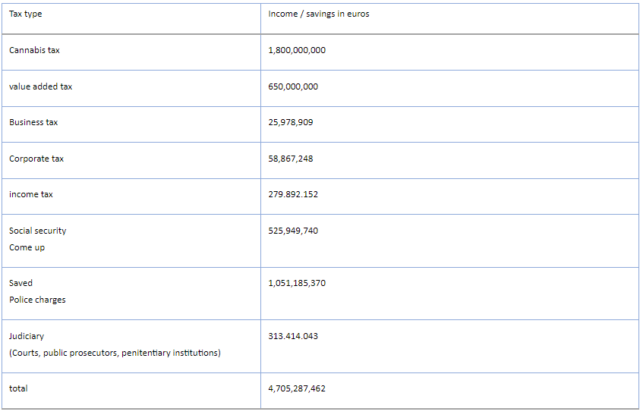 The data builds on a 2018 survey conducted on behalf of the German Hemp Association. Chart via the DHV

“The cannabis ban policy has failed and has not been able to curb drug use,” says Justus Haucap, director of DICE.

“But precisely because cannabis use can be harmful to health, the black market should be placed under state supervision,” he said in a statement. “Regulation of the market not only increases consumer protection because the quality of cannabis can be guaranteed but also makes addiction prevention easier and relieves the burden on authorities and the state budget.”

While cannabis legalization was off the table under Angela Merkel’s Christian Democratic Union, talks to create a so-called traffic light coalition — made up of the Social Democrats (SPD), the Greens and the liberal Free Democratic Party — are underway.

According to BNN Bloomberg, negotiators from the three parties are working out details for a regulated recreational cannabis market, and a government is expected to form in December under SPD Leader Olaf Scholz.

A poll conducted by the DHV in October found relative majority support for legalization at 49 per cent, compared to 46 per cent in opposition. 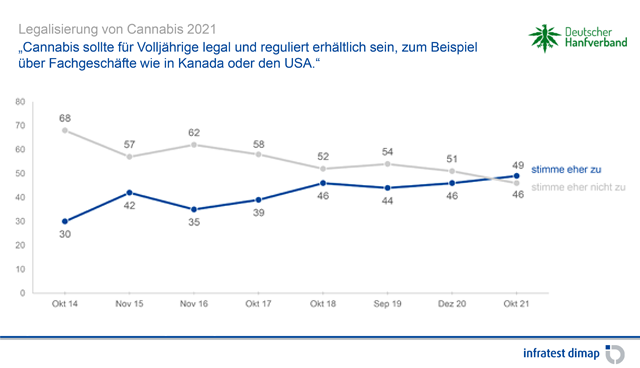 ‘Cannabis should be available legally and regulated for adults, for example
via specialty stores such as in Canada or the USA.’ Chart via the DHV

It’s the most support the association has seen for legalization in a representative survey.

“The DHV sees this result as a strong tailwind and as a signal to the traffic light parties to forego model projects for the sale of cannabis and to get down to business now,” reads a statement from the association.