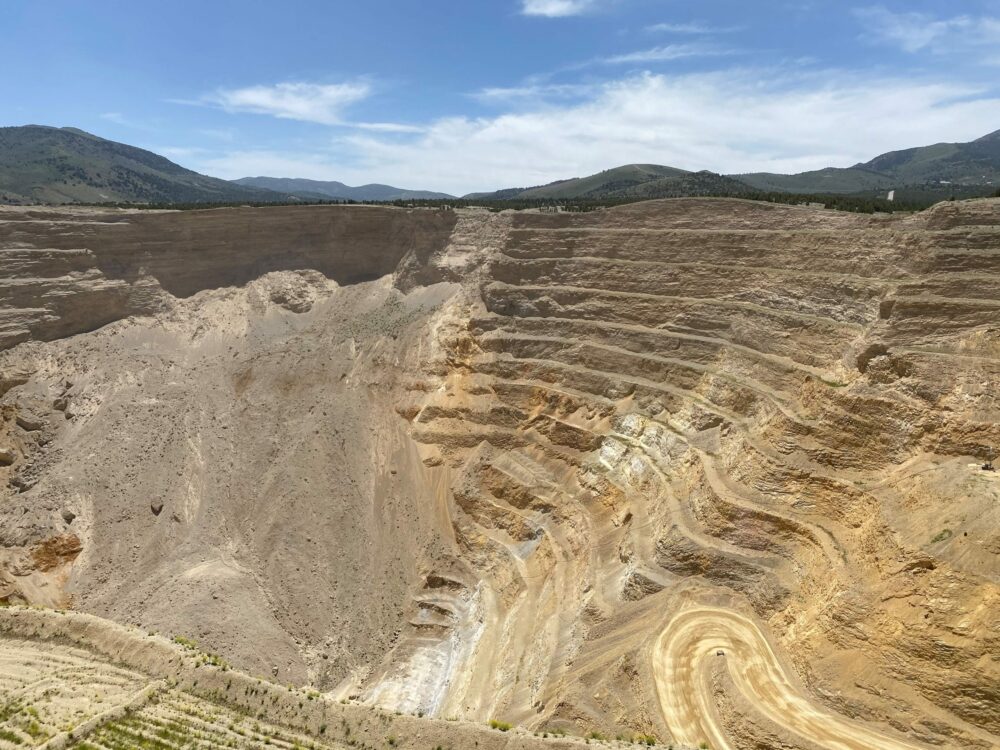 The company is also drill testing multiple target areas for polymetallic and base metal mineralization. Accordingly, this program has enjoyed substantial success with three new discoveries in the first dozen holes drilled. The first hole in the Hilltop Corridor (iRH22-61) intersected high-grade mineralization grading 12.3 per cent Zinc over 39.6 metres. 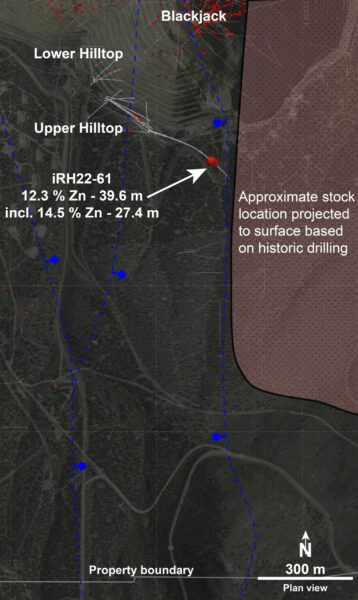 The intercept was 300 metres southeast of the Upper Hilltop Zone where recent drilling has brought back mineralization include intercepts like:

“This property provides i-80 with significant optionality as it is host to oxide gold, sulphide gold, poly-metallic CRD and skarn base metal mineralization,” said Ewan Downie, CEO of i-80.

The hilltop corridor is an alluvial covered structure trend stretching several kilometres from the Archimedes pit to the nearby FAD deposit drilled presently by Paycore Minerals (TSXV: CORE). The corridor is untested by previous drilling because of the alluvial cover. Specifically, hole iRH22-61 is the first to test this target and intersect zinc mineralization in the East Archimedes fault structure.  along the graveyard flats stock margin that produced an interval of 12.3 per cent zinc over 39.6 meters. 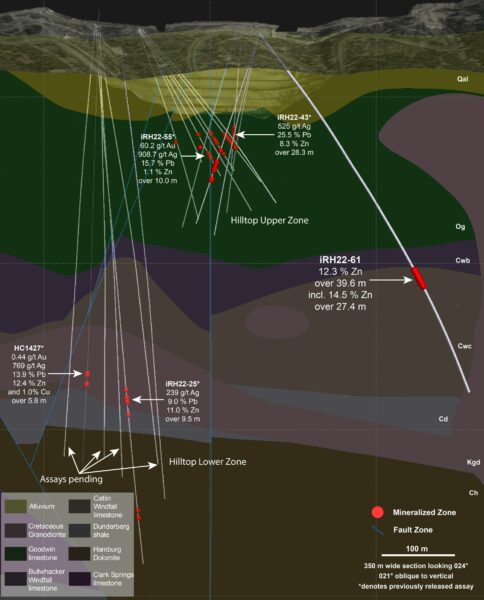 The company is presently drilling at Blackjack and intends on drilling in the vicinity of iRH22-61.

Drill results from the upper and low hilltop zones

The upper and lower hilltop zones are 400 metres southwest of the Blackjack Zone, south of the Archimedes pit and proximal to the portal the company is pushing for construction. All zones are open for expansion. Additionally, mineralization consists of polymetallic carbonate replacement deposits (CRD) like massive and semi-massive sulphide and oxide mineralization with high-grade precious metals and base metals.

Historically, the Eureka Mining District has produced high-grade polymetallic CRD production since the 1860’s. Historic grades rank among the highest of any CRD district in the world. Previously, the potential for the region has been overlooked in favour of Carlin-type gold deposits. The company is aiming to take advantage of that oversight.

Additionally, the company has finished geophysical surveys, including downhole electromagnetic (EM) and surface and induced polarization (IP) surveys. The intent is to find more massive sulfide targets. Early interpretation of the IP survey have discovered several untested, large-scale anomalies in the Hilltop Corridor. The company intends to use these are targets for future drilling at Ruby Hill.

Calibre Mining’s (TSX:CXB) (OTCQX:CXBMF) acquisition of Fiore Gold included a 100 per cent controlling interest in Fiore’s Pan Mine. The operation is located in White Pine County, Nevada in the Battle Mountain-Eureka gold trend. It includes the Pan Gold Mine, which offers considerable exploration options across its 43 kilometre stretch of land.

Historically, its three principle targets have been lucrative for the company. 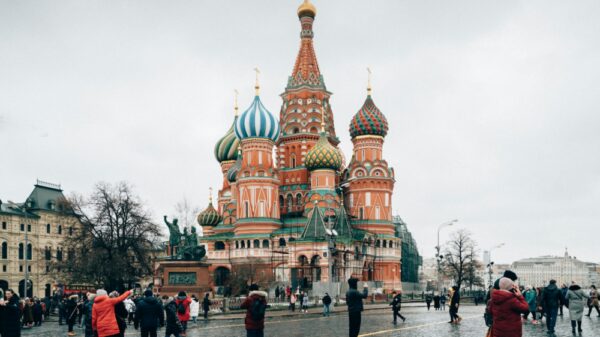