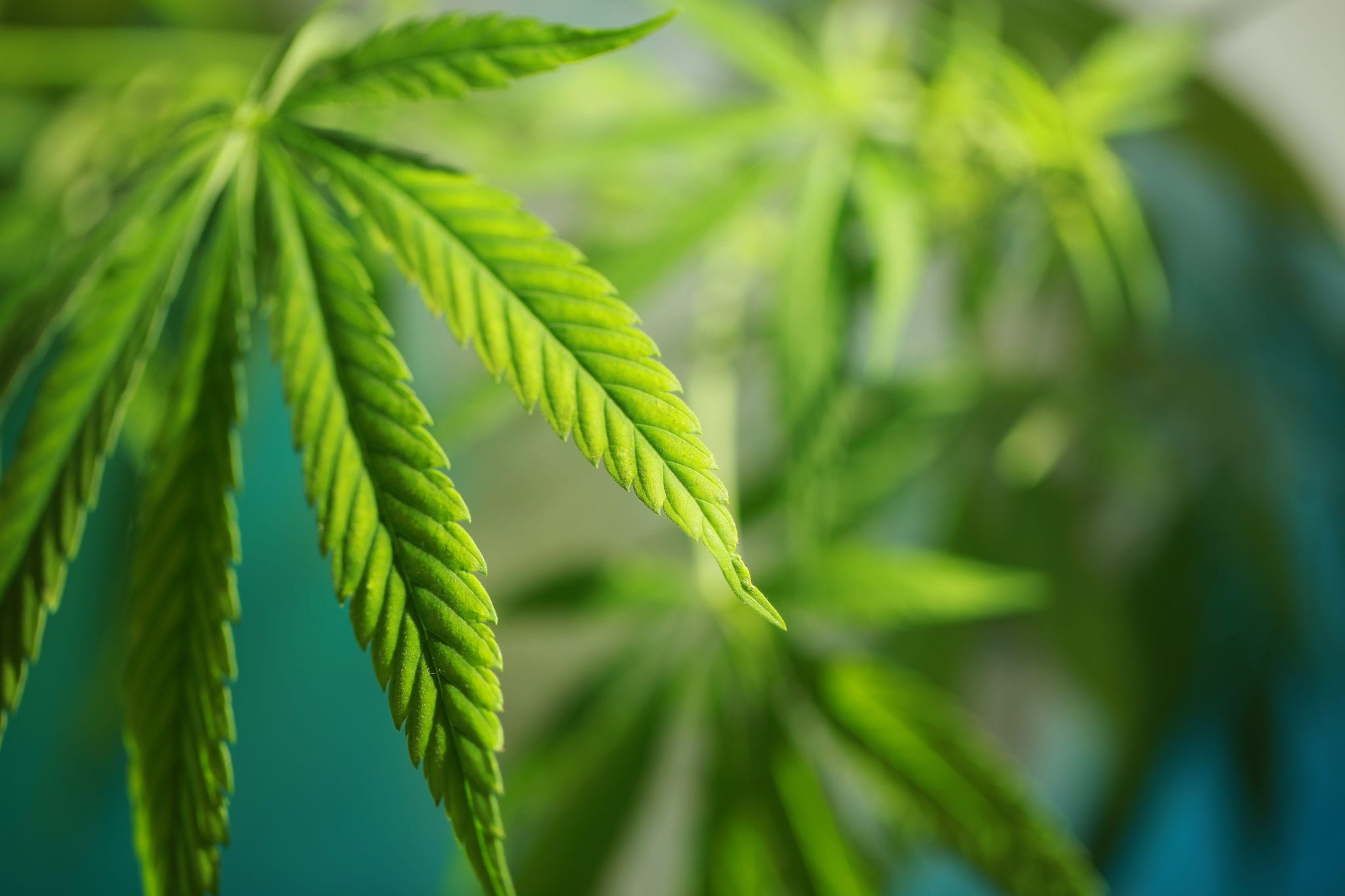 The global cannabis market is expected to reach US$40.6 billion in legal sales by 2024, according to Arcview Market Research and BDS Analytics. Cannabis on the background of the globe

The global cannabis market is expected to reach US$40.6 billion in legal sales by 2024, fuelled by more jurisdictions around the world legalizing the drug, according to a new industry report.

The annual “State of the Legal Cannabis Markets” report, written by industry insiders Arcview Market Research and BDS Analytics, was released Thursday and forecast the legal industry will nearly triple by 2024 from the US$14.9 billion they project will be spent this year.

“North America will almost certainly continue producing the lion’s share of legal spending, particularly as more U.S. markets transition from medical-only access for a limited pool to full legalization with sales open to all legal adults,” wrote Tom Adams, managing director of industry intelligence at BDS Analytics, and co-author of the report.

The North American market is expected to make up nearly 90 per cent of all spending, but other markets in Europe and Asia are also poised to open up with cannabis prohibition ending and medical marijuana becoming legalized.

“Countries are realizing that people are using cannabis anyways. They can either tax it and regulate it or they can do nothing,” Adams told Bloomberg. “That realization is set to spread globally and won’t take that long to see cannabis prohibition unravel.”

As the market broadens, growth will accelerate, and spending outside of North America will substantially increase—growing from US$517 million in 2018 to US$5.4 billion in 2024, according to the report.

New Zealand, Thailand, South Africa and the U.K. are some of the countries leading the charge in opening up access to medical or adult-use cannabis.

The U.S., Canada and CBD catalysts for growing cannabis industry

And the dramatic growth in the legal cannabis industry in Canada and the U.S. is thought to be a catalyst in the shifting public perceptions around the world.

“These decisions being made at the federal level put pharmacies and general retailers in the business of selling CBD-based products in all 50 states, which substantially boosted the [cannabis market],” said Troy Dayton, CEO of the Arcview Group, in a statement. 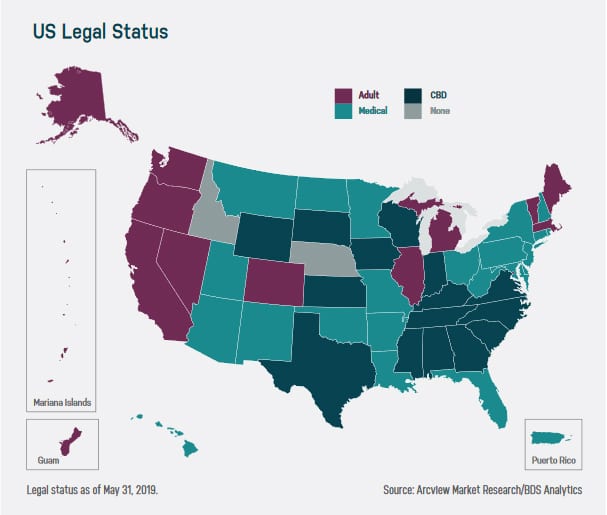 BDS Analytics and Arcview forecast cannabis and CBD products will be sold in dispensaries in all 50 states by 2024 with sales reaching US$44.8 billion. (Arcview/BDS Analytics)

For the first time, the annual report covers the entire “total cannabinoid market” (TCM) in the U.S. and the researchers expect sales of CBD products will hit US$20 billion by 2024, which will boost the TCM to US$44.8 billion in the U.S. by 2024.

The bulk of cannabis sales will come from dispensaries, followed by retail stores, then pharmacies, and sales will be further boosted with U.S. states like Arizona, Maryland, New Jersey, and New York legalizing adult use, the report suggests. And federal legalization could happen “in the 2021-2024 period after the next national elections in the U.S.”

In Canada, total legal sales will reach US$5.2 billion by 2024, which mirrors an early prediction made by BDS Analytics. Ontario is expected to rake in the bulk of Canadian sales with US$1.84 billion.

“Though less spectacular than many had expected and smaller than forecast in previous editions of this report, Canada’s launch of adult-use cannabis should be considered a success,” the report said.

But the report added the rollout of the edibles and derivatives market later this year will slow the Canadian market in the short term because of the government’s strict regulations on marketing and branding.