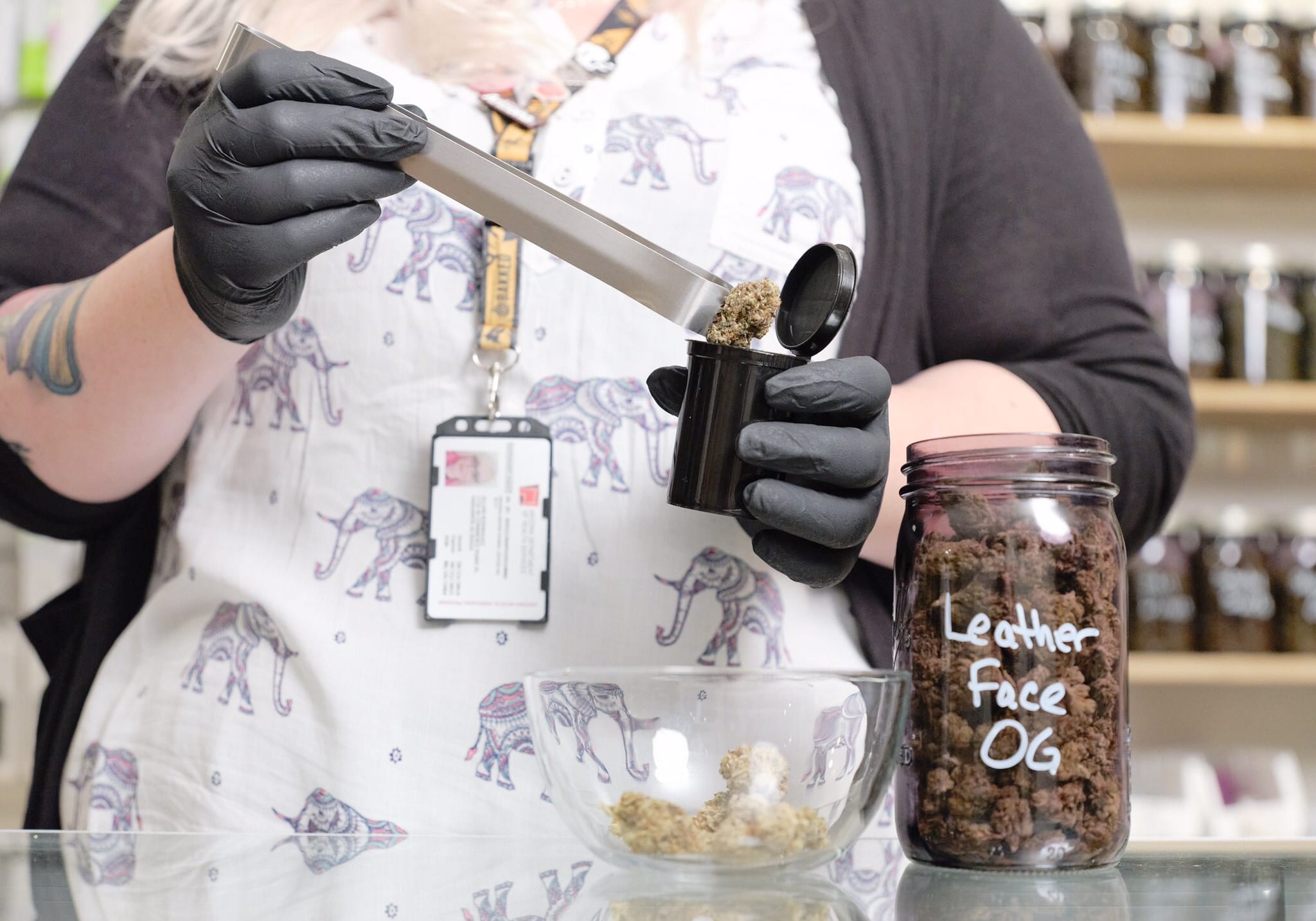 Arizona dispensaries have been rushing to apply to start selling recreational weed as the state’s regulator began issuing licences on Friday.

Early approvals could quickly pave the way for an additional US$1 billion in annual cannabis sales with much-needed novel tax revenues, amid ongoing economic damage caused by the pandemic.

“We’ve communicated to the industry that we have the systems and processes necessary to approve properly completed applications expeditiously,” ADHS spokesman Steve Elliott said in an email. 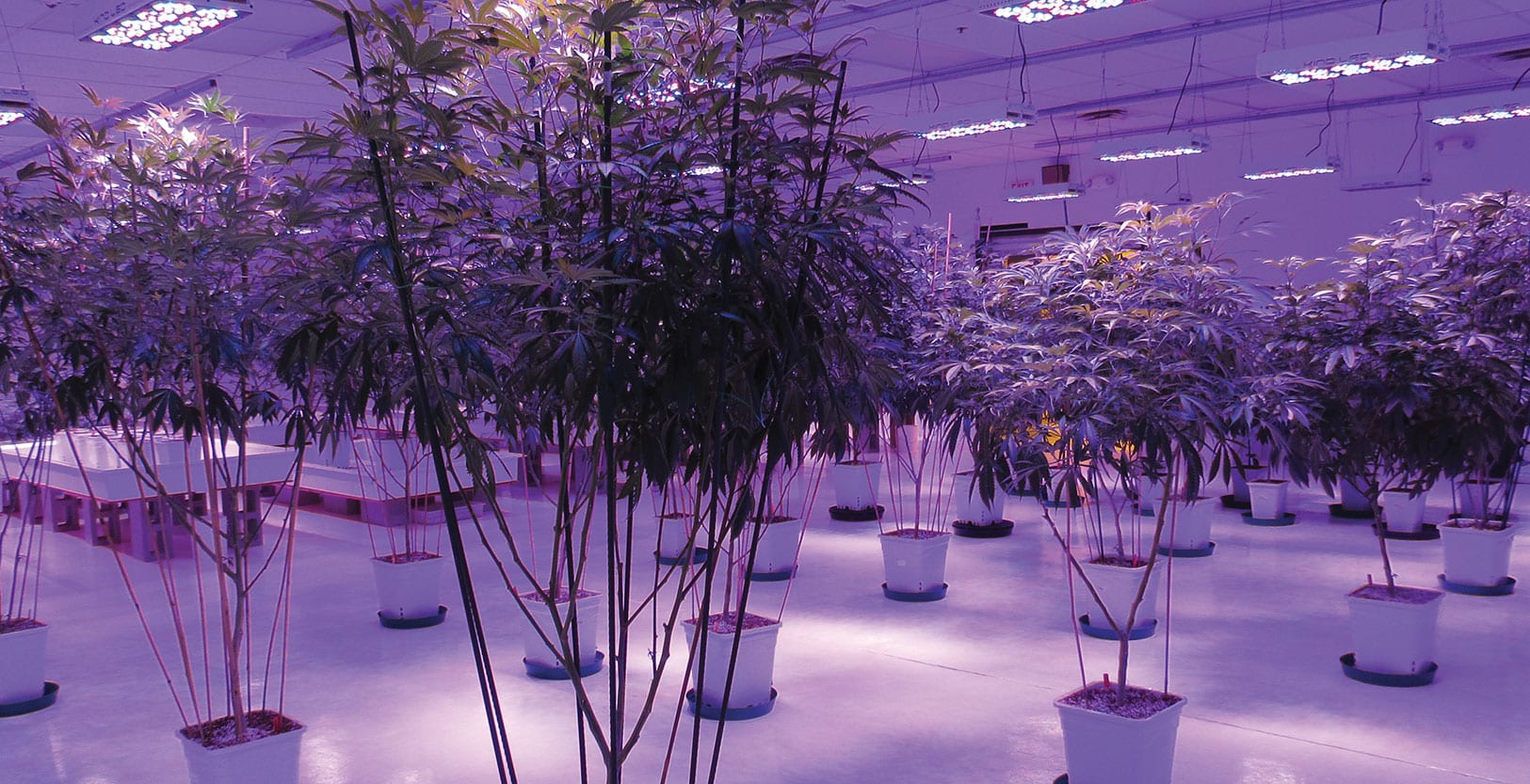 Hana Meds, one of Arizona’s first operators when medical cannabis sales started in 2010, says the state’s accelerated approach is a welcoming sign for the industry. Shop owners were originally expecting the adult-use market to come online by April.

“For us who have already had an operating dispensary and are in good standing, the state’s showing us they’re trying not to get in the way. So, that’s really exciting,” says Delano Phillips, general counsel and head of business development at Hana Meds. 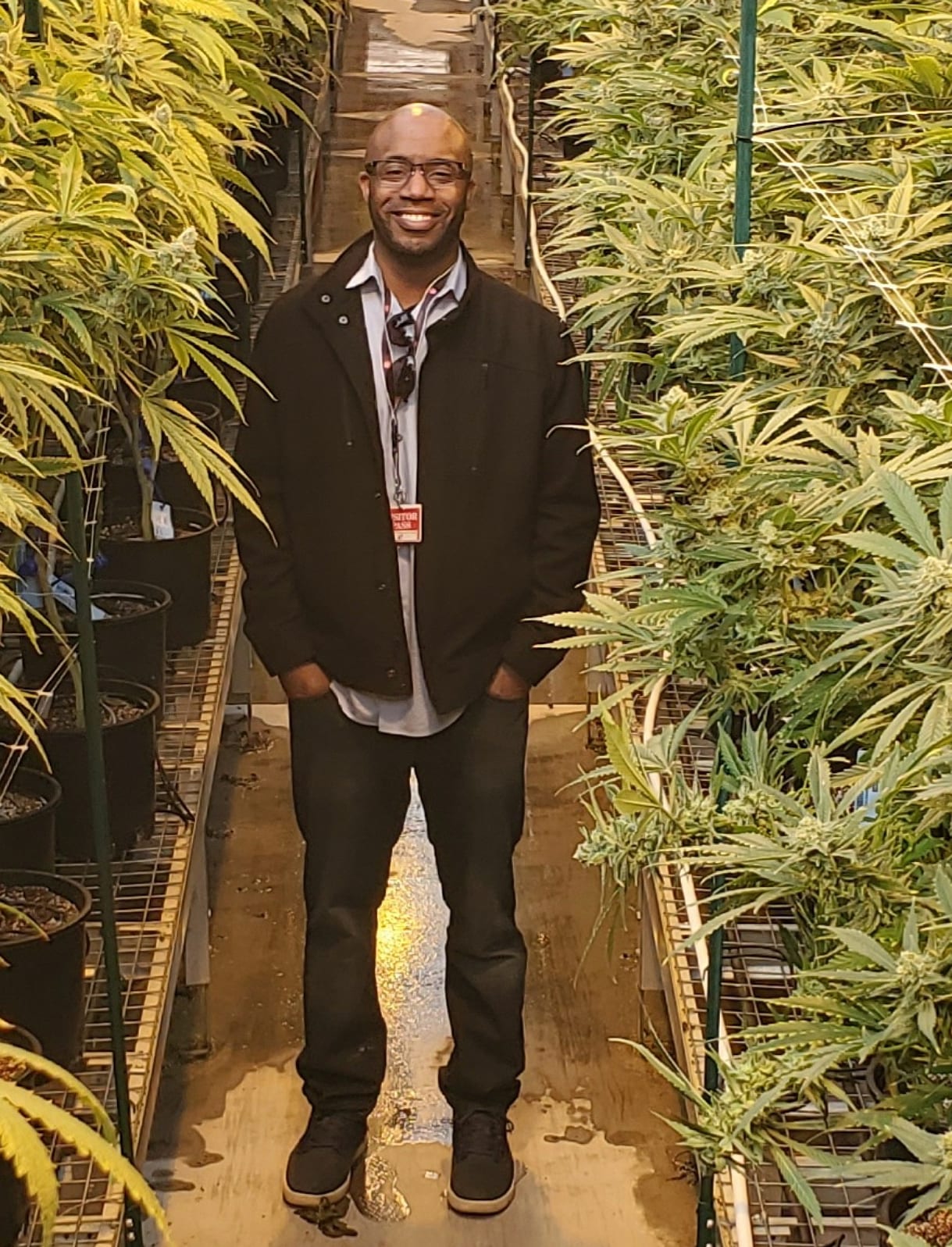 But there’s been a few bumps along the road for the Phoenix-based company, which expects to apply for two adult-use licences by next week.

The biggest hurdle is getting workers approved by the state to work in a recreational facility.

Phillips, who is also head of compliance, says Hana Meds has been working frantically overnight to get fingerprints of all staff and management at the firm’s two stores.

The ADHS requires the fingerprints along with $300 per staff to convert old dispensary-agent cards into new facility-agent cards. Medical shops have to pay an additional US$25,000 fee per licence by credit card.

It’s a small price to pay as sales are expected to surge in the coming weeks, Phillips says.

Proposition 207 legalizes sale and possession of one ounce or less for non-medical purposes for people ages 21 and up.

Hana Meds has been preparing for adult-use legalization since 2019 by expanding its two cultivation sites in the state.

The company expects to have a third site up and running by February and grow its cultivation footprint from 20,000 to 60,000 square feet by the summer to meet increased demand. The firm is retrofitting its two existing greenhouses with new automation and irrigation technology, planning to expand to 110,000 square feet of grow space by the end of the year.

Phillips predicts there will be some shortages for dried flower products in the first weeks as there currently isn’t enough production to satisfy demand.

“Our intention and our goal is to be a large distributor within the state,” he says. “And we get requests all the time for our premium dried flower, so we’ll have to grow more of it. That’s just the bottom line.” 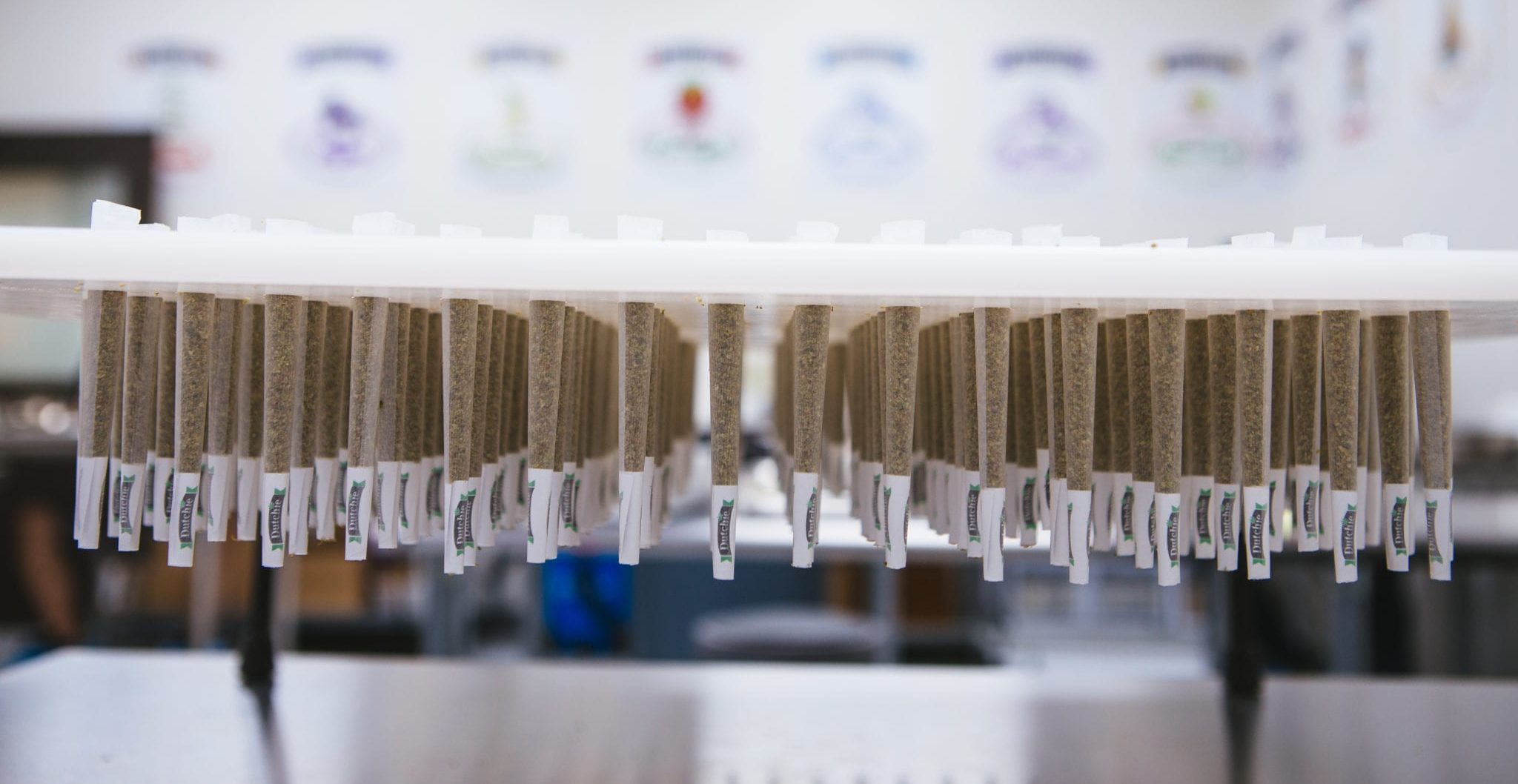 Hana Meds sells one of the most popular premium pre-roll products in Arizona. Submitted

Since 2020, Arizona has increased its testing requirements for contaminants in legal product.

Because there’s only six testing labs in the state, there are already bottlenecks in getting product out, and delays could worsen as sales increase, Phillips explains.

The company’s premium Dutchie brand is a top seller in the pre-roll category and it recently re-branded its edible line.

Hana Meds will have to compete with the likes of Harvest Health & Recreation (CSE: HARV), the largest publicly-traded operator in Arizona. The Tempe-based company currently has 15 stores, as well as 175,000 square feet of cultivation space.

With an estimated 1.2 million cannabis consumers in the state, New Frontier Data estimates annual revenues for adult-use cannabis will top US$1 billion in 2025.

Data firm BDSA estimated in December that medical sales in Arizona were on pace to reach US$1 billion in 2020.

As in other mature legal markets like in Colorado, Phillips suspects recreational sales will cannibalize a large portion of medical revenues.

But patients will have the incentive to keep their medical card because it allows them to avoid paying the new 16 per cent excise tax that will be slapped on top of local and state sales taxes for recreational weed.

It costs between US$250–300 every two years to review a medical cannabis card with the ADHS and an approved physician. 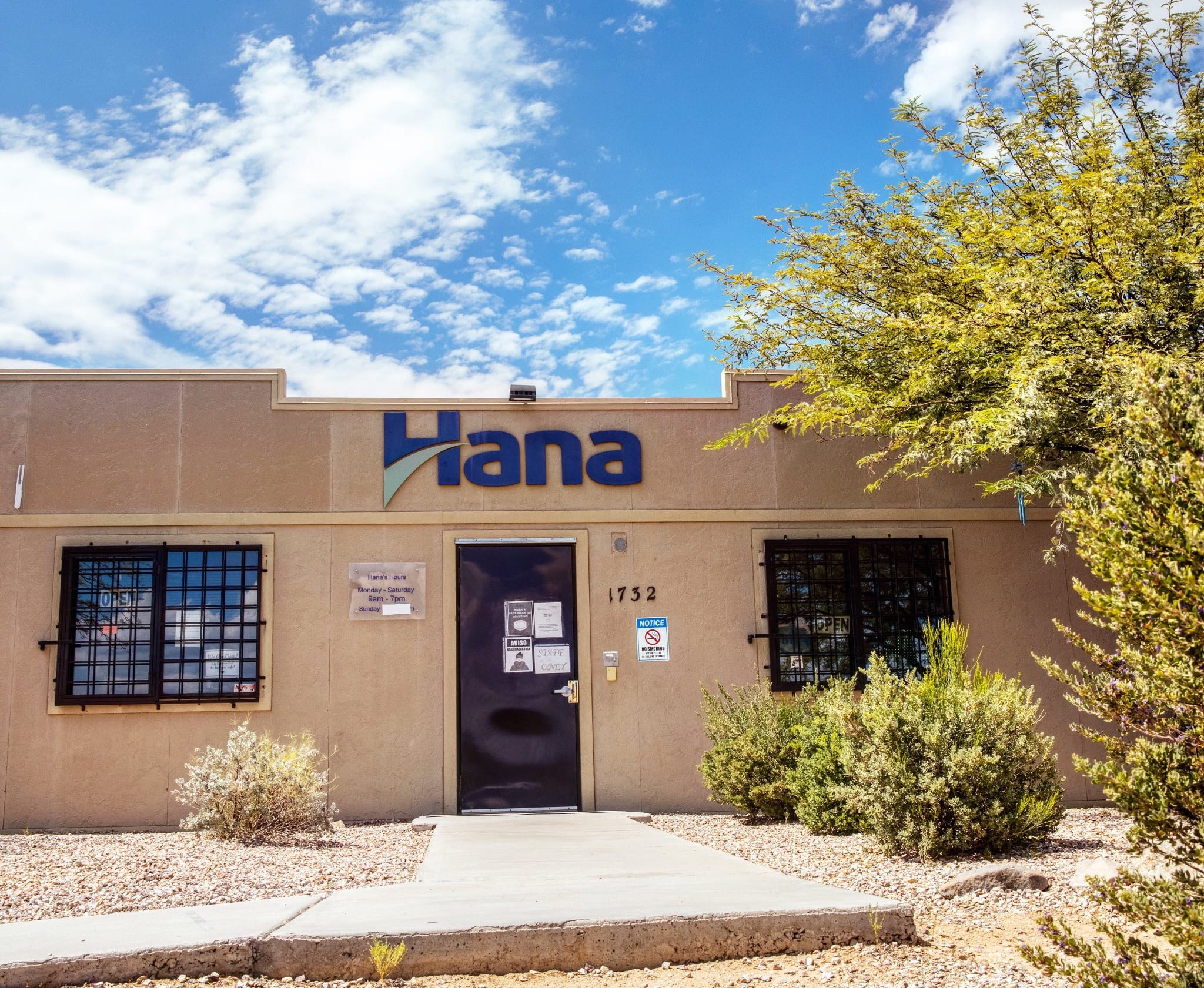 Cannabis tourism opportunities will likely be muted for now due to the pandemic, as well as other nearby options for travellers like California and Colorado with established markets. But curious adults could pop over from New Mexico to by legal weed as that state only permits medical use.

Hana Meds operates one dispensary in Kingman, which is close to the Nevada boarder. Another location is in Green Valley, close to the Mexican boarder in the south.

The company is in the process of either acquiring or getting a license to move a dispensary or to have a dispensary in the Phoenix Valley area, which has 4 million of Arizona’s population of 7.3 million.

Hana Meds is one of the rare U.S. cannabis companies that’s receiving some banking services but the company’s two dispensaries still have to deal exclusively in cash.

With Democrats now in control of the White House and Congress, Phillips hopes the party will fulfill its promise to reform cannabis laws.

He expects the SAFE Banking Act will get passed first.

“We’ve been called essential in 33 states now, yet it just makes it more difficult and it makes it more dangerous to have people dealing in cash. So I think banking reforms will be the first quick federal action that happens.”