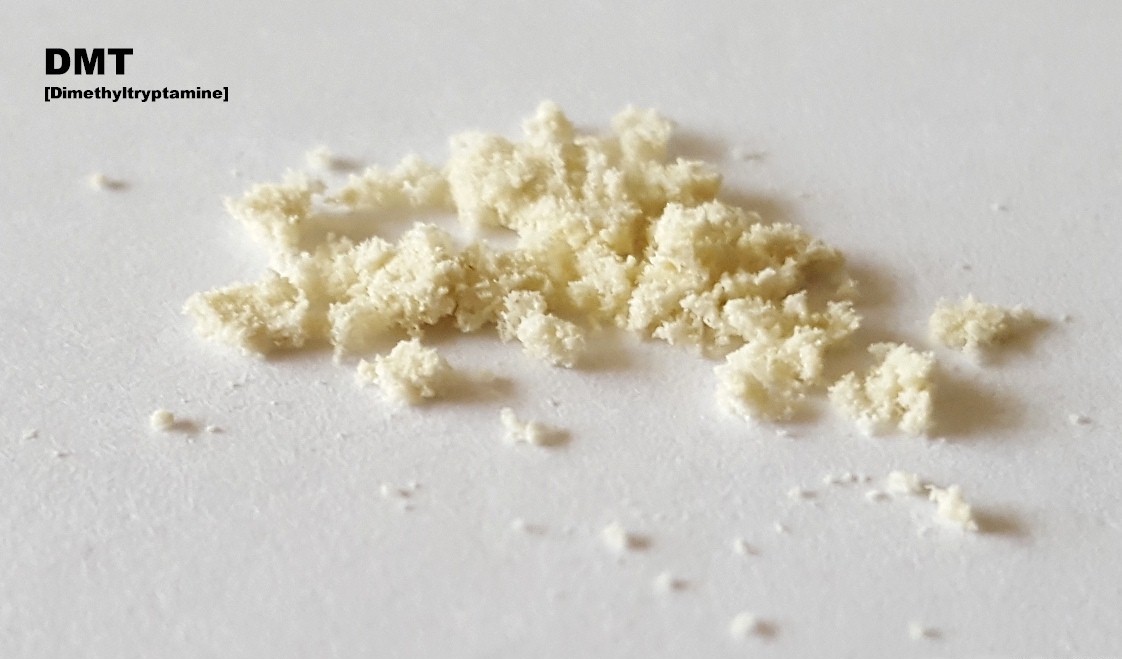 Photo by DMTrott via Wikimedia Commons

The biopharmaceutical company Cybin Inc. (NEO: CYBN) (NYSE American: CYBN) says it is looking into the medicinal potential of the psychedelic Dimethyltryptamine (DMT) and its ability to treat anxiety.

The Canadian firm announced on Tuesday that it reached an agreement with Entheon Biomedical Corp. (CSE: ENBI) (OTCQB: ENTBF) (FSE: 1XU1) to run a Phase 1 DMT study looking into the medical properties of the psychedelic compound.

Via its subsidiary Cybin IRL Limited, the company will expedite clinical development for CYB004, the therapeutic-focused organization’s deuterated DMT molecule engineered for the treatment of anxiety disorders.

DMT is a powerful psychedelic that can be smoked, ingested or even injected. Indigenous cultures in the Amazon have been utilizing DMT for thousands of years as the primary psychoactive ingredient in their powerful plant medicine – ayahuasca. Recently, the substance has had a growing interest for its therapeutic and medicinal potential.

The company takes a great deal of pride in working with internationally acclaimed scientists and a network of illustrious business partners. Cybin was founded in 2019, is headquartered in Canada, and also has operations spanning across Ireland, the United Kingdom, the Netherlands and the United States.

“In its natural form, DMT is rapidly metabolized in the body and is not orally bioavailable. Preclinical studies have demonstrated that CYB004 has the potential to overcome these issues and provide increased oral and pulmonary bioavailability, faster onset with lower doses, low inter-patient variability, and better dose titration for fewer side effects and longer-acting desensitization of the serotonergic receptors.” – Cybin

Cybin is a leading biopharmaceutical company that aims to create efficacious therapeutic products that will help alleviate a vast range of mental health issues. 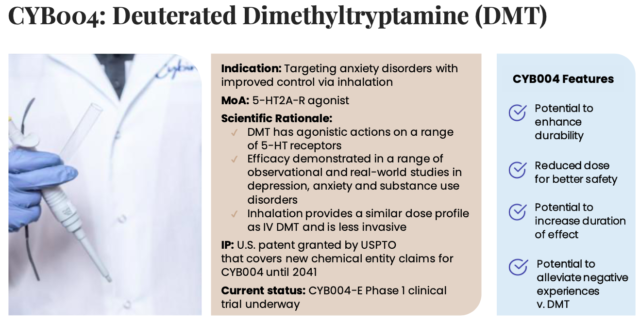 This Phase 1 “EBRX-101” study –now designated as CYB004-E– will be held at the Centre for Human Drug Research (CHDR) in the Netherlands. CHDR is a top-tier autonomous foundation that specializes in initial-stage clinical drug analyses.

The study will be conducted with 50 volunteers who suffer from tobacco addiction and will be the most substantial Phase 1 clinical DMT study orchestrated in history, according to the report from Cybin.

“The CYB004-E study is an adaptive, randomized, double-blind, placebo-controlled, single ascending dose study to evaluate the safety, pharmacokinetics (“PK”) and pharmacodynamics (“PD”) of a target-controlled intravenous infusion of DMT in healthy smokers,” according to the Cybin report.

Pending closure of the acquisition with Entheon, the CYB004-E analysis is anticipated to produce crucial dosing optimization and safety data that will adequately replace Cybin’s original planned pilot study (CYB004) that was anticipated to begin in Q3 of 2022.

Entheon has agreed that it will continue to function as a third-party consultant to Cybin and support the CYB004-E study.

CYB004 is a novel chemical entity that was successfully patented in February by the U.S. Patent and Trademark Office. The allowed claims therein contain a broad spectrum of deuterated categories of orthodox DMT and 5-MeO-DMT.

The Chief Executive Officer of Cybin, Doug Drysdale, emphasized that time is of the utmost importance with drug development. He described how acquiring the brawny Phase 1 study that is already well underway would potentially speed up the CYB004 program by about nine months.

He also stated that the pharmacokinetic (PK) discoveries from the CYB004-E study would help pave a clinical path forward for the unprecedented and proprietary DMT molecule.

“This transaction also provides Cybin with access to a world-class research foundation and the privilege to work with the Entheon team, who offer a wealth of knowledge and expertise in this psychedelic class,” added Doug Drysdale, CEO of Cybin.

The purchase price for the Phase 1 acquisition will be $1 million. A substantial chunk from that amount will constitute a deposit with the remaining balance receivable upon the conclusion of the acquisition.

Following the acquisition closure, up to an extra $480,000 will be payable to Entheon for advising services up to one year after the acquisition concludes. In accordance with the Phase 1 clinical study, Cybin will additionally agree to a data license agreement with Entheon, enabling the biomedical corporation to obtain specific data from Cybin to assist with the Entheon IQ program.

Entheon describes the purpose of its IQ division as the development of treatment algorithms through the analysis of patient data.

Cybin expects the acquisition to close within one month pending procurement of all compulsory approvals and finalization of specific conditions.

Cybin stock dropped by 4.6 per cent today and is sitting at US$0.64 on the New York Ventures Exchange.

Entheon Biomedical stock also dropped by 14.29 per cent today and is sitting at C$0.06 on the Canadian Ventures Exchange.