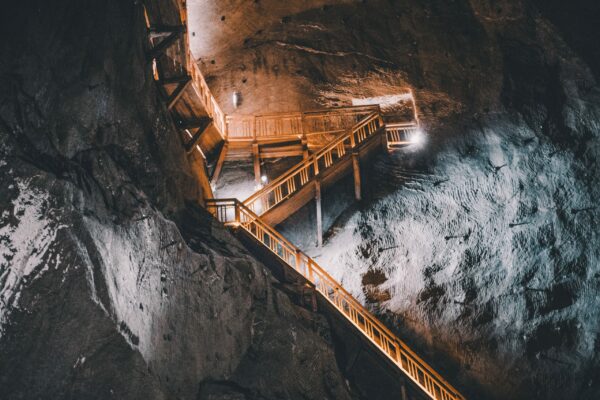 Mind the pun, but the mineral and resource extraction sector is a veritable mine of wealth. And there’s more to it than gold and diamonds, which most folks may not realize right off. Lots of our modern conveniences from electric vehicles to the wiring in your house requires minerals that come from the ground, and there are companies out there willing to put in the time, effort and money, to draw it out.

What’s interesting about cobalt is that it’s never alone. If there’s a nickel or copper mining company set up, then doing some probing around to see if there’s some cobalt extraction to be done isn’t a bad idea.

And it’s not like it’s not a lucrative metal.

Cobalt is used to make airbags in automobiles; catalysts for the petroleum and chemical industries; as well as cemented carbides, diamond tools; corrosion and wear resistant alloys, not to mention drying agents for paints, varnishes and inks. Also, dyes and pigments, ground coats for porcelain enamels and much more.

The 2022 drill program was based on results from a 7.6 kilometer pole-dipole 3D IP survey of the Ruby prospect, which defined a strong chargeability anomaly in a 10 mV/V contour open-ended on each side. Stronger chargeability zones over 30 mV/V happen on the western edge of the survey, and remain open-ended, pushing toward the Coiner Fault system. All of this coincides with the cobalt mineralization originally sampled from the surface with 3D modelling showing it increases in thickness the deeper it goes.

“It is a testament to the Electra team that our maiden drill campaign at Ruby intersected mineralization exactly where the geophysical survey predicted it would be. These are early days for this target, but the similarities to our Iron Creek cobalt and copper deposit validate our view that the underexplored Idaho Cobalt Belt remains prospective for new discoveries. Idaho could play an important role in the onshoring of the EV battery supply chain by providing a domestic supply of cobalt in America,” said Trent Mell CEO of Electra Battery Materials.

Electra Battery Metals deals specifically in low-carbon, ethically-sourced battery metals. Specifically, it is presently working in cobalt, having North America’s own cobalt sulfate refinery in operation. The company’s strategy is to focus on onshoring the EV supply chain, and the keys to this strategy involve integrating black mass recycling and nickel sulfate production at the company’s refinery, located north of Toronto, advancing Iron Creek, its cobalt-copper exploration stage project in the Idaho Cobalt Belt.

The Iron Creek Project is in the Idaho Cobalt Belt and is one of the rare primary cobalt deposits in the world. The company finished drilling its first 30,000 meters from 2017 to 2019 before pausing to focus on developing its battery materials park in Canada, which it aims to commission in phases beginning Q4, 2022.

The good news is that Iron Creek could theoretically use underground mining extraction, which would reduce the environmental impact from looking for this resource. Drilling has shown multiple mineralized spots along strike and down-dip. Thicker zones of mineralization of up to 30 metres happen in the eastern portions that could contain higher grades of cobalt. 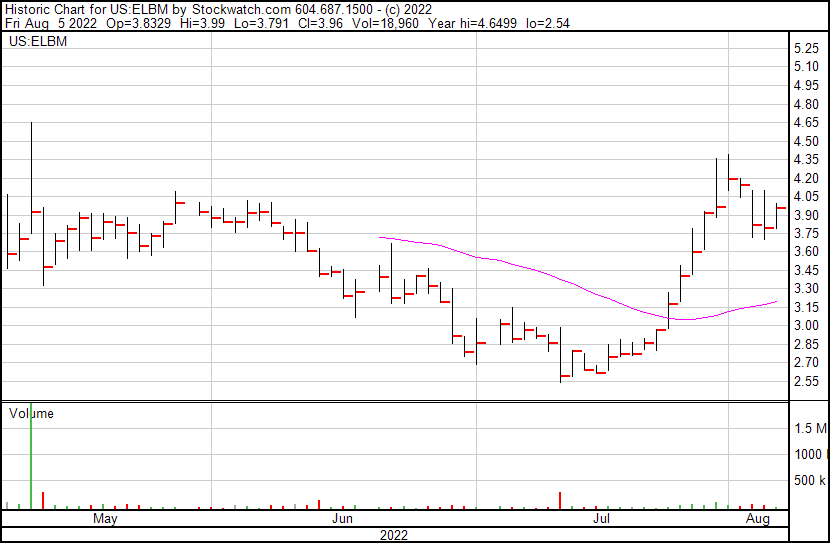 Copper is one of the most sought after resources. Most copper finds a home in electrical equipment like wiring and motors because it conducts both heat and electricity exceptionally well. It is also used in construction, such as roofing and plumbing, and industrial machinery like heat exchangers.

Those are the four major uses for copper. There are plenty of smaller, more specific uses for copper, each of which contribute to copper being a curious and relatively lucrative commodity to be involved with either as an investor or as a producer. Copper is one of the essential materials that make our world work.

The objectives of the first phase of drilling were to test mineralized extensions at depth along strike of the known copper zone, as well as test four regional anomalies outside of the deposit that had previously been identified by prospecting activities. These exploration methods included geological mapping, trenching, as well as certain geophysics and geochemical anomalies.

Each objective was met by the seven drill holes. The Copper Stringer Zone represents a wide mineralized copper system and is deserving of further exploration. Two of the four regional drilling targets returned with values for copper, silver and zinc.

“We are pleased with the results of this initial phase of drilling at Chester. Every drill hole encountered sulphide mineralization and five holes out of seven intersected the polymetallic mineralization. Canadian Copper continues to expand the historical resource, and the high-grade copper zone at depth warrants additional exploration.” Simon Quick, CEO of Canadian Copper.

Canadian Copper is a Canadian-based mineral exploration company with a copper and zinc portfolio of historical resources and grassroots projects. The Company is focused on the prolific Bathurst Mining Camp (BMC) of New Brunswick, Canada. 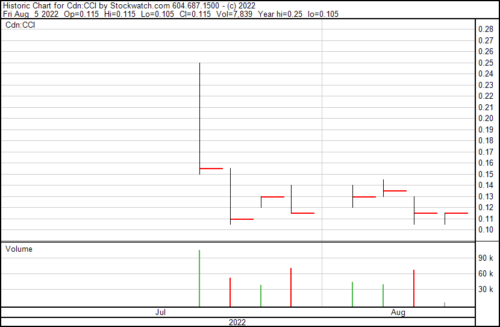 The next string of potential commodities are helium, hydrogen and potentially argon. Hydrogen has a number of different uses including ammonium found in fertilizer. It’s used in food preparation, and also to make methyl alcohol, which is common in paints, varnishes, inks, cements and paint strippers. Meanwhile helium is used for medicine, scientific research, arc welding, refrigeration, gas for aircraft, coolant for nuclear reactors, cryogenic research and detecting gas leaks.

Argon is used in some types of arc welding such as gas metal arc welding and gas tungsten arc welding, as well as in the processing of titanium and other reactive elements.

Needless to say, there’s a considerable demand and that’s what Desert Mountain Energy (TSXV:DME) (OTC:DMEHF) is involved in.

Mass spectrometer readings during drilling at the Gunnar Dome prospect in Arizona discovered multiple zones which had either helium, hydrogen or argon. The company is right now in the process of setting the production casing on the well to meet with all state regulatory requirements in order to isolate and protect all water zones. Desert Mountain expects to have a completed rig for the well available by the end of August.

“Our geologic and drilling teams continue to successfully drill our targets, cement and set production casing,” said Robert Rohlfing, CEO of Desert Mountain Energy Corp. “We look froward to bringing in the completion rig, sample and release the results of this well.”

Desert Mountain Energy is a resource company focused on exploration, development and production of helium, hydrogen and noble gases. At present, its looking for elements necessary for the renewable energy and high tech industries.

The company’s mass spectrometer readings and results visible at the surface are encouraging, but the company is going to wait for final definitive testing for specific formation results. The geologic data from the well confirms the hypothesis on the possible mechanisms of both helium and hydrogen within this setting. The information will now be applied by the team to other settings. The find is significant because it expands upon the theoretical understanding of helium and hydrogen generation.

The company is also intending on getting the ball rolling with its hydrogen processing partner to explore and determine where and how both can find uses for this discovery in other long-term ESG developmental plays. The company intends on monetizing these hydrogen assets, while developing its long term opportunities. 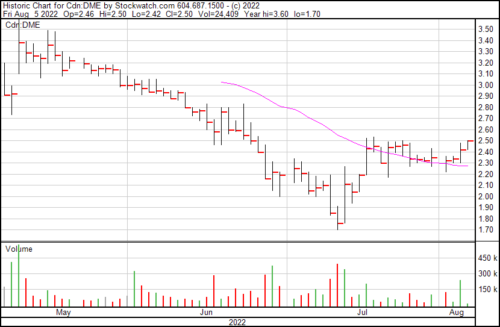 Silver is maybe the most obvious of all the metals on this list. It’s one of those precious metals with a value-profile that extends into the realm of semiotics with gold and diamonds—as in we’ve made them mean something in our culture and they largely draw the majority of their value from an intrinsic meaning that the market has placed on them. We put the pretty metal in jewellery and give it to our loved ones, for example. Nobody is doing that with bauxite.

But unlike diamonds (and to a lesser extent, gold) silver actually have industrial uses. These include solar technology, electronics, soldering and brazing, engine bearings, medicine, cars, water purification, and of course your grandmother’s prized tableware.

Kootenay Silver (TSXV:KTN) provided an update on its drilling campaign at the Columba high-grade silver project in Chihuahua State, Mexico.

The company has enjoyed considerable progress on its 15,000 meter drilling program, with a proportion of assay results coming back outstanding. Columba is a past-producing high-grade silver underground mine and the area has plenty of mineralized veins. The company has been there since 2019 and returned high grade silver intervals.

Drilling for the 15,000-meter program focuses on several areas on the property, including:

Details for the dig from its Columba drill results include:

“We are very excited to see such a high rate of drill success in hitting vein in all holes and now await receipt of the assay results,” said James McDonald, Kootenay’s president and CEO.

Kootenay Silver is a silver explorer presently working on discovery and development of mineral projects in the Sierra Madre Region of Mexico and also in British Columbia, Canada. The company is supported by one of the largest junior portfolios of silver assets in Mexico, and Kootenay continually offers shareholders significant leverage to silver prices. At present, the company is focused on expanding its present silver resources through new discoveries and near-term economic development of silver projects found in mining districts in Sonora and Chihuahua respectively.

Assays will be released once final assays are received and compiled. Turn around has been longer than anticipated. 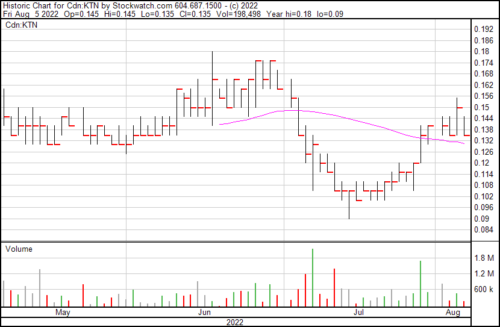 Shares dropped by a penny and a half today and closed at $0.135.

Lithium is probably the easiest resource on this list in terms of pinpointing its uses. In this case, it’s electric vehicle batteries and really batteries of all kinds. But it also has uses in glass and ceramics industry.

More specifically, the drilling project refers to a sonic drill program conducted in May 2022 intended to get sample material for lithium extraction testing at the company’s lithium extraction facility in Amargosa Valley, Nevada, as well as to supplement the project’s resource model for the feasibility study presently underway.

“The drill program was highly successful in generating material for our pilot plant and providing distinct data to strengthen the Project’s resource model” said Bill Willoughby, Cypress president, and CEO. “These are significant steps as we continue to work to de-risk the project and provide information for the Feasibility Study.”

Cypress Development is a Canadian advanced stage lithium company, focused on its stake in the Clayton Valley Lithium Project in Nevada. The company is in the pilot stage of material testing from its claystone deposit and moving towards a feasibility study and acquisition of a permit, with the ultimate end goal of being a domestic lithium producer for the electric vehicle and battery storage markets.

The company has picked up all resource assays from its May 2022 drilling program. It was originally conducted to collect claystone with large diameter core for use in metallurgical testing at the company’s plant, and the company drilled a total of 580 meters in eight holes, with hole depths limited to intersect lithium-bearing claystone to 61 to 76 meters and get its hands on approximately 15 tonnes of material for testing. 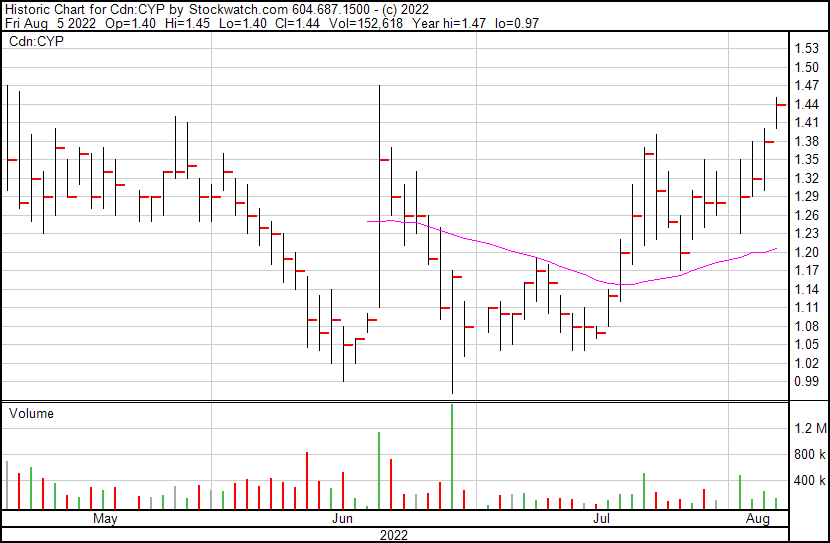 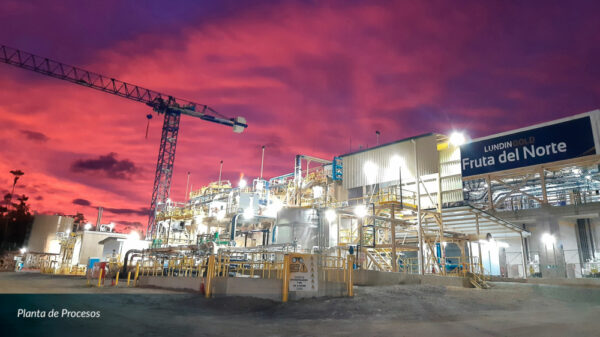 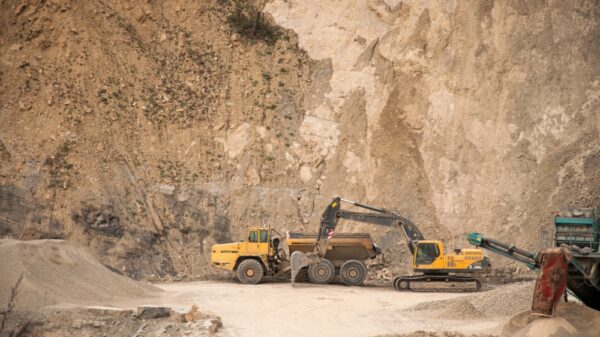 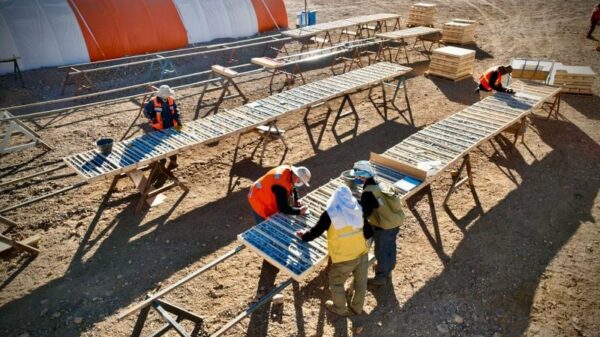 The results come from Los Azules, a large copper-gold-silver deposit located in the San Juan province 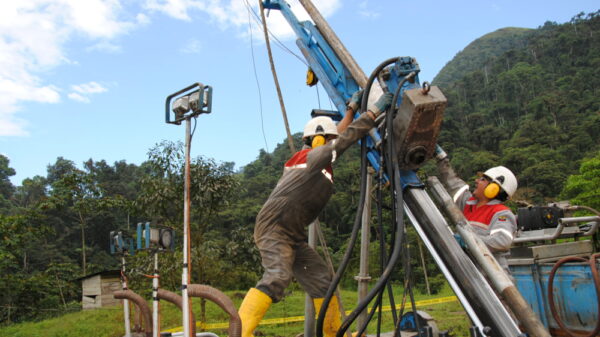