Last week, Charlotte’s Web Holdings, Inc. (CSE:CWEB)(OTCQX:CWBHF) released its year-end results, which continued to show a lot of growth. The Company’s sales reached $21.5 million for the three months ending December 31. This is an increase in Charlotte’s Web’s top line by more than 70% from the previous year. For all of 2018, The Company generated revenues of $69.5 million. And what’s even more impressive is that it was able to do this will also posting a profit. Net income for the quarter came in at $3.2 million and was an increase from the $2.4 million that was generated in the prior year. For the full year, it’s much of the same story as profits of $11.8 million were up an impressive 57% from a year ago.

To help show how impressive its results are, consider that over the past two years, Charlotte’s Web has averaged a profit margin of 17.6%. Meanwhile, cannabis giants north of the border like Canopy Growth Corp (TSX:WEED)(NYSE:CGC) are nowhere near profitable from their operations. It’s a welcome change of pace that helps prove that profitability is not impossible in the industry, even during these early stages.

Charlotte’s Web saw big increases in its products and says that a big reason for that is simply due to more awareness, particularly when it comes to CBD.

In general, broader consumer awareness of the benefits of cannabinoids, namely cannabidiol (CBD) from hemp extract, is driving increased uptake in all product categories in our retail channels and e-commerce platform

It also helps that The Company’s products are found throughout the country. More than 4,000 retail locations carry Charlotte’s Web products, even national retail chains. And now that hemp has been legalized and CBD is more mainstream, we could see even more growth. The Company is planning many new products for 2019, including animal nutrition and wellness topicals. It’s also investing a lot to build capacity and stock the inventory it needs to grow. And the good news is that it isn’t burning through a lot of cash in order to do so.

Although The Company did use up cash from its operations during the year, at under $900,000, it’s not a big problem. With more than $70 million on its books thanks to its IPO, Charlotte’s Web is doing a good job of ensuring that cash isn’t a problem. And if not for a lot of spend on inventory, its operating cash flows would have easily been positive.

Overall, there aren’t any red flags on The Company’s cash flow statement, which is a very good sign. Many cannabis companies struggle and bleed money, but that’s not the case with Charlotte’s Web. However, with The Company likely ramping up production with so many retailers on board, that could certainly change. Investors will want to keep a close eye to see that these positive trends continue.

Charlotte’s Web is doing a lot of things right and that’s been translating into a lot of success for The Company thus far. 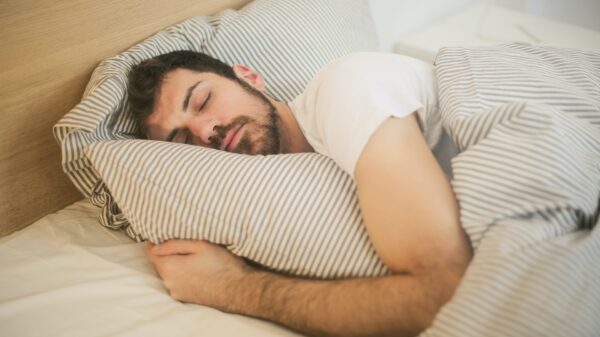 Are rare cannabinoids CBG and CBN the next sleep aids?