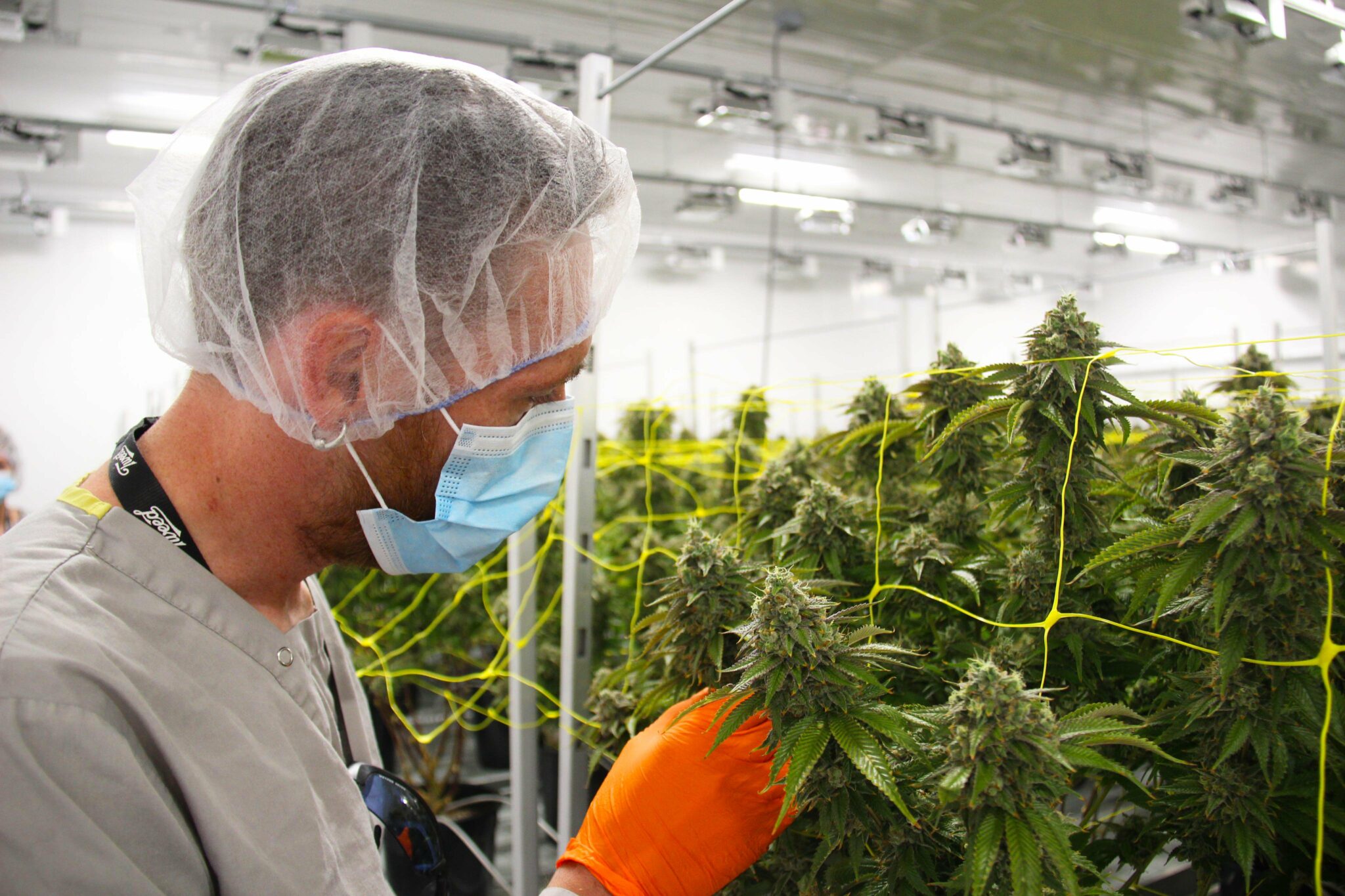 On Friday, the company announced its financial results for the fourth quarter and fiscal year ended March 31.

Cannabis revenue of $66 million during the quarter represented a decline of 35 per cent, while other consumer products including vapes, sports drinks and protein powders accounted for $46 million in revenue, a 3 per cent decline year-over-year.

Read more: Canopy reduces workforce by 8% to save up to $150 million

The company’s reported gross margin in Q4 FY2022 was minus 142 per cent, compared to 7 per cent during the same period a year earlier.

The company’s adjusted EBITDA resulted in a loss of $122 million — 30 per cent higher compared to $94 million during the same period a year earlier — due to decreased sales and a decline in gross margins.

Canopy’s cash and short-term investments totalled $1.4 billion as of March 31, a decrease of $0.9 billion from $2.3 billion a year earlier. 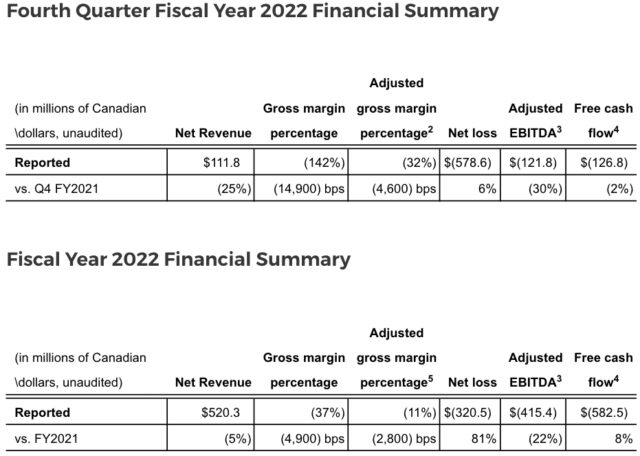 Canopy reported net revenue of $520 million for the 2022 fiscal year, a 5 per cent decrease from the previous year.

Cannabis accounted for $337 million in revenue in FY2022, an 11 per cent decline, while other consumer products increased 9 per cent year-over-year to $183 million.

The company’s reported gross margin during the 2022 fiscal year was minus 37 per cent, compared to 12 per cent during the previous year, while adjusted EBITDA totalled a loss of $415 million, 22 per cent higher than FY2021.

The company said that it expects to generate COGS savings of up to $50 million, and selling, general and administrative expense reductions of up to $100 million within 12 to 18 months.

In April, the company laid off 245 people, reducing its workforce by approximately 8 per cent to cut down operating costs and increase profitability.

“Achieving profitability is critical and we have undertaken additional initiatives to streamline and drive efficiencies for our global cannabis business,” Canopy CFO Judy Hong said. “In FY2023, we are focused on executing our path to profitability in Canada, while we continue to invest in high potential opportunities.”

Company stock was up more than 5 per cent Tuesday to $6.37 on the Toronto Stock Exchange.