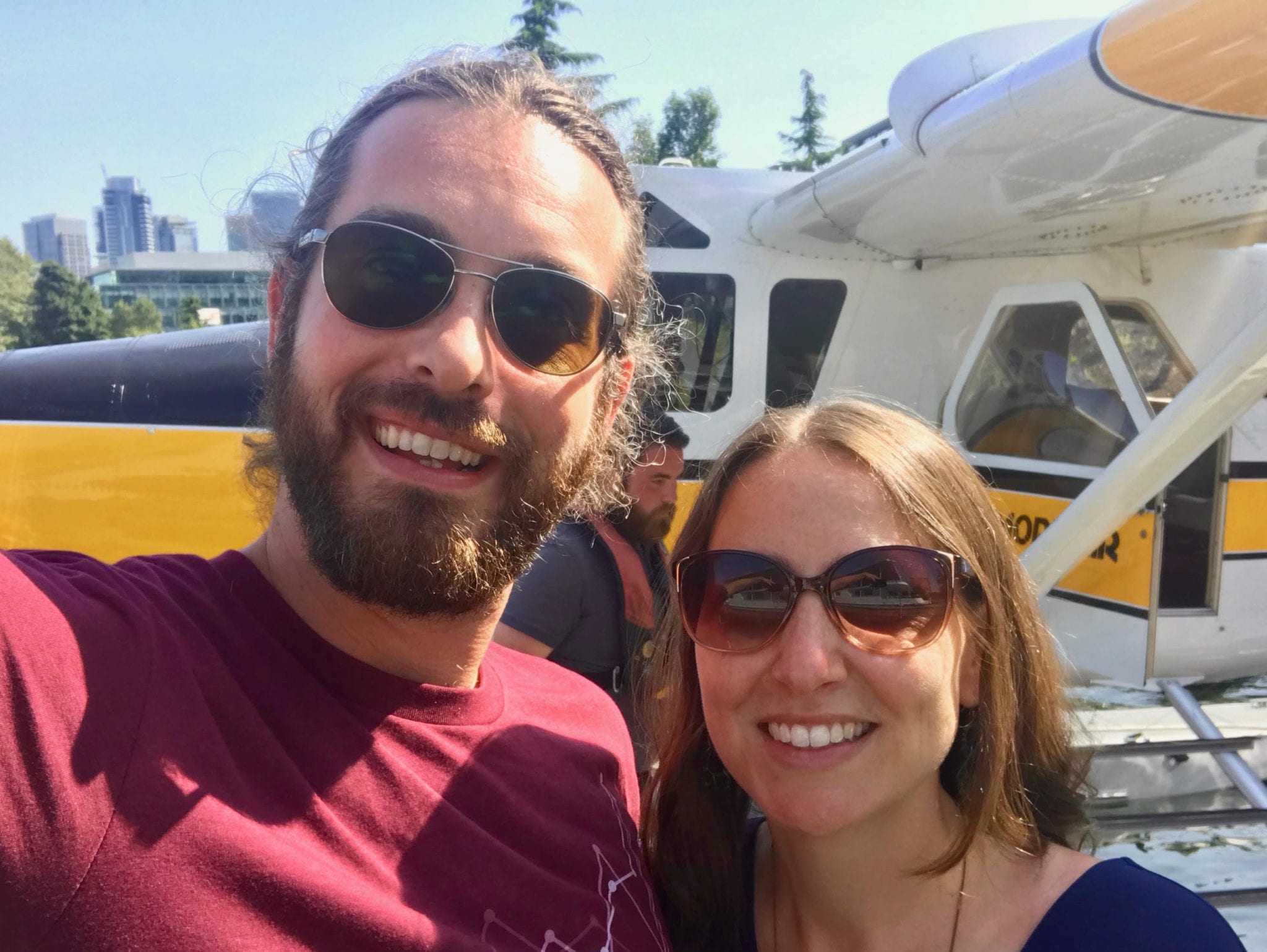 Eric Jacobsen and Gina Conte are the scientists behind Cannametrics, an app crowdsourcing cannabis reviews to find your perfect high. Submitted photo.

As a social scientist working on Vancouver’s Downtown Eastside, Jacobsen worked with drug users who said smoking weed made them want to get more sleep, eat, and see their friends — all while using other drugs less.

Jacobsen says it’s because he understands the benefits cannabis offers recreational, therapeutic and medical users, that review platforms like Leafly and Lift & Co. “scare the shit” out of him.

They’re a cool concept, but the platforms don’t account for how strain names are rarely what they say they are and how everyone can react differently to the same product, he said.

“What we see right now is there are a lot of people out there who are claiming to have cannabis recommendations or prediction engines that aren’t based on real evidence or actual science,” Jacobsen said.

“If someone follows a professional seeming recommendation and has a terrible reaction — or something bad happens — that’s going to hurt this whole [legalization] experiment. And it’s too important to allow that to happen because the potential for benefits here is astronomical.” 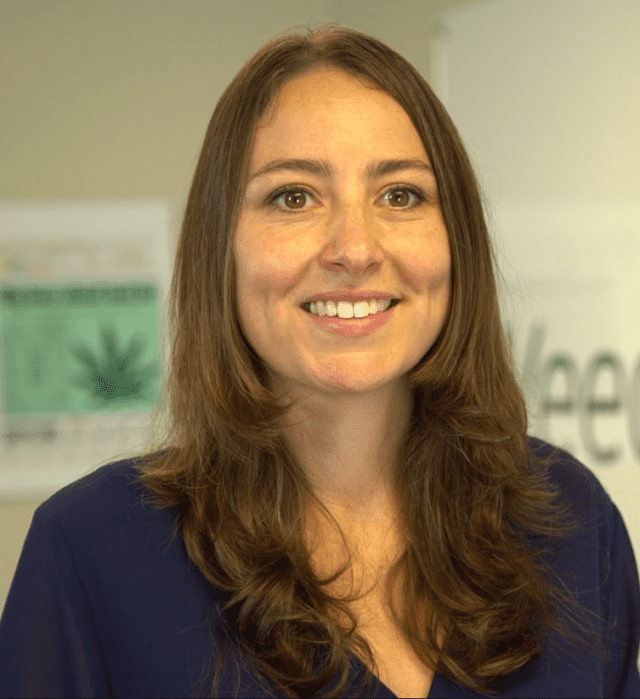 If you think calculating how hundreds of cannabis chemicals, in roughly 1,000 different products will individually effect million of Canadians is hard — you clearly haven’t tried mapping a genome, Cannametrics CEO Eric Jacobsen said. His partner and Cannametrics chief science officer, Gina Conte, has overseen the sequencing of the cannabis genome. Submitted photo

So four years ago Jacobsen and his partner, data scientist and geneticist Gina Conte, decided to create an app that would scientifically track how people react to weed.

The app is called Cannametrics and it’s launching at the end of March. It crowdsources cannabis user reviews for legal products and weighs the reviews against the chemical profile of each product.

Every licensed producer in Canada is required to lab test their products to check for terpene and cannabinoid presence and potency. The app takes that data and checks how hundreds, or hopefully one day millions, of users say they react to that product, Jacobsen said.

Cannametrics tells you how you’ll react before trying a product

Imagine if the terpene limonene made 60 per cent of users feel energized and social, but 20 per cent feel extremely anxious — before sparking a citrusy-smelling joint, wouldn’t you want to know what category you likely fell into? 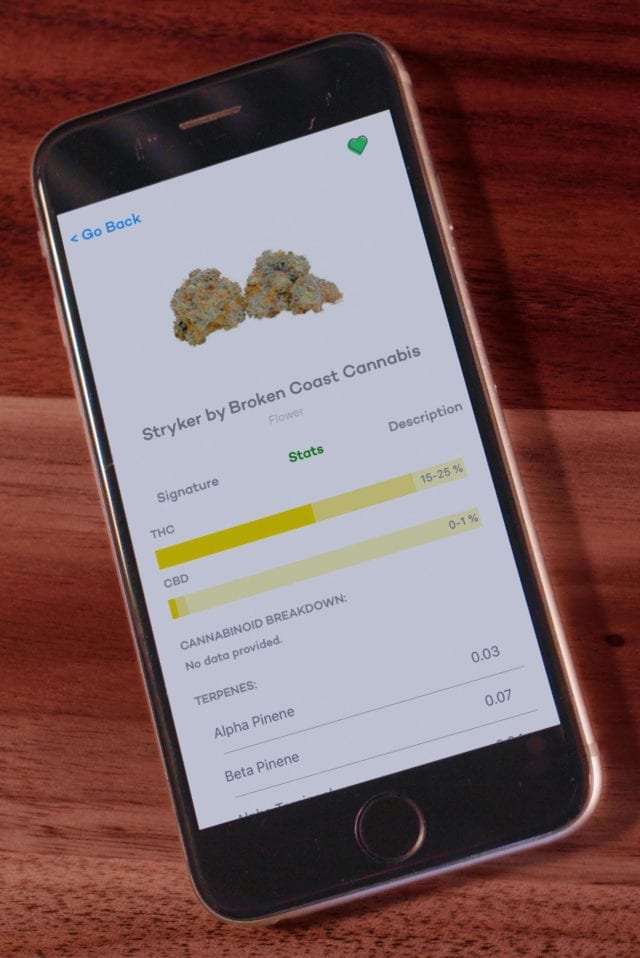 The Cannametrics app has the chemical profiles of all  legal products built into it. Even if users don’t want to log reviews they can still access the complete Canadian product catalogue, CEO Eric Jacobsen said. Submitted photo

The app will always be free for users, and isn’t just trying to mine user’s data to sell to advertisers, Jacobsen said.

“We don’t actually need to know who you are,” he said — just how you react to weed.

Participants sign up by creating a user name and entering an email. They can then add extra data like their age, weight, ethnicity and cannabis use experience, but the app will still work with just a username, Jacobsen said.

To log a review, users select which product they used — the app has catalogued each of the roughly 1,000 legal Canadian products — and rate how energetic, extroverted, hazy, relaxed and happy the product made them feel. They can also answer questions about what they did with the product (slept, were creative, had sex) and rate overall how they liked it.

The Cannametrics algorithm then runs the review through tens of millions of models to find the patterns in the reviews for both the individual user and the general population. For now it’s just collecting data but within a month of the public launch, if not sooner, the app will be able to predict how users would react to products they haven’t tried yet, Jacobsen said.

To encourage more than just the craft beer nerds of cannabis, each user earns points for each review they log. Points can then be used to enter draws for prizes like high-end vapes, or other worthwhile goodies, Jacobsen said. 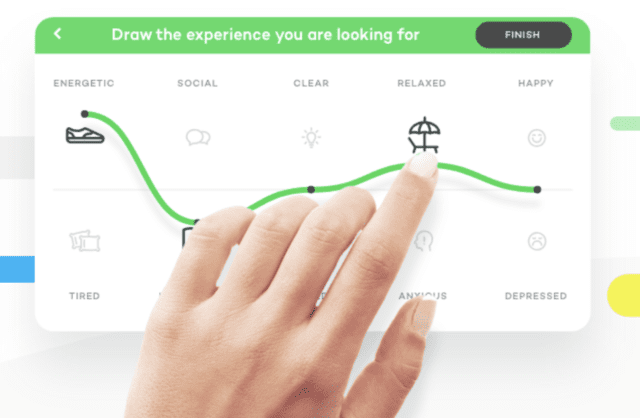 Users log reviews by rating how the weed made them feel. Submitted photo

“We are just getting started,” Jacobsen said. “We have built the data collection tool and now the really exciting part of deploying it in the wild and being able to build these responses for people — that’s what we’re doing right now. It’s the really exciting meat of the whole project.”

This data collection method is better than clinical studies because those studies are usually limited to 30 people and only test one or two chemicals found in weed, Jacobsen said. And science is still at least 20 years out from being able to map every single chemical found in cannabis, he added. 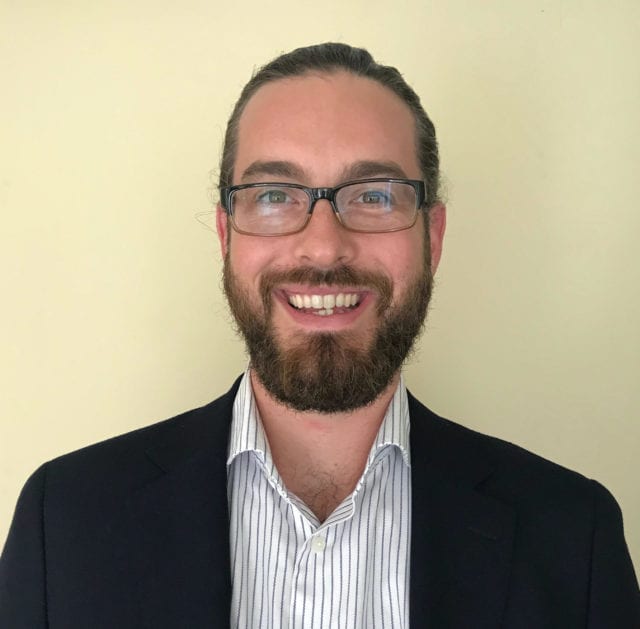 Cannametrics’s predictive algorithm will save users time and money — but first it needs enough people to sign up and log reviews. It’s a bit like a dating app, Eric Jacobsen said. It works best once you have enough people on it. Submitted photo

The app doesn’t include illicit products because any data collected would not contribute to science, Jacobsen said. Cannametrics needs the LP’s lab reports to know what chemicals people are reacting to — so user reviews for a strain, without the lab report, wouldn’t generate useable data.

So far the app has been funded by Jacobsen and Conte, the federal government and a few investors who are keen to see what data the app can generate, Jacobsen said. In the future they hope to do business with producers and retailers who want to know how people are reacting to their products.

Despite the COVID-19 pandemic, Jacobsen said Cannametrics will still go ahead with its public launch at the end of March.

“If people are stuck at home right now they need something like this more than ever,” he said.

However, the app’s retail launch at Kiaro on Kingsway Street in Vancouver, which was supposed to coincide with the public launch, is suspended for now, Jacobsen added. 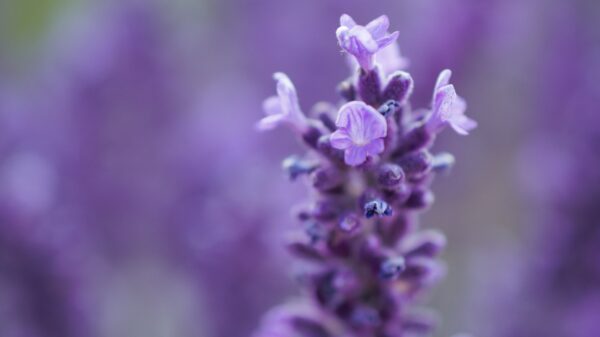 The most efficient cannabinoid was THC, followed by CBDV, CBD, CBC, CBN and CBD 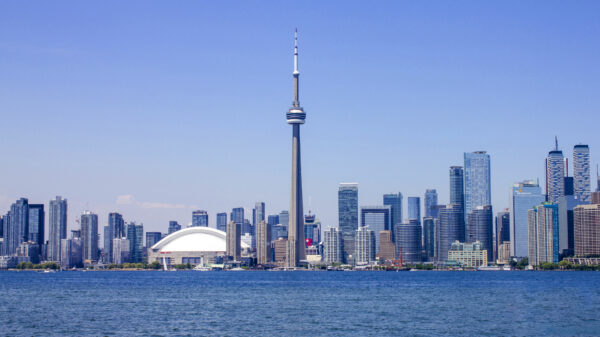 Uber Eats and Leafly partner to deliver cannabis in Toronto