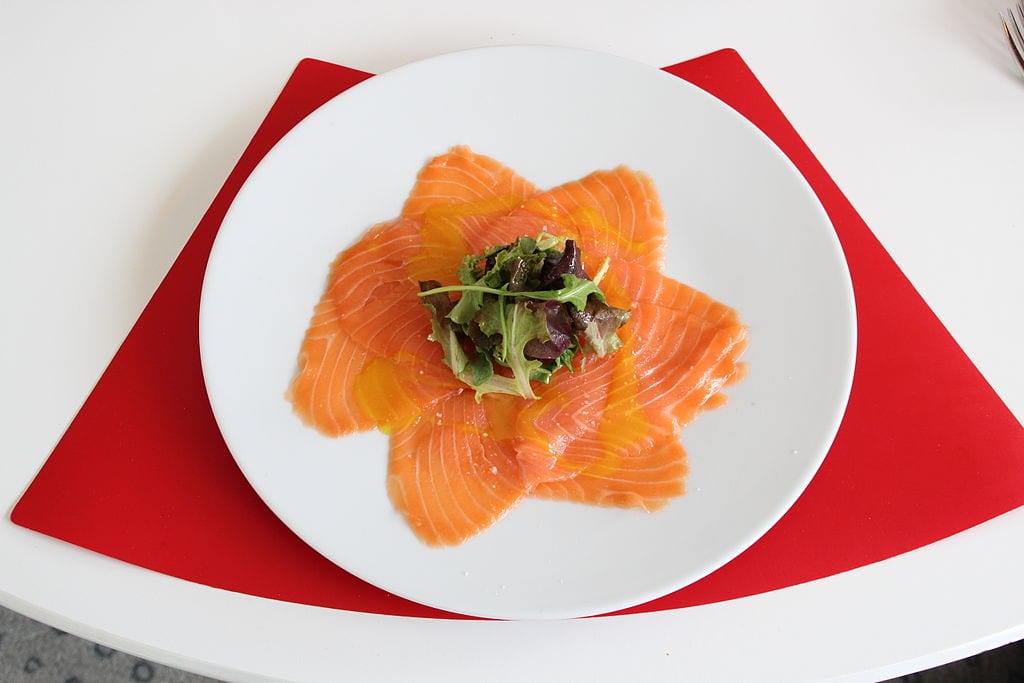 Salmon that helped grow cannabis is on sale at markets and restaurants in the Okanagan Valley.

Starting in November, the salmon has been sold at fisherman’s markets in Kelowna and Kamloops, as well as ordered from Jack Sam’s Restaurant at Quaaout Lodge. The 4/20-friendly fish sells for around $45 per kilogram at Askew’s in Salmon Arm, the company’s most recent retail customer.

Our @Habitat_LifeCA organic coho salmon, that grows our cannabis, is now available at Fisherman’s Market Kamloops/Kelowna and Askew’s Salmon Arm. My heart is swelling. Not only does my team grow bomb, organic, craft weed, but they also produce sashimi grade salmon, sustainably. pic.twitter.com/nPr4epp0WP

Habitat has led the Canadian aquaponics cannabis sector since they received the first organic aquaculture certification for both weed and coho salmon from the Canadian General Standards Board in December 2019. 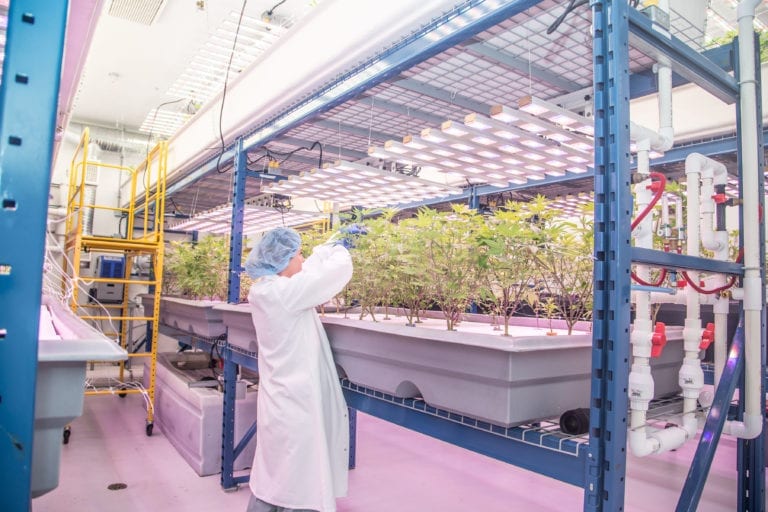 In September 2019, the company got its micro-cultivation licence for cannabis, and last year they received licensing to produce fish for commercial sale.

Habitat’s cohort of experts, including UBC aquaculture professor Justin Henry, suggested coho salmon because of its availability in being native to the area, and because of its optimal nutrient profile for growing cannabis plants.

“It is an economical, environmental and social benefit to us to use it,” CFO Kayla Mann said in a phone interview.

She says her company has received positive feedback from repeat customers at local markets where the fish is sold, and that the next move is to expand their business to a larger scale, distributing their fish for commercial sales across the province.

Her team worked really hard on the flavour and making sure the quality of the salmon is top notch — even to the point of financial detriment, Mann explains. For micro-producers, the cost benefit is small, which is why she says Habitat is looking for ways to scale the business.

Scaling the sustainability of aquaponics 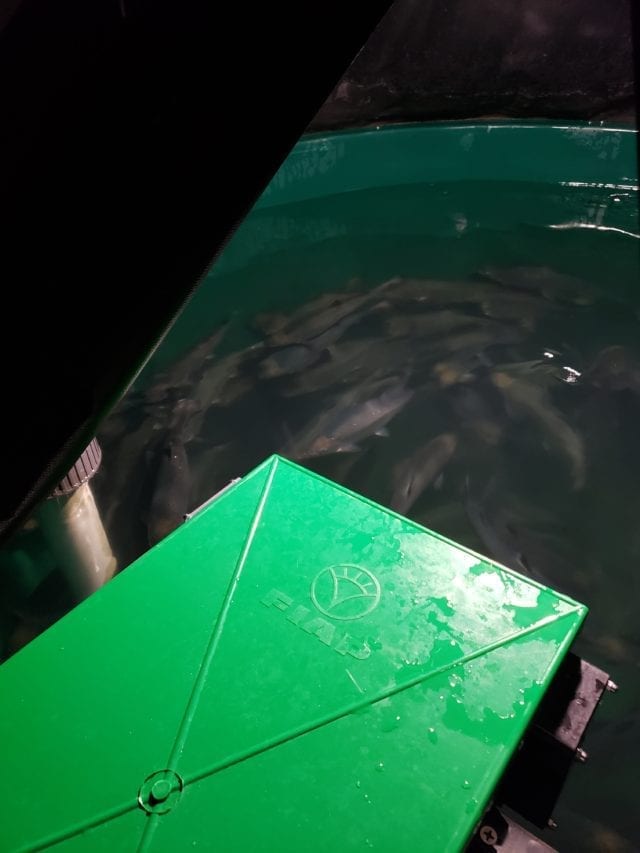 Habitat’s current pilot project features a facility with 4 metric tonnes of water that produces 4,000 kilograms of fish per year. The company is looking to expand and acquire a fish farm of at least 150 metric tonnes of capacity that will allow them to expand sales provincially.

“We are going to be building it up over time, but we hope to have a new fish farm anywhere up to 2,000 metric tonnes,” Mann says, emphasizing that her team is still focused on cannabis: “We’ve been in r&d with different lights, different troughs, different water flows and nutrient levels for the past year, so we’ve been really been honing on the craft genetics that we have in that system so that will be really exciting to take that to the next level.”

According to Mann, scaling operations will happen at a very incremental rate.

“It’s all about honing on your craft and making sure that you can do it effectively so we’re going to start with that slow-growth model,” she continues. “And then from there, start to build that out and provide not just nationally but globally.”

Aquaponics involve the symbiotic relationship of aquatic animals and plants. Fish excrement flows through a hydroponic system where it’s broken down into nutrients and absorbed by plants — in this case, cannabis. Lastly, the plant-filtered water recirculates back to the fish.

Mann says Habitat’s cost-effective system recycles 99.7 per cent of water, increasing sustainability as well as reducing costs by eliminating the need for nutrient bases or pesticides. 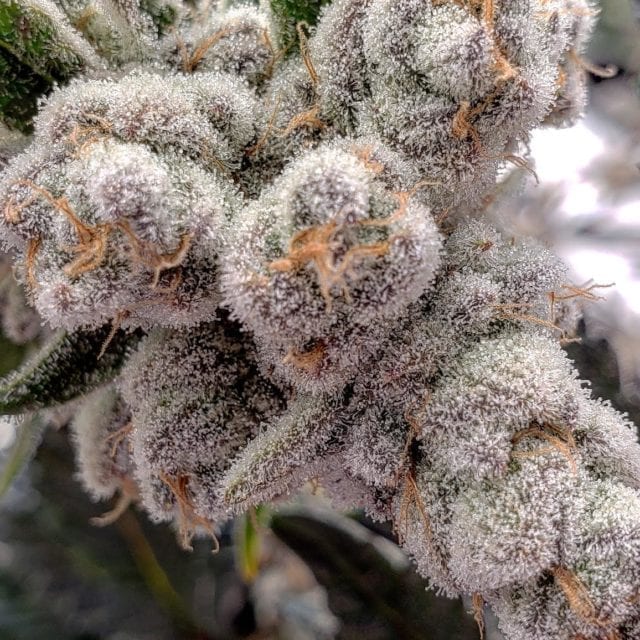 “It is a hope of ours to even produce nutrient solutions commercially at some point where we can provide people with those nutrient bases for their water and get them organic certification,” Mann says. “If there is an opportunity in the [agricultural technology] space to IPO this company and bring this technology worldwide, that is really our long term goal.”

Aqualitas is another Canadian cannabis producer that uses aquaculture and organic living soil. Instead of Coho Salmon, they use Koi fish that they don’t farm. That company says it’s method uses no synthetic fertilizers, provides shorter growing times, spends 50 per cent less energy and uses 90 per cent less water.