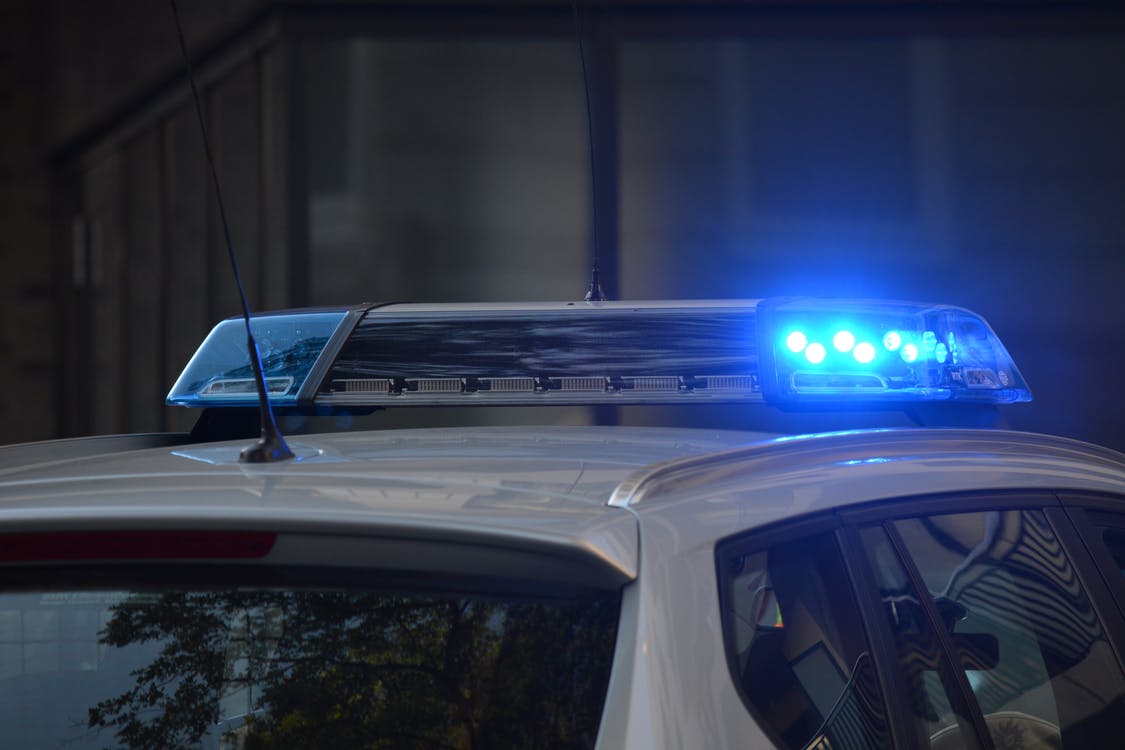 When cannabis is decriminalized, fewer people are arrested and racial disparity in arrests goes down, according to a recent study.

Because of this, the study published in Social Science & Medicine used FBI Uniform Crime Report data from 37 U.S. states from 2000–2019 to show the effect of decriminalizing cannabis. Researchers calculated pot possession arrest rates separately for Black and white people and found decriminalization reduces the racial disparity in arrests.

“These findings suggested that cannabis decriminalization had its intended consequence of reducing arrests and may have potential to reduce racial disparity in arrests at least among adults,” reads the study. 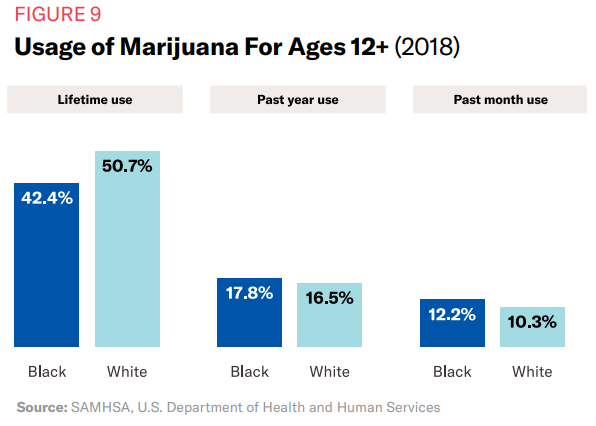 Chart via ‘A Tale of Two Countries: Racially Targeted Arrests in the Era of Marijuana Reform’

Among adults, decriminalization was linked to a roughly 17 per cent drop in racial disparity between Black and white people when it came arrests.

Arrest rates declined among youth, but there was no evidence for a change in racial disparity in that group, researchers add.

A difference-in-differences method was used to estimate the association between cannabis decriminalization and racial disparity in arrests for cannabis possession among adults and youth.

According to the American Civil Liberties Union, Black people are over three times more likely than white people to be arrested for marijuana possession. Almost 90 per cent of cannabis arrests in the U.S. are for possession only.

The ACLU notes similar trends as the study in its 2020 report, A Tale of Two Countries: Racially Targeted Arrests in the Era of Marijuana Reform.

The ACLU report uses FBI UCR data from 2010–2018, finding that arrests for marijuana possession fell slightly during that time period in states that have decriminalized but not legalized recreational cannabis. 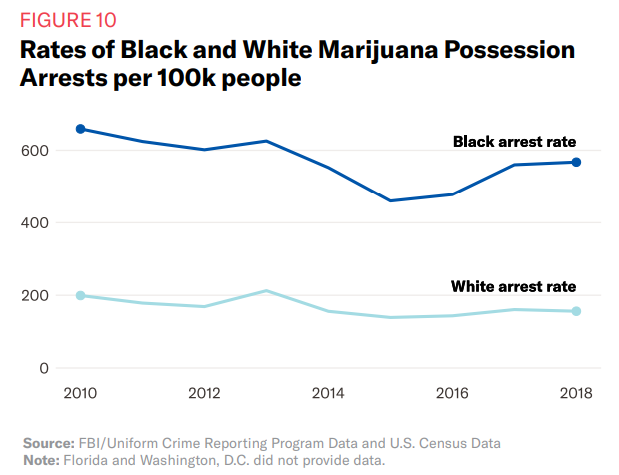 Chart via ‘A Tale of Two Countries: Racially Targeted Arrests in the Era of Marijuana Reform’

“Although the total number of people arrested for marijuana possession, and rates of arrests, have decreased in all legalized states and most decriminalized states for both Black and white people, the racial disparities in arrest rates in these states remain. Specifically, in every state that has legalized or decriminalized marijuana possession, Black people are still more likely to be arrested for possession than white people.”

The ACLU notes the FBI data is the most up-to-date and comprehensive data on arrests nationally but has limitations. The data doesn’t identify Latinx populations as a distinct racial group so potential disparities in arrest rates can’t be examined.

“Arrests of Latinx individuals coded as white in the data likely artificially inflate the number of white arrests, leading to an underestimate of the disparity,” reads the ACLU report.

Other racial groups may be affected by bias in policing and cannabis enforcement, and future research using FBI data is warranted, the organization adds. However, disparities between bi- or multiracial people can’t be examined since the FBI program only allows for an individual to be coded as one race. Arab and Middle Eastern people aren’t included in the data at all.