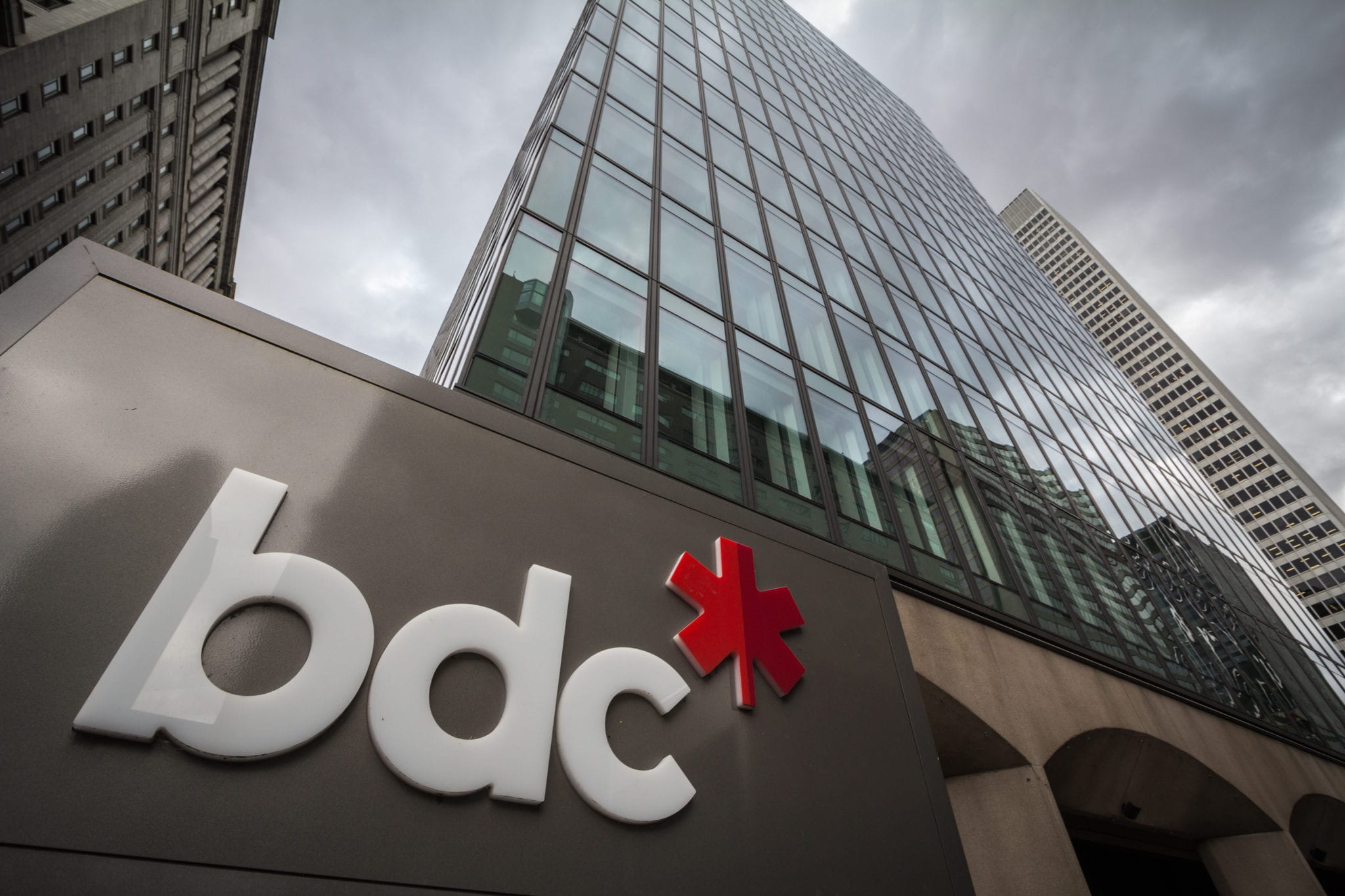 Canadian business owners are more worried about how to pay their bills than they are about their own health.

The survey was filled out by 10,550 respondents between April 3–6 and tracked the different ways businesses are struggling during these uncertain economic times.

“We need to do a better job figuring out how to flatten the curve on small business failure, as the situation is pretty desperate,” CFIB executive vice-president Laura Jones said in a press release. “Broadly speaking there are three big challenges — relief is slow coming for bills due now, people are falling through government eligibility cracks, and too much of the relief is in the form of deferrals and loans, which just adds to the fear of coming out of this crisis with a mountain of debt that will be difficult or impossible to repay.” 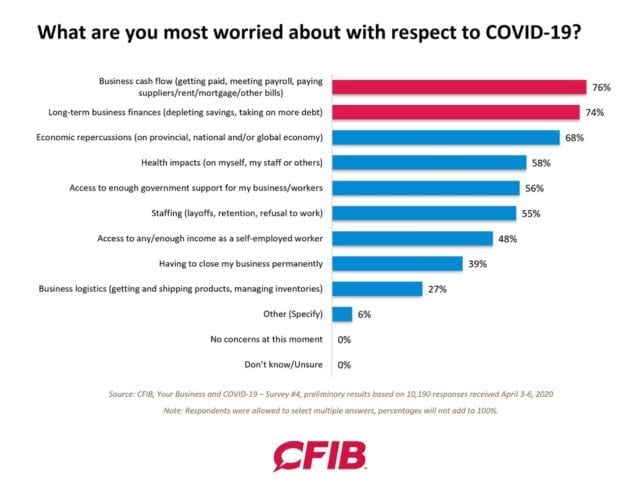 Businesses surveyed were asked what they were most worried about with respect to COVID-19. Graph via Canadian Federation of Independent Business

So far, 30 per cent of businesses have been forced to close and over half report reducing their hours. And that’s having a serious impact on income.

One third of businesses say they don’t know how they’ll pay their April bills, which includes rent and employee payroll.

Out of the provinces and territories, Alberta’s businesses are being hardest hit with 32 per cent saying they don’t have enough cash flow to pay this month’s bills, closely followed by Newfoundland and Labrador and British Columbia with 31 per cent of small businesses feeling the crunch.

Businesses in the hospitality industry reported being the most impacted, with half unsure of how they’ll make it till May. On the other end of the spectrum, only 12 per cent of businesses operating in the natural resources industry are worrying about making ends meet.

On Monday, the federal government announced restaurants, night clubs and the cannabis industry would be eligible to apply for federal relief funds through the Business Credit Availability Program. Businesses can apply through their bank and get loans up to $6.25 million each.

But companies need access to more than loans, the CFIB said.

It’s proposing four recommendations to help businesses get through the pandemic and back to business as usual once this is all over.

Second, provinces should provide up to $5,000 in rent subsidies to help businesses that have had to temporarily close their doors or reduce store hours.

The CFIB is also asking that business owners and the self-employed be allowed to have a small income on top of collecting the Canada Emergency Response Benefit, which pays out $500 per week for up to 16 weeks for those laid off or out of work due to COVID-19.

Finally the CFIB is calling on all provinces to reduce commercial property taxes by 25 per cent.

“If we don’t do a good job helping main street businesses survive this today, the cascading effects will be felt for years to come,” Jones said. “They are the job providers and creators for millions of Canadians. They are the connective tissue of our communities.”

Top image: The Business Development Bank of Canada announced Monday cannabis companies, restaurants and bars were eligible for an additional $40 billion in loans. But businesses need more than loans to weather a pandemic, the Canadian Federation of Independent Business said. Image via Deposit Photos 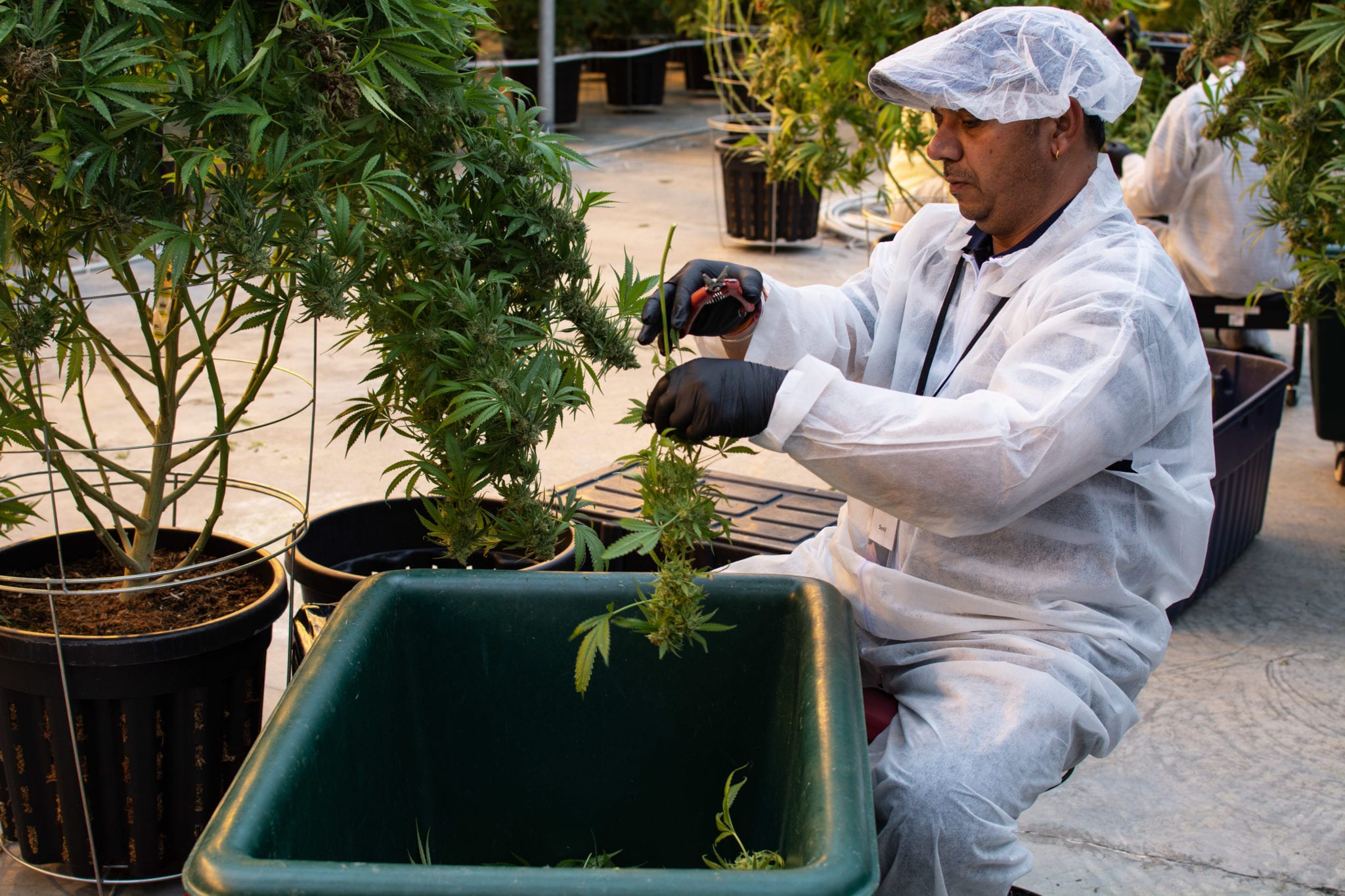 Businesses have to apply through a bank, many of which still refuse to work with cannabis 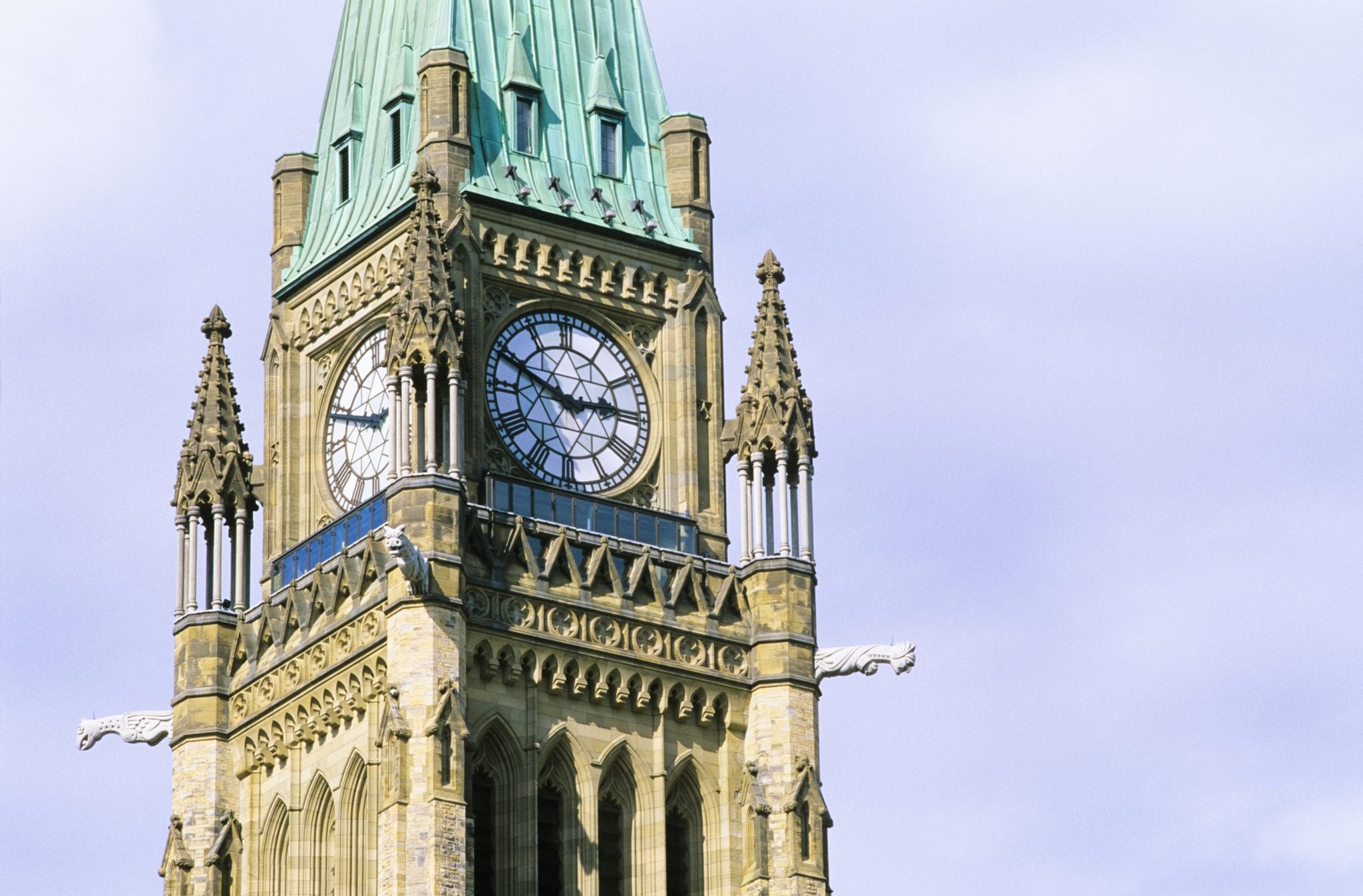 To apply for relief funds, weed companies need to have 3 quarters of positive cash flow 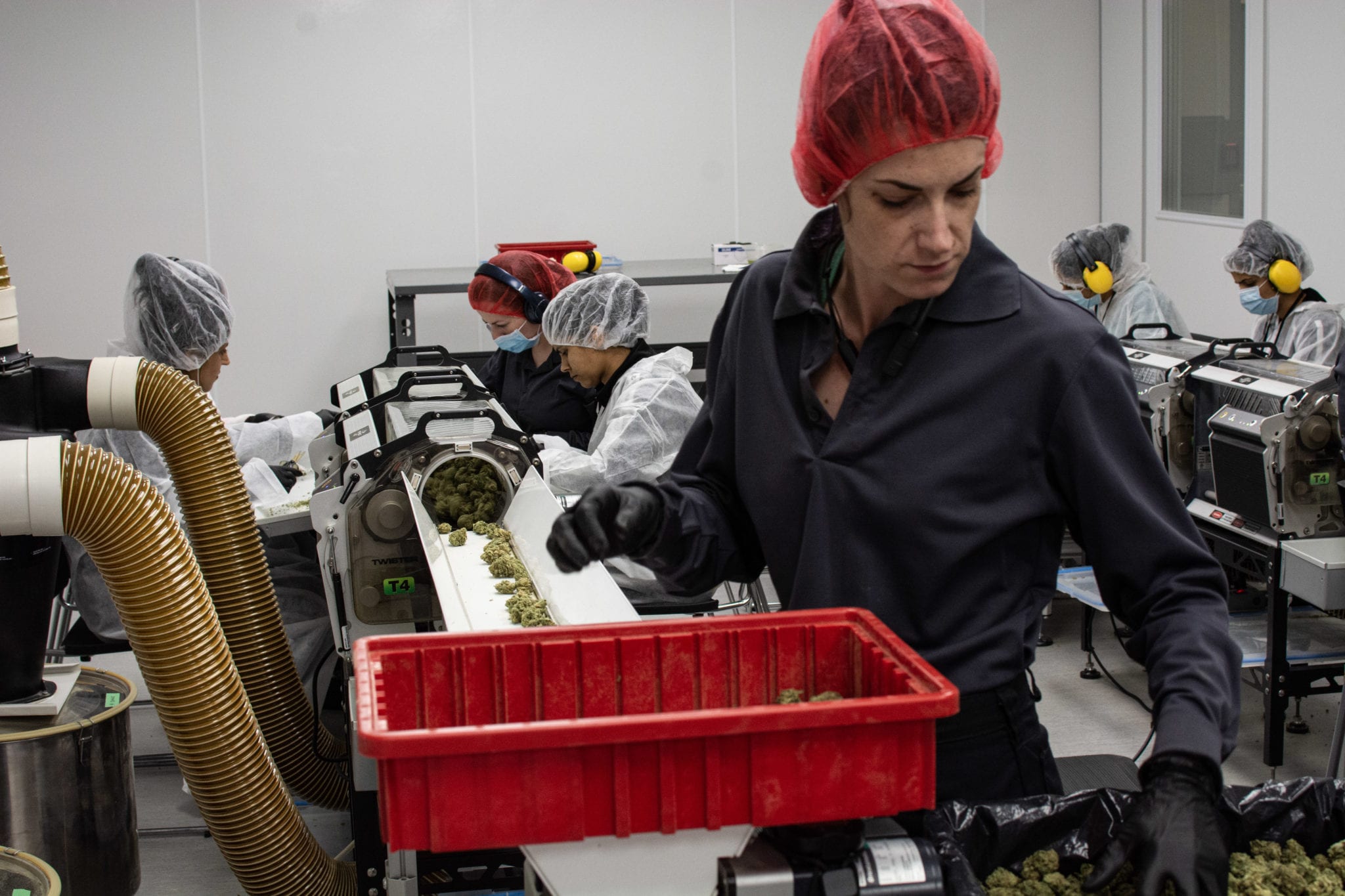