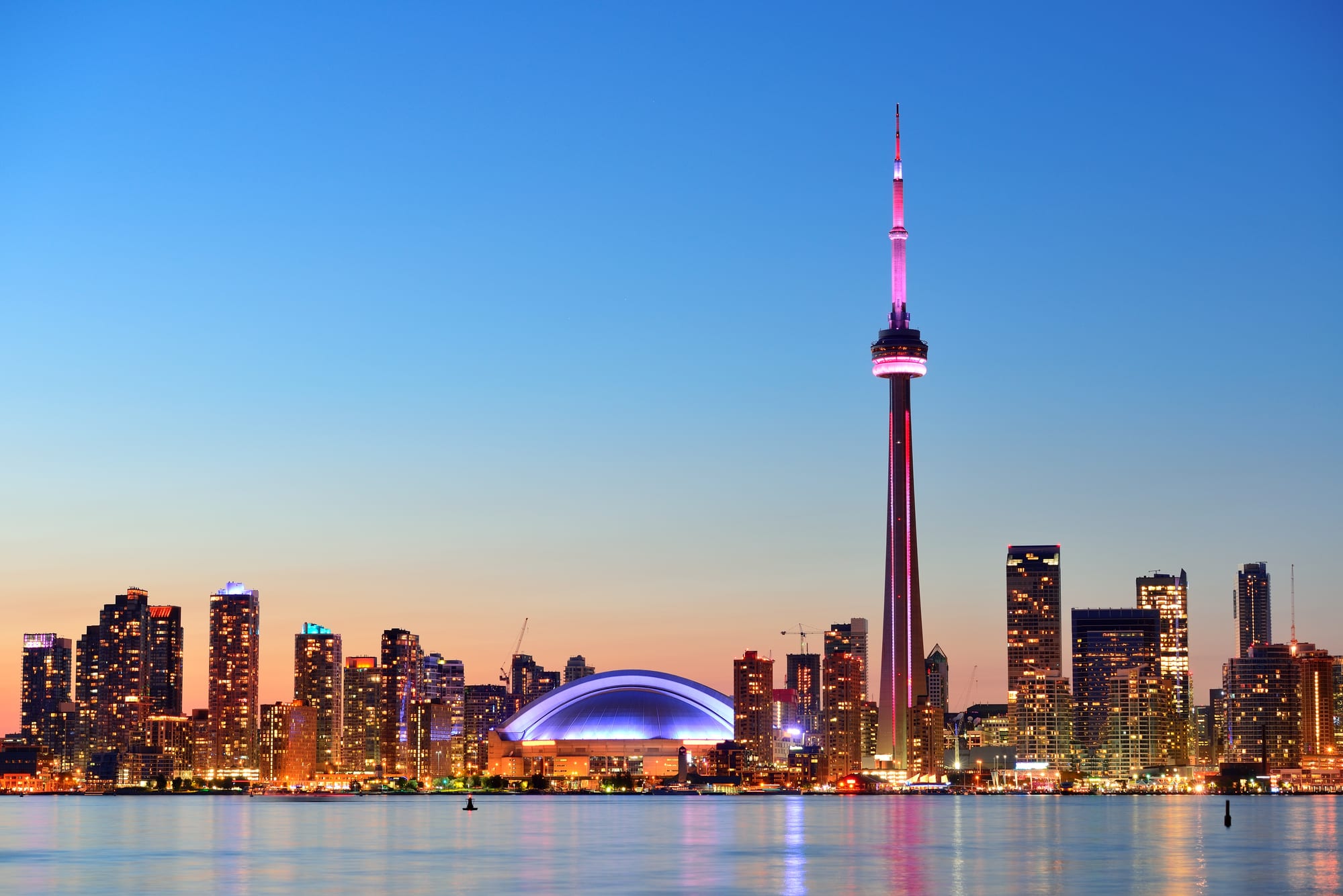 To anyone who’s been following Canada’s Neverending Weed Story, they would know the current retail scheme is not the luckdragon our nation needs to escape the Swamps of Sadness and defeat The Nothing.

For the purposes of this completely necessary metaphor, The Nothing represents the current embattlement of the illicit and sanctioned markets, and curing Fantasia — aka Canada — of this looming scourge embodies the future legal economy that works for cannabis producers and consumers alike, of course.

But the vast majority of Ontarians are still choosing to get their cannabis from illicit sources, according to a recent survey.

Whether it’s to watch nostalgic ’80s fantasy movies or not, data from Responsible Cannabis Use (RCU) shows the lack of access to well-priced, reasonably-packaged, quality weed isn’t encouraging people to buy from legitimate sources.

Only 25 per cent of respondents said they get their cannabis legally, with the rest going to their dealer, friends or elsewhere.

And 64 per cent indicated they will not buy from licensed retailers because prices are unreasonable.

“There was overwhelming feedback in regards to the cost of legal cannabis, the quality of the products available and the waste created from the packaging,” RCU said in a press release Thursday. “Many Ontarians stated that they will continue to purchase illegal cannabis products or grow their own plants at home.” 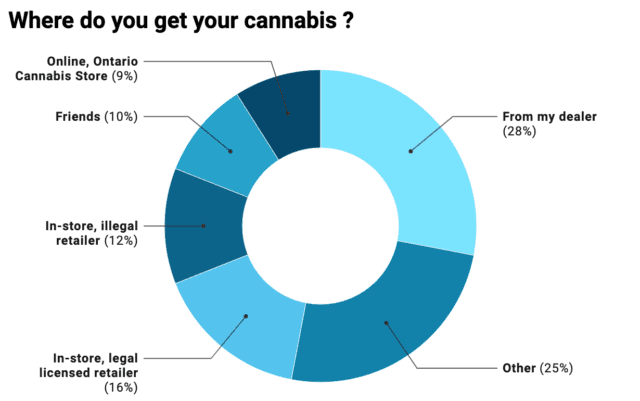 Data showed 75 per cent of respondents said they don’t get their cannabis from legal sources. Chart courtesy of Responsible Cannabis Use

As legal cannabis is a relatively new concept for consumers, many are still learning the laws and believe retailers should help educate them, RCU said. Education currently falls on the budtender, but it’s unrealistic to expect them to cover product information, pricing and laws in their short interactions.

“Access to licensed retailers, competitive prices and education at point of sale are key factors in addressing the illicit market,” RCU CEO Afshin Mousavian said. “It’s important to note that licensed retailers will have to abide by strict rules and policies which ensure public safety — the illicit market does not have these concerns or overheads.”

“The Ontario Cannabis Policy Council is urging the government to address any hurdles which remain in implementing a merit-based, open allocation system, as well as allowing licensed producers to directly negotiate with retailers to help establish a fair competitive marketplace,” council co-chair and Fire & Flower CEO Trevor Fencott said.

The Ontario government announced late Thursday it would be eliminating its retail lottery system, following a story by the Globe and Mail.

RCU is a member of the recently minted Ontario Cannabis Policy Council, a group of business experts and executives under the Ontario Chamber of Commerce.