The Australian government is going to fund a series of clinical trials that use psilocybin, MDMA and other psychedelic drugs in hopes of discovering potential breakthrough therapies for debilitating mental illnesses.

There is growing global evidence that shows psychedelics can successfully treat mental health conditions like treatment-resistant depression and post-traumatic stress disorder when applied under psychiatric care in a controlled setting.

“The early results of trials in Australia and internationally are extremely encouraging, but more research is desperately needed before these approaches can be used by psychiatrists outside of controlled clinical trials,” Australian Minister for Health Greg Hunt said in a statement. “It is vital that we continue to support the search for new and better treatments for mental illness.”

The grant opportunity will boost local research into potentially life-saving therapies and offer hope to all those suffering from mental illness, including Australia’s veterans and emergency service personnel dealing with the devastating effects of PTSD, Hunt added.

The announcement comes weeks after the country’s Therapeutic Goods Administration said in the interim it would not amend its guidelines to give health care professionals greater access to psychedelics. 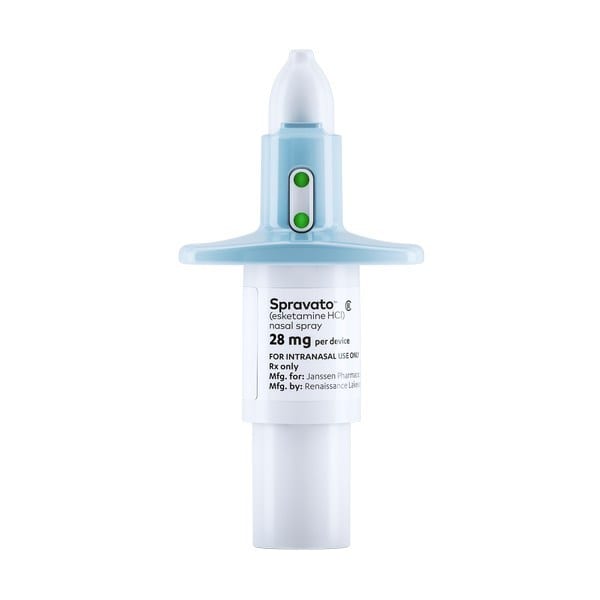 In 2019, the U.S. FDA approved Spravato, a ketamine-based drug made to treat depression. Press photo

Meanwhile, the U.S. Food and Drug Administration has granted breakthrough status to some of these illicit substances due to their proven effectiveness in clinical trials for PTSD and major depression.

However, the Australian department of health noted Wednesday that psychedelic treatments need to be explored further because they offer a promising new approach to treating damaging mental illnesses that are resistant to first-line treatments.

Many of the standard treatments for these illnesses have varied efficacy and recovery rates, the department added, and there have been few advances in novel pharmaceutical discoveries in recent years.

In recent months, advocates have been pushing the Therapeutic Goods Administration to reclassify drugs like psilocybin and MDMA from its list of prohibited substances. The TGA will make a final decision on April 22.

In a statement, non-profit group Mind Medicine Australia praised the government’s new research-funding effort, but urged lawmakers to legalize the medical use of psilocybin and MDMA.

“These medicines have been shown in overseas trials to be safe and non-addictive when used in medically controlled environments and are achieving very high remission rates,” MMA chairman Peter Hunt said.  “They should be available for use in our medical system across Australia with TGA approval on a case-by-case basis.”

Advocates say that Australia is in the absurd situation where psychiatrists can get approvals from the TGA to use these medicines as part of psychotherapy, but they can’t use them because states and territories don’t have permit systems for these medicines because they’re banned.

Since 2019, Canada and a number of U.S. jurisdictions have eased their laws to grant patient access to psychedelic therapy — opening the floodgates for major treatment initiatives, scientific innovation and groundbreaking research.