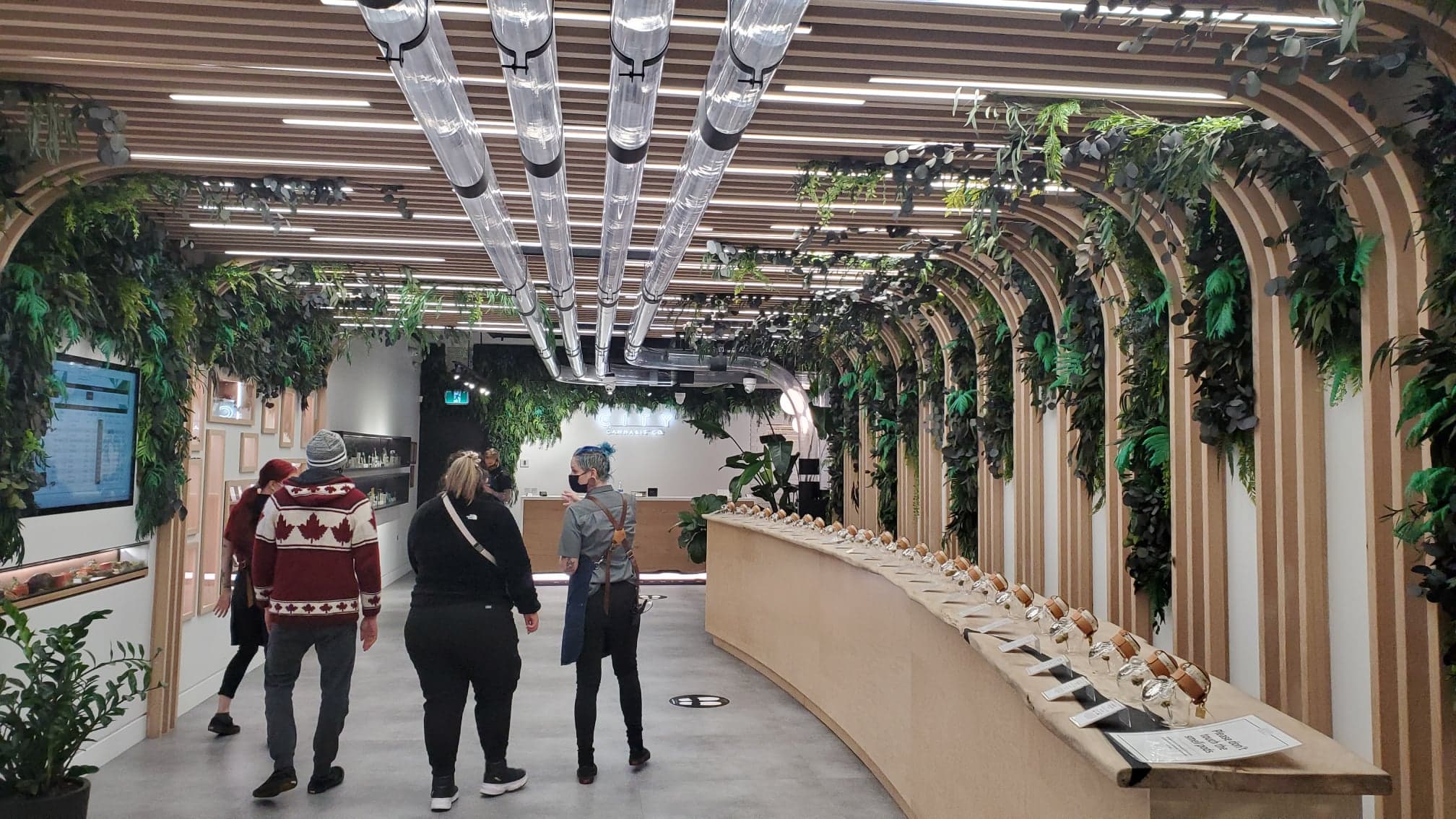 Photo of City Cannabis in Vancouver by Jared Gnam

After a notable rise in the spookiest month of the year, pot sales in Canada lost their previous month’s gains in November, according to the latest federal data.

Revenues fell across most major regions, except in Ontario, where monthly pot sales rose almost 2 per cent to $148.4 million from $145.7 million. Sales also inched up over 1 per cent to $14 million in Saskatchewan.

Excluding October, monthly retail figures hovered around $353–354 million from August through November, suggesting a possible growth plateau. If Halloween at least in part accounted for the October surge, could new sales outside of Ontario have hit a wall for now? 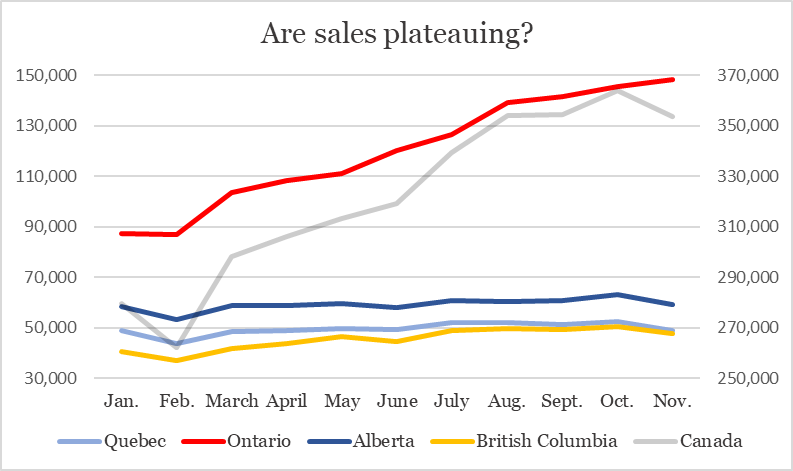 Excluding a blip in October, sales were flat from August through November. Chart by Mugglehead via StatsCan data

November sales took a nosedive in Quebec, falling nearly 7 per cent to $48.9 million and hitting a seven-month low.

Retail performance hit a five-month low in Alberta, as cannabis sales dipped 7 per cent to $59 million from $63.2 million.

Revenues from legal weed fell 5 per cent in British Columbia to $47.8 million from $50.5 million.

Across all retail sectors, StatsCan reported growth of nearly 1 per cent to $58.1 billion. Sales increased in six of 11 subsectors, representing 64 per cent of retail trade. 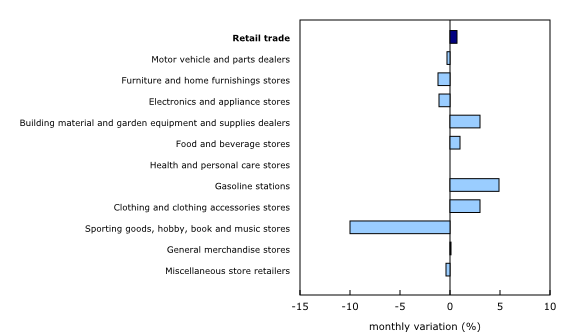