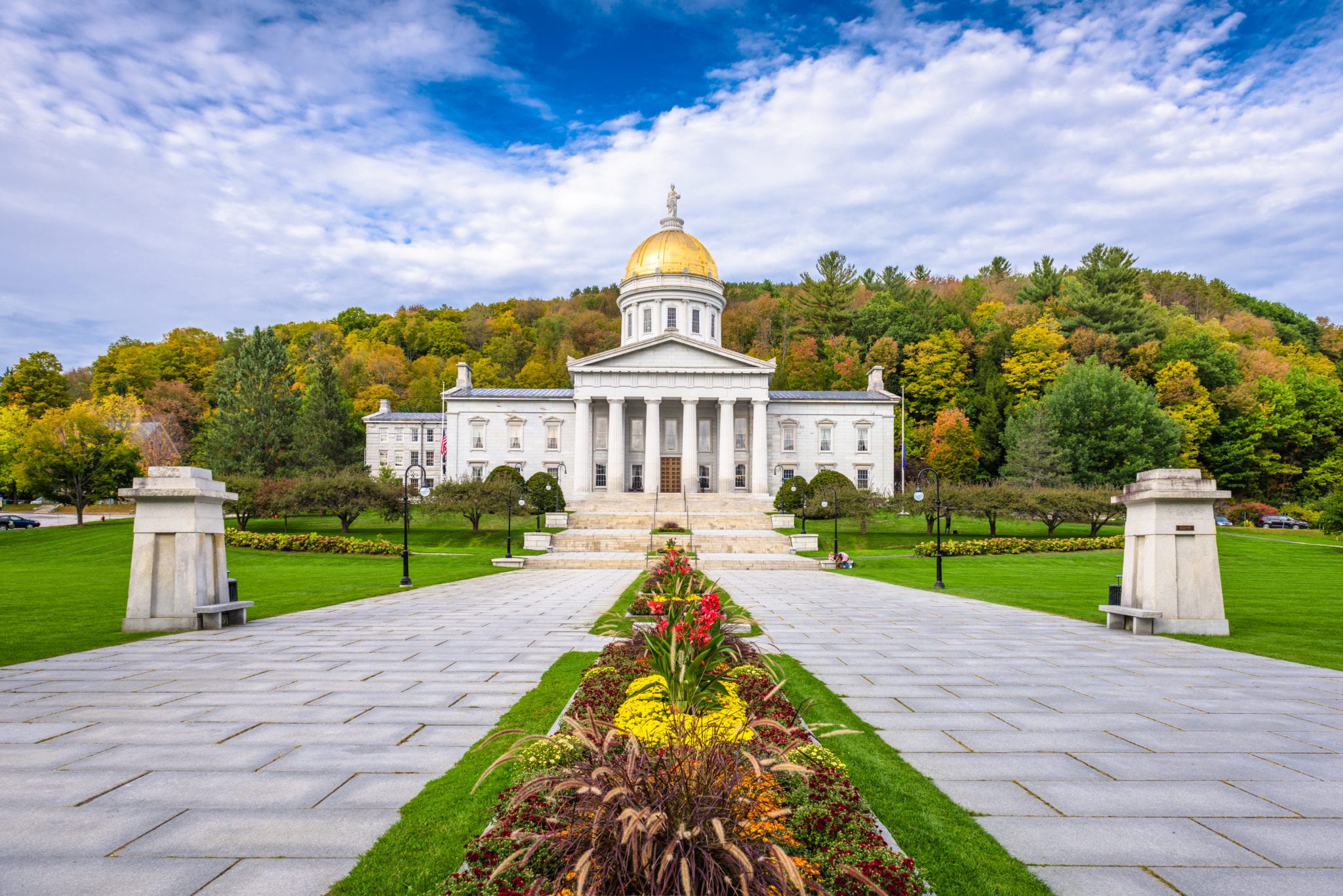 The Vermont State House in Montpelier, Vermont, USA in the afternoon.

Vermontians will finally be able to buy legal weed.

The governor of Vermont said Wednesday he will allow a bill to legalize, regulate and tax recreational weed sales to pass without his signature.

While state lawmakers legalized possession and cultivation of two plants for adults in 2018, they didn’t permit the commercial production and sale of cannabis.

But Republican Gov. Phil Scott chose not to veto the new commercialization bill, which will finally establish a tax-and-regulate system — although not completely until October 2022.

Cannabis advocate groups praised the move, highlighting how Vermont will become the 11th U.S. state to legalize an adult-use market.

“Senate Bill 54 represents an opportunity to bring common-sense controls to the adult-use marijuana marketplace, which is currently unregulated, unlicensed, and untaxed,” NORML state policies coordinator Carly Wolf said in a statement. “This is a victory for those who wish to disrupt the illicit marketplace and move forward with an above-ground, regulated cannabis marketplace.”

Gov. Scott was also commended for passing separate legislation that will expunge low-level cannabis convictions. The law takes effect Jan. 1, 2021, which is expected to result in 10,000 people having their records cleared of possession charges of two ounces or less, according to NORML.

The Marijuana Policy Project, which helped coordinate lobbying efforts on both bills, says it’s grateful for all the support in pressuring lawmakers to end prohibition in Vermont.

Because Bill 54 was debated and amended for several months via online meetings by members of both state chambers, there were fears lawmakers would be forced to start over with a new bill next year.

However, Gov. Scott said in a statement that the legislature made substantial progress addressing key concerns — primarily on impaired driving, taxes and local control — which helped the measure ultimately pass.

Under the new bill, a cannabis control board will be established on Jan. 19, 2021, to finalize regulations for a legal marketplace and to address other concerns.

So far, the legislation will enact a 14 per cent excise tax on legal sales, in addition to the state’s 6 per cent sales tax. Potency for THC with dried flower will be capped at 30 per cent, while concentrates will be limited to 60 per cent. Products cannot be packaged in a way that appears appealing to children. And municipalities will need to hold a vote on permitting production and retail operations within their jurisdiction.

Gov. Scott said he was also concerned that the new law doesn’t meaningfully address fixing communities that have been most negatively affected by cannabis prohibition. He pointed out how the current proposed licensing construct would give Vermont’s existing medical dispensaries a head start by allowing them to convert their medical licences into integrated licences that include recreational sales.

“This creates an inequitable playing field both for our smaller minority and women-owned business applicants, and other small Vermont growers and entrepreneurs,” he said. “I encourage the Legislature to look to the state of Illinois as a benchmark in how to create a cannabis market that is equitable and moves toward economic justice.”

The bill will make all medical cannabis tax-free for patients, and potency limits won’t apply to medical products.

Gov. Scott said finalized regulations must focus on education and prevention for children. The new bill dedicates 30 per cent of the excise tax to fund such efforts, with up to US$10 million going toward after school and summer learning programs.

By March 2022, final rules will be adopted for all adult-use cannabis businesses. And in May of that year, medical dispensaries that receive the integrated licences will be permitted to sell the first recreational products.

However, recreational producers won’t be issued licences until June 2022, and adult-use retailers won’t be eligible for licensing until that October.